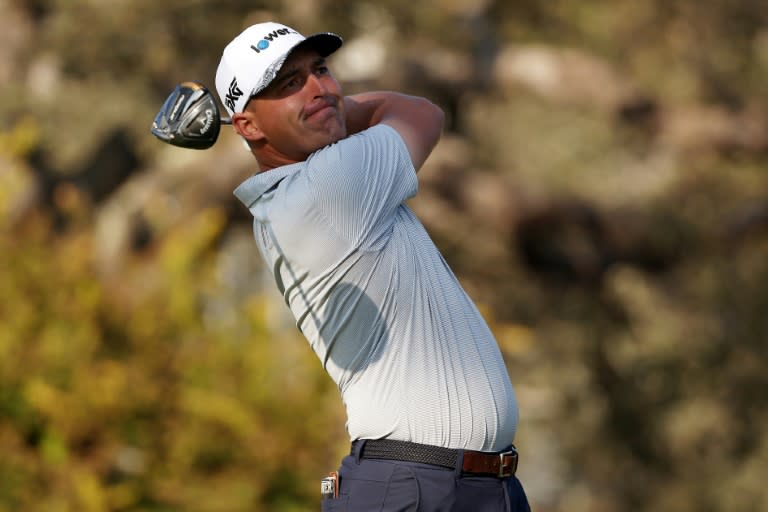 Lower, who barely kept his playing rights for the 2022-23 campaign, matched his PGA career-best round to jump atop the leaderboard at Silverado in Napa, California.

“Any time you can open up with a 63 is pretty awesome,” Lower said. “But a lot of golf left so need to keep at it and go the next three days.”

A 90-minute fog delay at the start of play meant the last groups were unable to complete the first round before darkness, forcing them to return early Friday to finish before starting their second rounds.

Lower, 33, was in tears last month after thinking he had missed keeping his card by a single stroke over the entire campaign of his rookie season.

But when the players who defected from the US PGA Tour to the LIV Golf Series were removed from the season points list, Lower moved into the top 125 and kept his playing status for the new season.

“It has been kind of a whirlwind after that, just the emotions of it and everything,” Lower said. “I feel really grateful to be here.”

Defending champion Max Homa was second on 65 with a bogey-free 67, barely finishing before play was halted.

Sharing third on 66 were South Korea’s An Byeong-hun and Kim Seong-hyeon and American J.J. Spaun.

The lowest score among those yet to finish their opening round was American Robby Shelton, who was on 5-under with five holes remaining.

Lower, who began on the back nine, sank a four-foot birdie putt at 14 and began a run of four consecutive birdies at the par-5 16th, his longest putt in the span being a 19-footer at the par-4 17th.

“I couldn’t tell you,” Lower said when asked how he did it. “I had two hole outs. They were just little chips but they were tough chips. I think I went the whole fall season last year without having a hole-out.

“Just an awesome round. Tee to green was really good. Just kept it steady and when I got into trouble just tried to get it back in play and limit mistakes as much as I could. It ended up working out.”