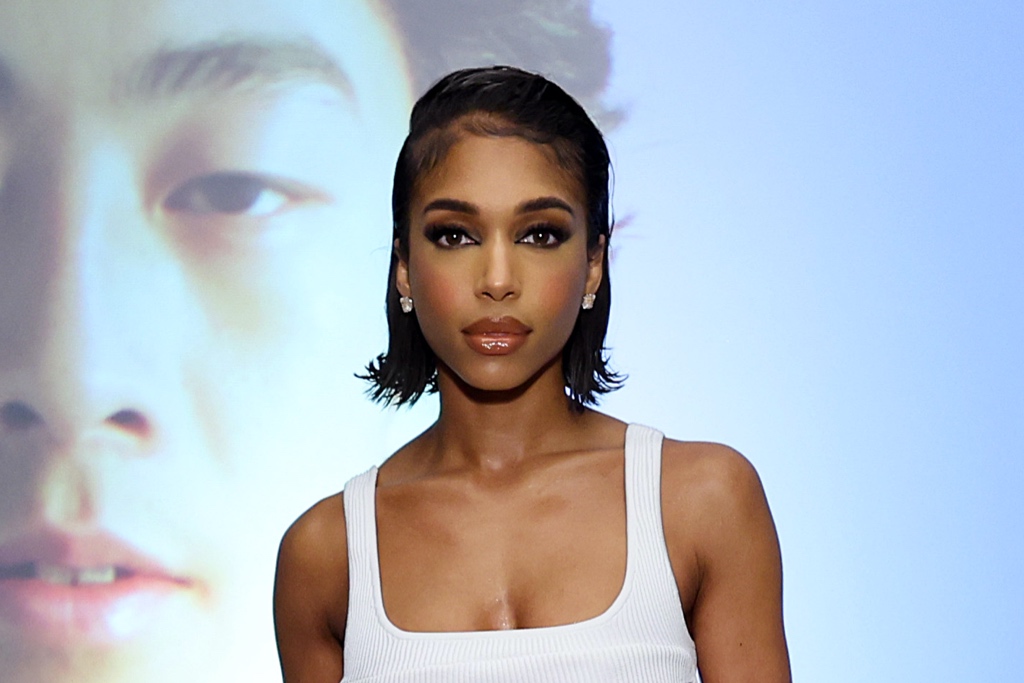 Lori Harvey hit yet another New York Fashion Week event over the weekend.

To the anniversary party, Harvey wore a look from Christian Cowan. On top, she wore a white sleeveless shirt that was cropped into the smallest bra top with a raw hem. She paired the daring tank with an oversized, bright pink ballgown skirt. The luxe, velvet skirt flared out at the hips but featured a skin-tight bodice. She added simple stud earrings to her dramatic outfit.

Harvey is everyone’s favorite It-Girl due to her confident attitude and incomparable style. The businesswoman has an ultra-chic sartorial sense that she continues to display at formal events, while traveling and when she hits the pavement around LA. Her wardrobe is a mix of streetwear and athletic apparel. Though hidden at this event, Harvey’s shoe style is equally as stylish, consisting of several Yeezy silhouettes, lace-up sandals and chunky boots. She has made a name for herself within the industry by starring in campaigns for Dolce & Gabbana, Michael Kors and Valentino. She has also partnered with Sephora and PrettyLittleThing.