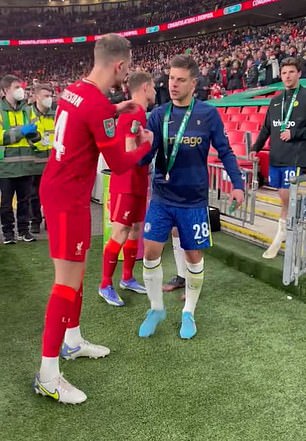 Liverpool captain Jordan Henderson and vice-captain James Milner have been heralded as ‘pure class’ after their gesture to the Chelsea players following the Carabao Cup final.

The Reds were victorious after a goalless draw at Wembley, coming through 11-10 in a penalty shoot-out with Chelsea goalkeeper Kepa Arrizabalaga – brought on just for the spot-kicks – the only player to miss his penalty.

It’s the Reds’ ninth League Cup and sets them potentially on their way to a historic quadruple this season – yet Henderson and Milner took a moment to congratulate their opponents on their performance, rather than getting carried away in the post-match celebrations. 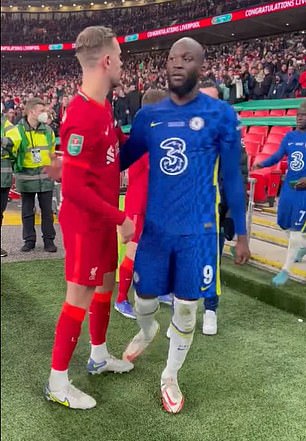 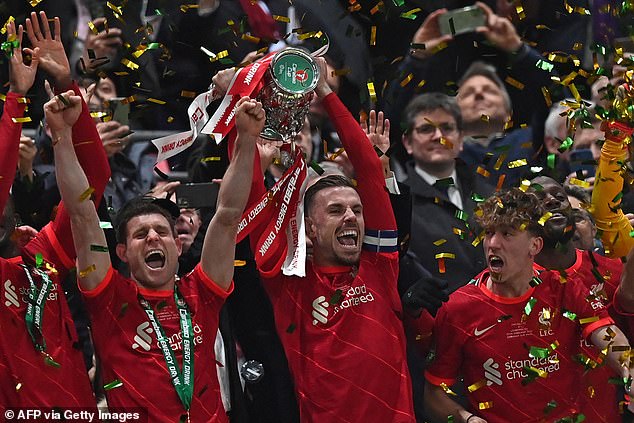 After Chelsea went up to collect their runners-up medals, the Liverpool leadership pair shook the hands of every Chelsea player as they arrived back at pitch-level.

The video online described the pair as ‘pure class’, as they showed graciousness before heading up to lift the trophy.

With Liverpool also still in contention in the Premier League, Champions League and FA Cup, a historic campaign beckons for Jurgen Klopp’s side.

Klopp admitted afterwards that this trophy could just ‘be the start’ this season, saying: ‘We are not silly. You need luck, we needed luck tonight. 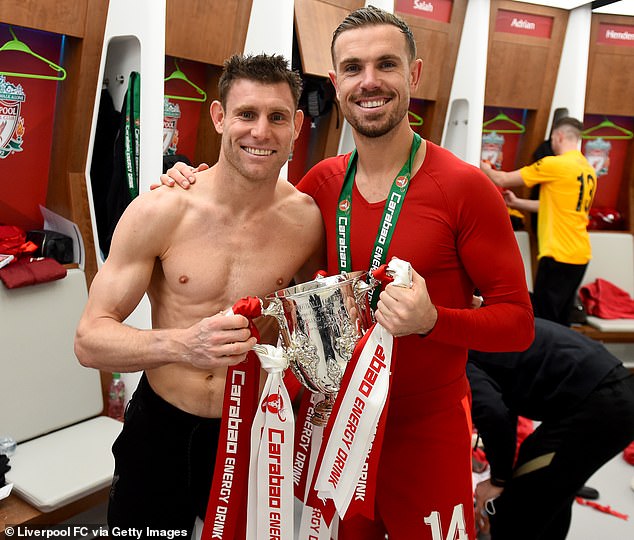 A historic campaign now beckons for Henderson, Milner and the rest of Jurgen Klopp’s side

‘We have to survive, work hard and we have to play on Wednesday again, which I cannot believe at this moment. But Anfield will be rocking because of this result and hopefully we can deliver a game to enjoy.’

Henderson added: ‘Today was really special. I never take for granted playing for this club. The fans deserve it and hopefully it can kick-start us for the rest of the season.’

Liverpool are back to action sharpish, as they host Norwich in the fifth round of the FA Cup on Wednesday night at Anfield.