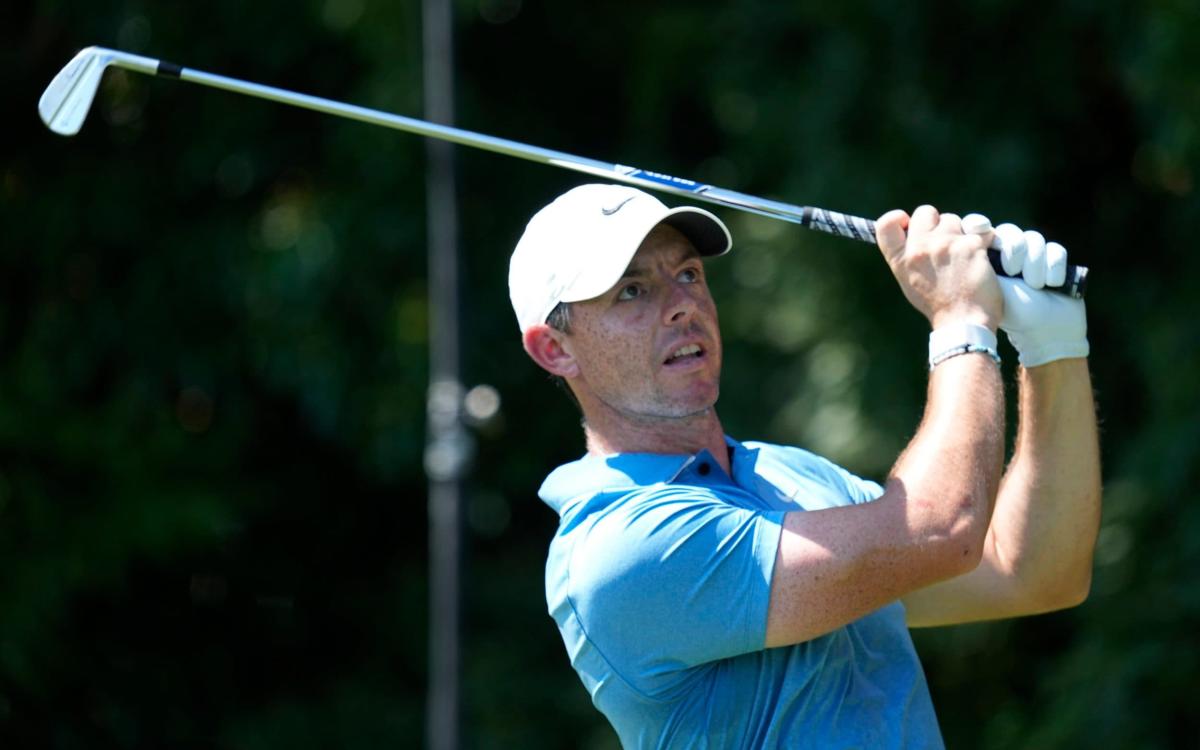 Rory McIlroy had a dinner date with Europe Ryder Cup Captain Luke Donald in Rome on Wednesday night to plot how to move on from the LIV defectors who the world No 2 claims were only “filling out the team” in last year’s record defeat.

McIlroy is playing in Thursday’s opening round of the Italian Open for the first time in his pro career, in order to check out the layout where next year’s match will be staged.

But in the conflab with Donald, not only was course set-up on the agenda – and unashamedly how to “trick up” the Marco Simone Country Club to favour the home side – but also the youngsters who McIlroy believe are vital for Europe going forwards.

After reiterating his opinion that the rebels should not be able to wear the blue and gold regardless of the legal case early next year that could rubberstamp their continued eligibility – “if I’ve said it once I’ve said it a hundred times, I don’t think any of those guys should be on the Ryder Cup team,” he said – McIlroy declared that the humiliation in Wisconsin proved that time was up regardless for those mainstays who subsequently joined the Saudi-funded circuit.

McIlroy even went as far to suggest that the LIV exodus of Europe’s golden oldies could be a positive in terms of the team’s strength. “We were in need of a rebuild, anyway,” McIlroy said. “We did well with the same guys for a very long time but everything comes to an end and I think Whistling Straits was a good sort of demarcation to say ‘that’s all behind us’.

“Luke’s got his thoughts and ideas and plans and I think it is the right time to start to look towards the future.  We have got a core group of guys but let’s build on that again, and instead of filling those three or four spots with veterans, let’s blood some rookies.”

Lee Westwood, Ian Poulter, Paul Casey and Sergio Garcia were the four over-40s in Padraig Harrington’s squad and although the latter won 3 out of 4 points to become the Ryder Cup’s all-time leading points scorer, the other three went pointless in the fourballs and foursomes. As far as the famous teamroom is concerned, McIlroy is not worried about Donald losing all that Ryder Cup nous.

“We have that core of six or seven guys with experience that I think we all know are pretty much going to be on that team, and that’s enough,” he said. “Then I think it’s up to some of the younger guys to step up over the next 12 months and put their hands up for a possible pick. The criteria this time are a little different. There are six wildcards.”

That “six or seven” presumably comprise McIlroy, Jon Rahm, Viktor Hovland, Matt Fitzpatrick, Shane Lowry, Tyrrell Hatton and Tommy Fleetwood, while Thomas Pieters, a record-breaking debutant in 2016 but who has not appeared again since, could stretch this to eight considering his form over the last year. McIlroy was also delighted to see Francesco Moilinari, who won five out of five for Europe in 2018, coming back to form last week with a top 10. “Having an Italian in the team would be huge,” said McIlroy, who played with Molinari in the final round at Wentworth as he, himself, finished in a tie for second behind Lowry

Not everyone agrees with McIlroy’s draconian line towards the rebels. Fitzpatrick, the reigning US Open champion, says his simple ambition is to deny the US their first win on Europe soil for 30 years.

“There’s only one [LIV player] who I had a conversation with last week,” said Fitzpatrick, the world No 11 who is also in the Italian Open field. “And I told him I’d happily have him on the team. I’d have no issues. I want to win, that’s all that matters to me, and if that means having whoever on the team, then so be it.”

Fitzpatrick was seen talking to Garcia at the West Course. The Spaniard controversially pulled out after an opening 76, but is expected to play in LIV Chicago, the event that tees off on Friday. The first prize at Rich Harvest Farms Country Club is more than £3 million, while the winner in Rome takes home a little under £500,000.