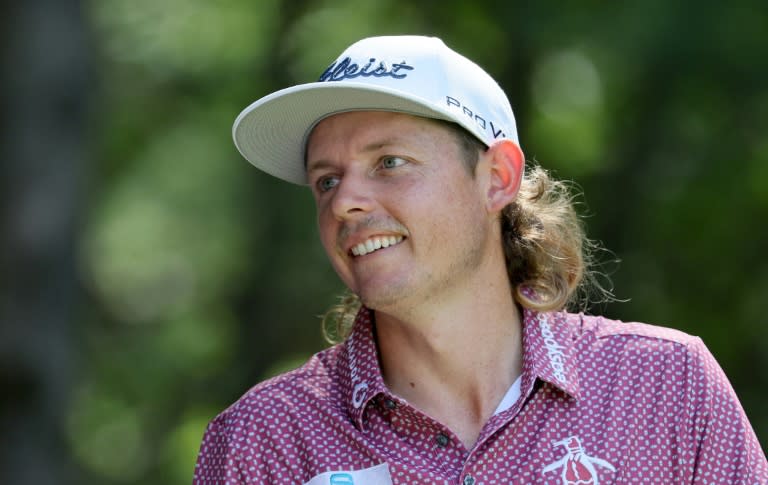 The upstart Saudi-backed LIV Golf Series pulling talent from the PGA Tour has diminished next week’s Presidents Cup, shattering an Internationals roster once considered a threat to the United States.

Instead, the global squad will field eight rookies against an American lineup with 12 of the world’s 26 top-ranked players when the biennial team matches begin Thursday at Quail Hollow.

Former world number two Cam Smith of Australia, the British Open winner, was chief among those defecting to the controversial new tour, which offers record $25 million purses but draws criticism due to the Saudis’ human rights record.

Chile’s Joaquin Niemann, Mexico’s Abraham Ancer, South African Louis Oosthuizen and Charl Schwartzel, Aussies Marc Leishman and Matt Jones and India’s Anirban Lahiri were also among those banned by the PGA for the Cup after leaving for LIV Golf.

“Is it disappointing? I’m not going to lie to you, absolutely it’s disappointing,” Internationals captain Trevor Immelman said.

“Everybody knows we’ve had our butts kicked, but that doesn’t mean we’ll come with any less passion and compete to try and win.”

The Americans lead the all-time rivalry 11-1-1 and have never lost at home, but a peak Internationals roster was considered a contender after falling only 16-14 in 2019 at Melbourne in the most recent Cup.

“It’s sad to see it, but I’m going to be supporting the International team,” Niemann said. “I’ve got a lot of friends there. Hopefully they beat the Americans.”

“Definitely going to miss it,” Lahiri said. “It’s something I care about deeply and it’s unfortunate how things are, but I wish them the best.”

Leishman even questioned if it was a “true” Internationals squad without the lost talent.

“Certainly disappointing on a few different levels, the team missing out on Cam and Jaco, among others,” Leishman said. “It’s going to hurt the product and I don’t know if it’s a true International team.

“I guess you have to be in good standing with the PGA Tour… but I don’t know if that’s the best thing for the Presidents Cup going forward. If it was a true International team, you could be playing on any tour.”

While LIV golfers’ status for next year’s Ryder Cup remains in limbo, Bryson DeChambeau of the 2021 US Ryder Cup winners is among US LIV players hoping for another chance.

“The team events are only hurting themselves by not allowing us to qualify through some capacity,” DeChambeau said. “It’s sad. I think down the road that will change. (LIV Golf) will become something special.”

US captain Davis Love had sympathy for Immelman, the event and the sport.

“I feel bad for the game of golf right now,” Love said. “I feel bad for all of us, really. But Trevor has a job to do, and that’s to take 12 guys in there ready to play and he’s focused on that.

“It will be a great show once Thursday starts. This is a big, big distraction away from what we really should be talking about.”

“We knew it was up in the air. But this is what we have. We have 12 guys who are hungry and ready to go,” Davis said.

“It’s just a pretty tumultuous time right now, but regardless how it goes, we’re all going to come out of this better players for sure.”

PGA Tour commissioner Jay Monahan championed a “next man up” philosophy for the event.

“We’re in for a remarkable Presidents Cup,” he said. “Both captains and teams recognize that there’s a next-man-up philosophy. I think the depth both teams have, both captains are very comfortable with.”

Immelman, who signed on in early 2020 for the job, wasn’t always comfortable.

“There were some anxious times in there for sure, not quite knowing exactly where we were going to be,” Immelman said. “We could make those moves quickly, but it still was pretty frustrating at times.”

Immelman looks at what he has, not what might have been.

“I know we have 12 players that are hungry and want to be there,” said Immelman. “If we’re going to get into some really tough competition, I want the guys that are committed, and these are those guys.”