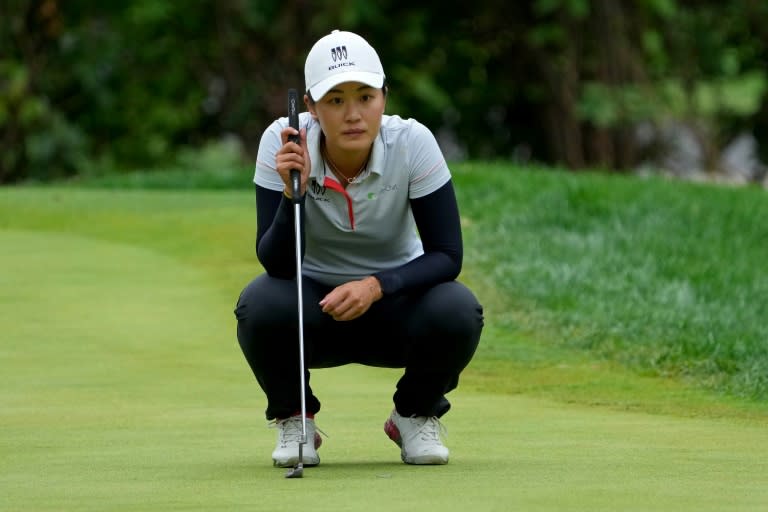 China’s Lin Xiyu grabbed a one-shot lead from in-form Thai teenager Atthaya Thitikul in the opening round of the LPGA Tour’s Volunteers of America Classic in Texas on Thursday.

Lin fired a six-under-par 65 to head the field at The Colony Golf Club, north of Dallas, in a low-scoring first round.

The 26-year-old from Guangzhou, chasing her first win on the US LPGA Tour, vaulted into the lead with a brilliant eagle on the par-five 17th hole that took her to six under.

Lin’s round included five birdies, with the lone blemish a bogey on the par-four fourth.

The 19-year-old Atthaya, meanwhile, coming off her second LPGA Tour victory at the NW Arkansas Championship last weekend, had to settle for a five-under-par 66 after a bogey on her final hole of the day.

Teeing off on the back nine, Atthaya surged up the leaderboard with a hat-trick of birdies on the 15th, 16th and 17th holes to make the turn at four under.

Two more birdies on the first and eighth holes left her at six under, before a bogey on the ninth dropped her down to a share of second alongside Lizette Salas, who also posted a five-under-par 66.

Thompson had seemed set for share of second place but saw an otherwise flawless round spoiled with a bogey on her final hole.

Three players, including Thailand’s Ariya Jutanugarn and France’s Celine Boutier were tied in eighth place after shooting three under 68s.