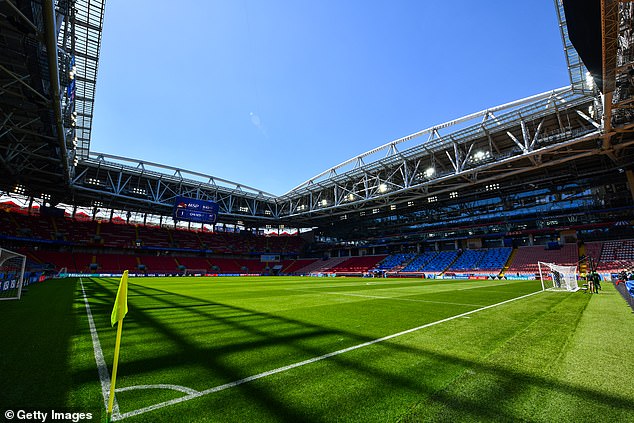 Leicester ‘sell just 25 TICKETS of their 675 allocation for their Europa League clash with Spartak Moscow’, with travel to Russia’s capital proving to be a nightmare for Foxes fans

Leicester City have only managed to sell 25 away tickets for Wednesday afternoon’s Europa League group game with Spartak Moscow, according to the Russian Premier League club.

Brendan Rodgers and his team set off for the Russian capital on Tuesday morning after they were scheduled to play the group game at the unusual time of 3:30pm (UK time) on a Wednesday – a weekday typically scheduled for Champions League matches.

With the Covid situation rapidly changing in Russia, the Premier League side were only allocated a total of 675 tickets for the game but have only managed to flog a handful for the game. 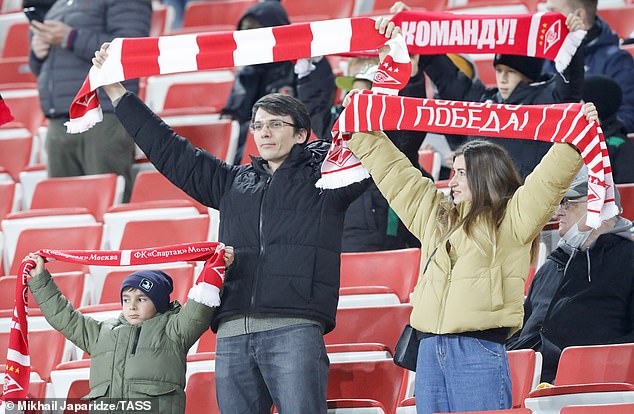 The 45,000-seater stadium will be at a reduced capacity for the Europa League group game

According to the head of Spartak’s press service, Dmitry Zelenov, there will be roughly 25 supporters in the away section for the game at the Otkritie Bank Arena stadium in Moscow.

‘About 25 people will support Leicester at the guest tribune,’ Zelenov told  Championat. 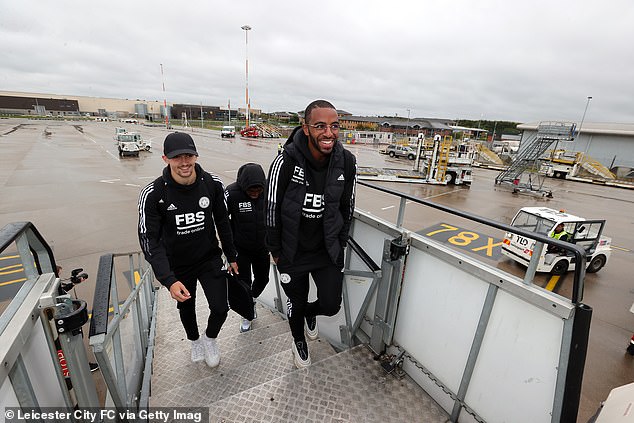 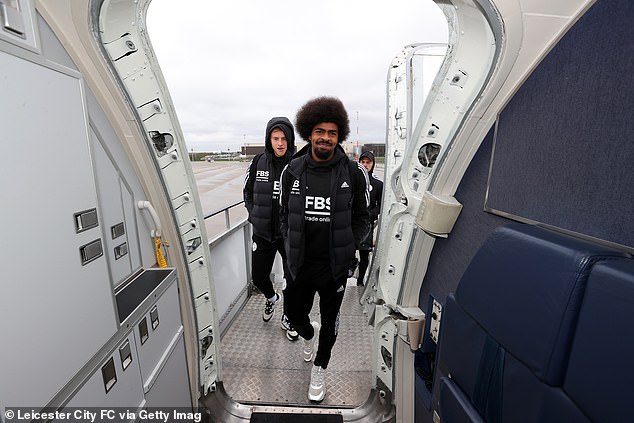 Tickets for Wednesday’s clash have been on sale since last Thursday, with both teams set to play in front of a reduced capacity at the 45,000-seater stadium due to Russia’s Covid regulations.

Leicester confirmed on their website that all seats inside the stadium would be socially distanced with masks to be worn at all times as a result of the changing Covid situation in the country.

Fans will need to provide a negative PCR Covid test – dated less than 72 hours before travel – and will be temperature-checked upon arrival in Moscow. 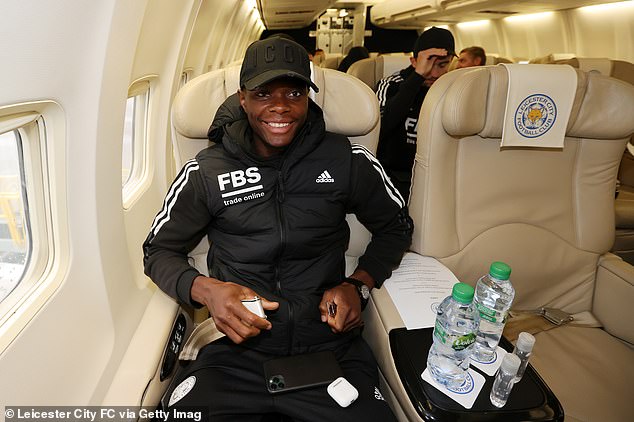 Patson Daka, who scored against Manchester United on Saturday, was also in a cheery mood

Travelling supporters from the UK are also no longer required to observe a 14-day quarantine period when arriving in Russia.

The Foxes made their way to Russia on Tuesday with the squad still in high spirits following their brilliant 4-2 win over Manchester United at the weekend.

Ricardo Pereira and Timothy Castagne flashed smiles for the camera as they boarded their plane at East Midlands Airport in Nottignham while one of the weekend’s goalscorers, Patson Daka, was also in a cheery mood. 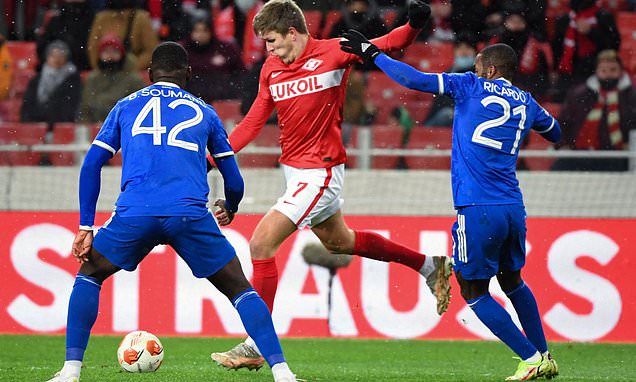 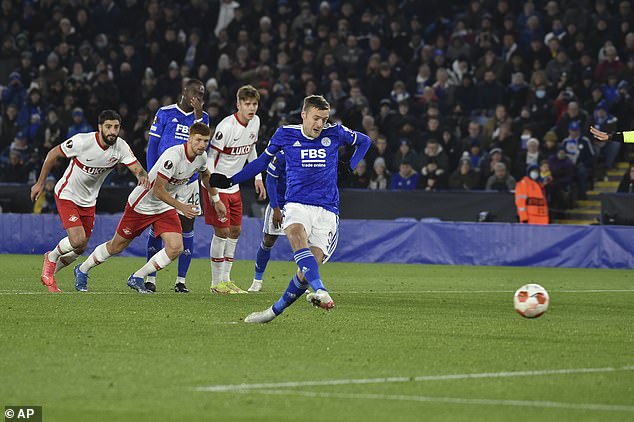