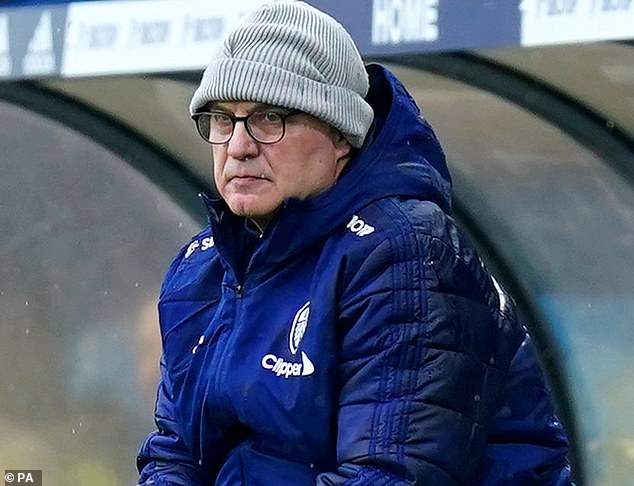 Marcelo Bielsa has blamed himself for Leeds’ defensive frailties this season – and admits he does not deserve the ‘patience’ of supporters.

The Whites shipped in another four goals against Manchester United on Sunday and have now conceded 50 times in the Premier League. Only bottom club Norwich have let in more.

And boss Bielsa admitted: ‘The defensive system needs to improve.

‘We have conceded 50 goals, the second most in the league. I have to account for this because I am responsible.

‘When I analyse the defensive behaviour, I refer to the structure I generate that has conceded 50 goals. I have to analyse what are the real reasons and how to avoid this from happening.

‘We need to see the reasons why we are conceding and then prevent them.’

Bielsa believes Leeds are missing defensive midfielder Kalvin Phillips, who has been out since December with a hamstring injury and is not set to return until next month.

‘The consistency the players in midfield offer allows us to strengthen the defensive system,’ he said. 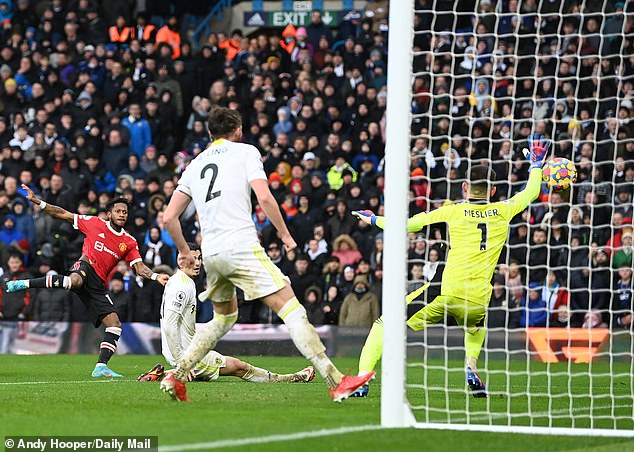 See also  How to win the dishwasher war: Which way up must the knives go? To rinse or not to rinse? 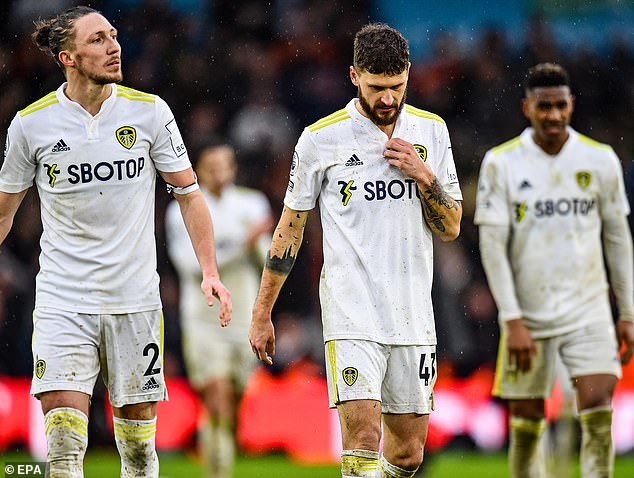 ‘The characteristics of the players in the midfield give it a more defensive or offensive profile.

‘In the game against Manchester, we did not have Phillips, (Robin) Koch or Pascal (Struijk). Three players who take on the role of defensive midfield to solidify them.’

Leeds have not won any of their last four games, losing three. However, Bielsa retains overwhelming support from fans, which was demonstrated again at Elland Road during the 4-2 defeat to United.

‘What has to do with me I appreciate and the fans have more patience than they should,’ said Bielsa.

‘What has to do with the team, it’s a recognition of what the team tries to achieve but they don’t manage to.

‘It’s a recognition of what they deserve to get and what is witnessed. The attitude of the fans is an example to us. The ones who believe the most are our fans.’

Bielsa did, though, condemn fans involved in throwing missiles at opposition players, as has happened on several occasions at Elland Road this season, most recently against United, when Anthony Elanga was struck.

Leeds this week vowed to hand lifetime bans to any supporters found guilty of lobbing objects on to the pitch.

‘It’s not necessary my opinion to evaluate the club’s actions in this case,’ said Bielsa. ‘But we agree that extra-sporting stuff damages the game.’ 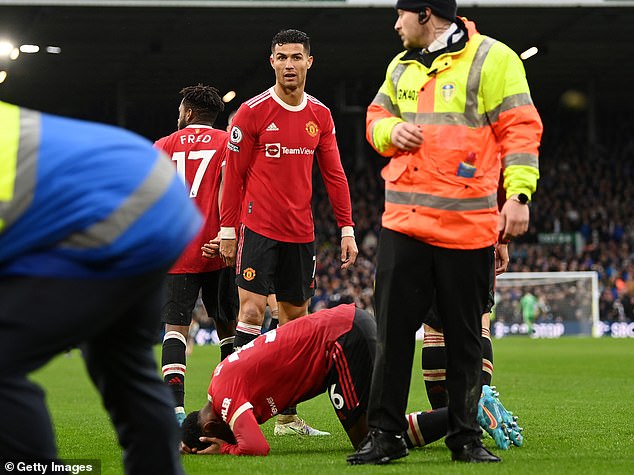 The Leeds centre-half clashed heads with Scott McTominay in the 13th minute but, after his wound was bandaged up by club medics, he kept playing until he was eventually subbed in the 31st minute.

After the game, Bielsa suggested Koch was only replaced because he had a cut and that was why he did not make use of an additional permanent concussion sub.

However, he has now clarified the German was showing concussion symptoms and it was his ‘absurd idea of not abusing the rules’ – in the wake of his role in the Derby ‘Spygate’ scandal – which prevented him using the extra replacement on offer.

‘I was convinced it was just the bleeding from the cut, that was the first conclusion after the (first) examination,’ explained Bielsa. 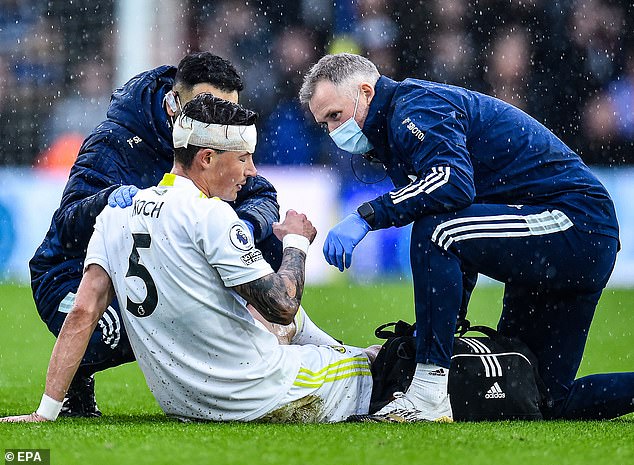 ‘When he manifested different symptoms, he was substituted.

‘Not every knock generates a sub. As I did not have the reason within reach, that’s why I did not want to make use of the fourth sub.

‘I did not have the certainty the sub was contemplated in deserving it. Initially, it was the cut and not the clash. After it was the clash.

‘I stayed with the position with the absurd idea of not abusing the rules.

‘If there’s something the medical staff at Leeds have done, it’s to abide strictly with the rules. If any club acted impeccably with health, it’s Leeds.

‘After what happened with Derby, I strictly abide by all the rules.’