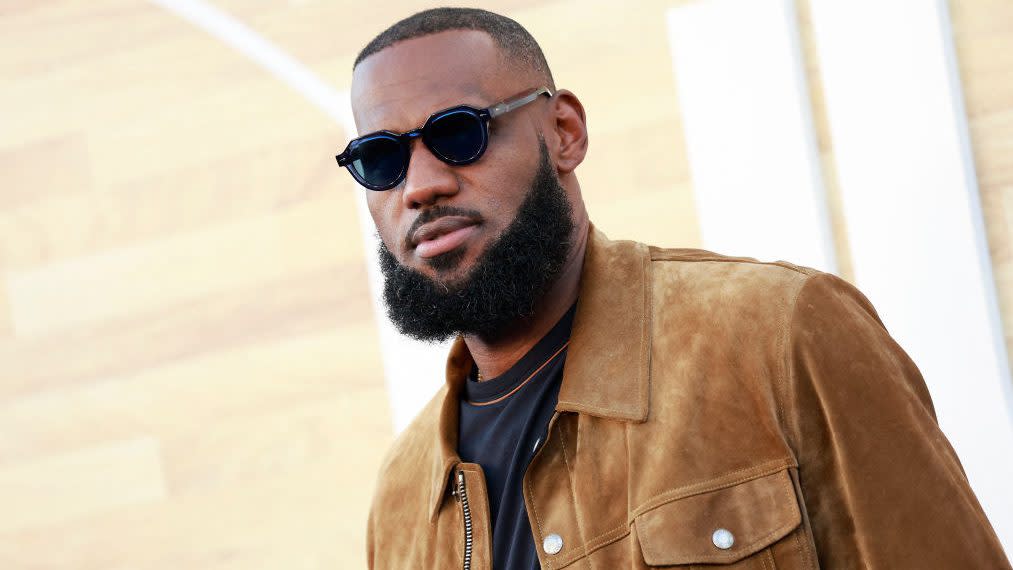 One of the reasons Donald Sterling was given a lifetime ban from the NBA and eventually was forced to sell the team back in 2014 was the pressure from players. His Clippers made a very public on-court protest, the Warriors and Clippers almost boycotted a game, and other players such as LeBron James raised their voices in protest.

That backlash hadn’t happened with Suns’ owner Robert Sarver, even after the league suspended him for a year and fined him $10 million for racist and misogynistic comments, as well as creating a hostile work environment for the Suns organization.

That was, until Wednesday afternoon, when LeBron spoke out.

LeBron is the first current player but far from the only voice saying Sarver got away with a light punishment for 18 years of offenses — that includes some current and former Suns employees.

“It’s barely a slap on the wrist and shows us the league truly doesn’t stand for diversity, equity or inclusion. I’m grateful to have the validation after being told I was insane, a bitch, and being dramatic. That definitely lets me breathe a little. But I’m angry. The league failed us when they had the opportunity to stand behind its values.”

Just hours before LeBron’s Tweet, NBA Commissioner Adam Silver defended his decision to suspend Sarver for a year, saying that he took into consideration the bigger picture, which includes the positive things Sarver has done and the progress he made.

“Let me reiterate, the conduct is indefensible,” Silver said at a press conference following a Board of Governor’s (owners) meeting in New York. “But I feel we dealt with it in a fair manner in both taking into account the totality of the circumstances, not just those particular allegations, but the 18 years in which Mr. Sarver has owned the Suns and the (WNBA Phoenix) Mercury.”

Silver said there was no discussion with the other owners about removing Sarver and forcing him to sell.

This was the most off-balance the usually smooth Silver had ever appeared at a press conference. He struggled to come up with a good answer for why Sarver would be able to continue as an NBA owner in 12 months when any league or team employee would have been fired for a fraction of the incidents detailed in a 36-page report the league commissioned. In doing so, Silver revealed the truth — owners can’t be fired.

“There are particular rights here of someone who owns an NBA team as opposed to somebody who is an employee…” Silver said.

“I don’t have the right to take away his team. I don’t want to rest on that legal point because of course there could be a process to take away someone’s team in this league. It’s very involved, and I ultimately made the decision that it didn’t rise to that level… There’s no neat answer here, other than owning property, the rights that come with owning an NBA team, how that’s set up within our constitution, what it would take to remove that team from his control is a very involved process, and it’s different than holding a job. It just is, when you actually own a team. It’s just a very different proposition.”

See also  Should international players be playing in tourneys like the EuroBasket before the NBA season?

Silver also spent considerable time explaining what was different to him about this Sarver case from the Sterling case, where the league gave an owner a lifetime ban and eventually forced a team sale.

“I think what we saw in the case of Donald Sterling was blatant racist conduct directed at a select group of people. While it’s difficult to know what is in someone’s heart or in their mind, we heard those words….” Silver said. “In the case of Robert Sarver, I’d say, first of all, we’re looking at the totality of circumstances over an 18-year period in which he’s owned these teams, and ultimately we made a judgment… It’s beyond the pale in every possible way to use language and behave that way, but that it was wholly of a different kind than what we saw in that earlier case.

One thing that was different with Sterling — aside the player pressure and the presence of the audio tape everyone could hear as opposed to a written report — was the fact that t team and league sponsors started pulling back from the Clippers. Big names sponsors — State Farm, Carmax, Kia, Corona — hit the other owners in the pocketbook. That changed the dynamic, although still not all owners wanted to force out Sarver.

Sponsors have yet to pull away from the league due to Sarver.

If players speak out, fans speak out, and sponsors pull away the dynamic around Sarver could change. But, for now, Silver has said his peace and both he and Sarver will keep their heads down and hope this situation blows over.

Players from the WNBA and NBA may not let that happen.

Report: Some Suns employees frustrated with ‘barely a slap on the wrist’… NBA takes it too easy on Sarver, shouldn’t to prevent this from happening… Suns’ owner Sarver suspended from NBA/WNBA for one year, fined $10…