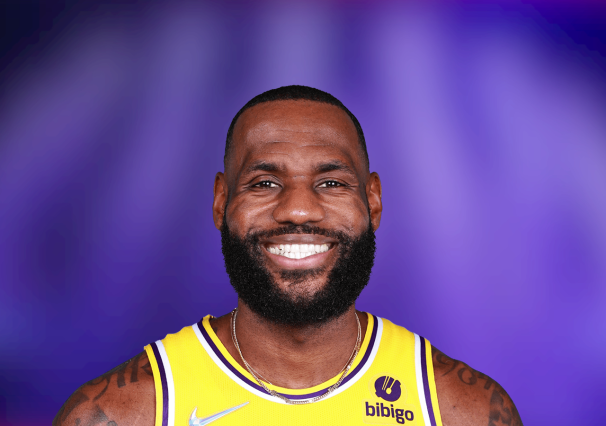 The Ringer founder was discussing the NBA on the latest episode of The Bill Simmons Podcast when he dropped a bit of “intel” about league expansion and how LeBron James may play a role in it. “I have some intel,” Bill Simmons said. “I think the league is going to expand to Vegas and to Seattle. And I think the leading contender to get that Vegas team is going to be the Fenway Sports Group. They have Liverpool, they bought the [Pittsburgh] Penguins. They’ve been circling different NBA teams for a while. I think they looked at Minnesota. And I think they’re the leading contender for Vegas. I heard, combined, we’re talking $6.5-7 billion for the two teams.”
Source: The Comeback

Kamenetzky Brothers @KamBrothers
Monday’s @LockedOnLakers podcast! We discuss an ugly loss to the Pelicans, whether the Lakers have lost all belief and confidence, and the question of LeBron shutting it down. #FirstListen @LockedOnNetwork @LockedOnNBAPods
Subscribe. Rate. Enjoy. Thx!
podcasts.apple.com/us/podcast/leb… – 12:36 PM

Marc Stein @TheSteinLine
More fresh NBA goodness coming soon on this Monday, but until then …
Here again is Sunday’s This Week In Basketball around-the-league notes package on LeBron and the Lakers, Michael Jordan at the All-Star Game, buyouts, coaching news and much more: marcstein.substack.com/p/bottom-line-… – 12:21 PM

Trey Kerby @treykerby
Quick guess — LeBron shuts it down for the season after he passes Karl Malone for No. 2 on the all-time scoring list. pic.twitter.com/SYv07uFk24 – 9:42 AM

Marla Ridenour @MRidenourABJ
Team LeBron’s All Star winnings to pay for room and board for Kent State I Promise students @LJFamFoundation @LeBron James #NBAAllStar beaconjournal.com/story/news/202… via @beaconjournal – 9:15 AM

Eurohoops @Eurohoopsnet
LeBron James: “It’s how we can be better today or tomorrow” #NBA
eurohoops.net/en/nba-news/13… – 5:16 AM

Ryan Ward @RyanWardLA
LeBron on if his knee is affecting his play: “I don’t think it’s affecting my play.” – 1:02 AM

Kyle Goon @kylegoon
LeBron James on the game: “Tonight, from the six minute point of the second quarter to the third, no answer.” – 12:59 AM

See also  Dejounte Murray and Trae Young have interest in playing together?

Sam Quinn @SamQuinnCBS
Pretend this was legal. Who says no:
The Lakers agree to bench LeBron and AD for the rest of the year. The Pelicans waive their 2023 swap rights and their right to defer the 2024 pick the Lakers owe them to 2025.
Pels would basically guarantee themselves a top-10 pick this year – 12:22 AM

Tony Jones @Tjonesonthenba
Bron and Russ being out there feels more like Vogel telling them to lay in the bed they made tonight – 12:18 AM

Brandon Rahbar @BrandonRahbar
LeBron, there’s a team that has never booed their home team, you are a big fan of their GM and they have 7 draft picks in Bronny’s draft class. 🤷 – 12:16 AM

Marc Stein @TheSteinLine
Ingram is just GIVING it to the Lakers. Goodness. No spirit or fight out there from the home team.
Gotta factor in the injuries but man … it is astonishing to see a LeBron James team this punchless.
He’s never had less help and never needed more. – 11:56 PM

Jovan Buha @jovanbuha
Third quarter: Pelicans 95, Lakers 65
The third quarter was a calamity of errors — turnovers, missed layups, boos. LA’s body language and effort said it all. In a disappointing season full of lows, this is a new low point. LA is up to 21 turnovers — LeBron & Russ each have 7. – 11:55 PM

Scott Kushner @ScottDKushner
Ingram finishes over LeBron to take a 30 point lead.
That’s a sentence some people will like. – 11:53 PM

Oleh Kosel @OlehKosel
Naji Marshall with a block from behind of LeBron James 👀 – 11:53 PM

Rick Noland @RickNoland
Ultimate respect for his talent, but more he plays more we see LeBron should never be a GM – 11:46 PM

Oleh Kosel @OlehKosel
CJ McCollum pull-up 3-pointer makes it a 72-53 lead for the Pelicans … and then LeBron James whips a cross court bounce pass to someone sitting courtside. – 11:37 PM

Kyle Goon @kylegoon
Boo birds here in the arena as LeBron turns it over on an attempted cross court bounce pass, and the Lakers fall behind by 22 points in the third quarter. – 11:36 PM

Will Guillory @WillGuillory
LeBron is getting zero lift on his jumper tonight. You can tell that knee isn’t right. – 11:29 PM

Bill Oram @billoram
Ugly Russ turnover leads to a Herb Jones breakaway and the Pelicans go up 14 before LeBron bank in a 3 to send Lakers into halftime trailing 51-40. – 11:05 PM

Kamenetzky Brothers @KamBrothers
LeBron was ball-watching on that Snell three like he was a spectator in the crowd. AK – 11:04 PM

Oleh Kosel @OlehKosel
For instance, did you guys catch Carmelo Anthony lazily double CJ McCollum without any regard for Jonas Valanciunas (Melo’s man) who walked into the lane totally unabated and scored the lay-in over LeBron? – 10:45 PM

Sean Grande @SeanGrandePBP
Jayson Tatum’s final game as a 23-year old is Tuesday. Tonight he passed Anthony Davis into what will be his final spot, 12th on the NBA’s all-time scoring list for players 23 and under.
Trailing only LeBron, KD, Melo, T-Mac, Kobe, Booker, Shaq, KAT, Dwight, Wiggins and Giannis – 10:27 PM

Kyle Goon @kylegoon
Though LeBron James was officially listed as “questionable” in the earlier game notes, Frank Vogel confirms he’s in. Avery Bradley remains out today against the Pelicans. – 8:24 PM

The most obvious connection here is that Simmons is naturally going to have connections with Fenway Sports Group, which also owns the Boston Red Sox. This is where LeBron comes in as well as James is a partner in FSG. So if they owned an NBA team, that would mean LeBron would be one of the team owners, though Simmons doesn’t spell that out for listeners. “If I had to bet on a LeBron scenario, it would be for him to be involved with whatever happens with that,” said Simmons. “Where he is the point man in that Vegas team. And I haven’t heard that mentioned. I don’t care if it gets aggregated because I think I’m right. I think that is scenario A for LeBron. He wants to be an owner. I think he wants to run one of these teams.” -via The Comeback / February 28, 2022

It sounds like LeBron James’ sports group is working on some exciting possibilities. Fenway Sports Group, which James is a partner of, is reportedly looking to purchase an NBA franchise. “Fenway Sports Group wants to buy an NBA team once it’s done acquiring the NHL’s Pittsburgh Penguins, Axios has learned,” wrote Dan Primack of Axios. “Why it matters: FSG is pioneering a new sort of corporate sports ownership, buying up marquee franchises in different geographic markets.” -via Lakers Daily / November 29, 2021