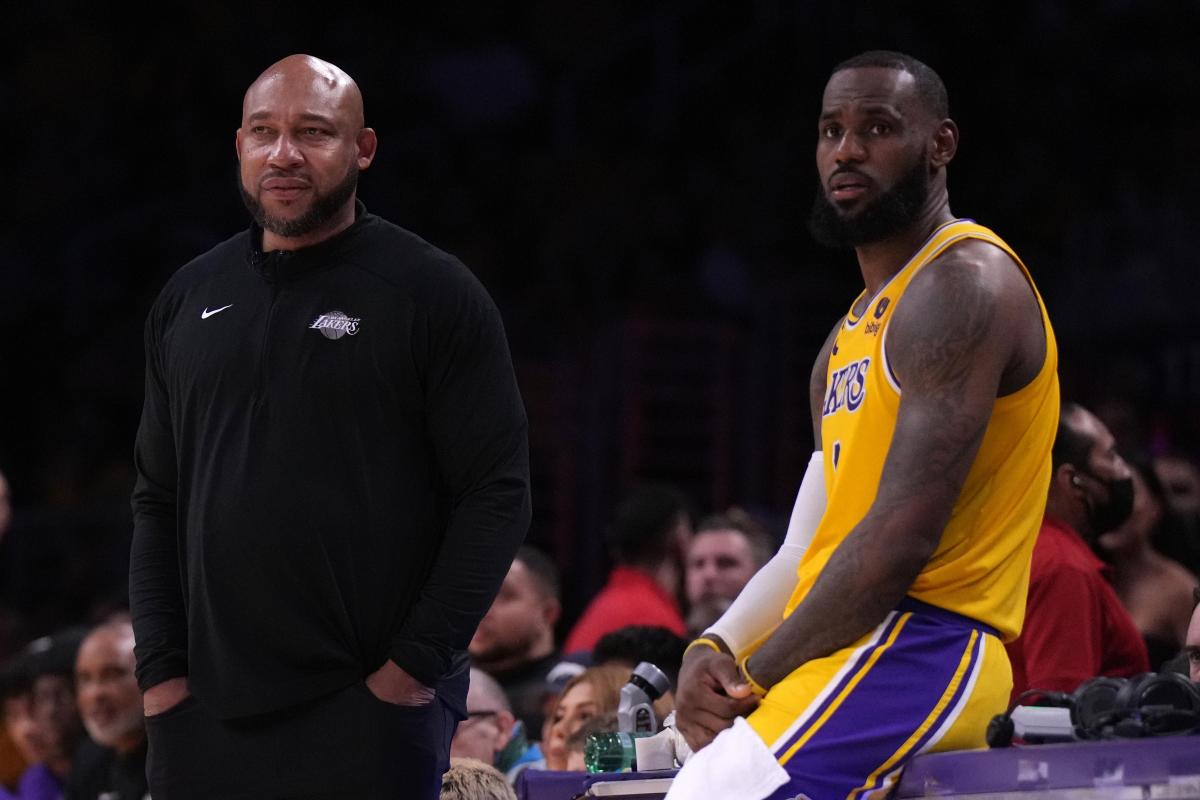 LeBron James said it after the season opener, and it was a known fact before then.

“We’re not a team constructed of great shooting,” James said after the Los Angeles Lakers lost to Golden State on opening night. “That’s just what the truth of the matter is. It’s not like we’re sitting here with a lot of lasers on our team.”

While it won’t be that low for an entire season, the Lakers were 22nd in 3-point shooting percentage and did little to address that situation in the offseason. A team can’t succeed in today’s NBA with that kind of 3-point shooting.

After the Lakers were 9-for-45 in their loss to the Los Angeles Clippers on Thursday, James said, “Our ball club is our ball club. I’m not going to harp on what we can’t do every single day.”

Two problematic issues sprout from the Lakers’ inability to address their shooting shortcomings. While teams like Cleveland (trading for Donovan Mitchell) and Minnesota (trading for Rudy Gobert) make bold moves to try and win now, the Lakers (so far) have done nothing and could not retain some of their better shooters from last season, such as Malik Monk. James is the Lakers’ best returning 3-point shooter from last season at 35.9%

Look at most successful LeBron James teams. He has shooters around him. The blueprint is there for anyone to see. In Miami and Cleveland, he had Shane Battier, Mike Miller, Ray Allen, Mario Chalmers, James Jones, J.R. Smith, Richard Jefferson, Channing Frye, Kevin Love, Kyrie Irving, Matthew Dellavedova and Kyle Korver.

It’s bizarre that the Lakers’ front office hasn’t done more to surround James with better shooters. Even the Lakers team that won the 2020 title in the Orlando bubble had enough shooters, and they performed well in the playoffs.

Throughout James’ career, especially in the second half of it, his words and actions have been analyzed and hyper-analyzed – dissected to discover what he’s really trying to say.

It doesn’t take much to figure out what James means when he says, “we’re not a team constructed of great shooting.”

“GO OUT AND GET ME SOME SHOOTING!”

The Lakers explored trades in the offseason but were reluctant to give up future first-round picks or add salary beyond this season so they can have cap space to spend on free agents next summer. The Lakers flirted with a potential deal for Indiana’s Buddy Hield and Myles Turner but couldn’t pull it off. While waiting for just the right deal, they are wasting another year of high-level production from James.

“LeBron is a very passionate person, and he wants to be put in a position where he can succeed,” Lakers owner Jeanie Buss told The Athletic in August. “And it’s up to people like me and (vice president of basketball operations and GM) Rob (Pelinka) and our front office to put him in those kinds of positions.”

The Lakers missed the playoffs in James’ first season with the team, won the title the next season, lost in the first round in 2021 and didn’t make the playoffs last season. They’re looking at another season where they don’t make the playoffs or exit early given their roster and the quality of teams in the Western Conference.

That’s not the scenario many, including the Lakers whose goal it is to win a title every season, envisioned when James decided to leave Cleveland for Los Angeles in 2018.