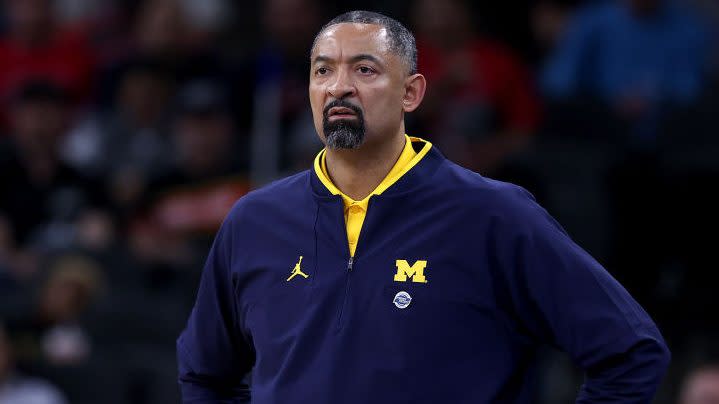 There are a lot of NBA front offices eyeing former NBA star and current Michigan coach Juwan Howard as a potential future head coach. However, the buzz has been he wasn’t ready to leave the comfort of Ann Arbor right now because he will coach his sons — Jace (a junior) and Jett (a freshman) — in the blue and maize.

The Lakers tried anyway, but got the expected response, reports Adrian Wojnarowski of ESPN.

The Lakers never made a formal offer to Howard, sources said, but it’s clear that if he had expressed an interest in the job, his candidacy would’ve moved quickly to that stage.

Howard played and won two titles with LeBron James in Miami, and Laker GM Rob Pelinka was a walk-on during the Fab 5 era at Michigan and played with Howard there. Those connections — and his performance as a coach with the Wolverines — would have moved Howard to the front of the Lakers coaching list, had he wanted the job.

Instead, Bucks’ assistant coach Darvin Ham appears to be at the front of that line as the Lakers head into the second round of interviews for their vacant head coaching position. Former Trail Blazers coach Terry Stotts and current Warriors assistant Kenny Atkinson also are getting second interviews.

Whoever gets the job will take over a team with talent on the roster and championship aspirations. Exactly what that roster will look like — will Russell Westbrook be on it? — remains to be seen, but expect significant changes to the Lakers lineup before next season. The new coach will be asked to meld those new faces into a team that can challenge in the West — a huge leap for a team that did not make the playoffs this season.

Here’s more on the Lakers

Report: Lakers reached out to Michigan’s Juwan Howard but he declined to interview originally appeared on NBCSports.com