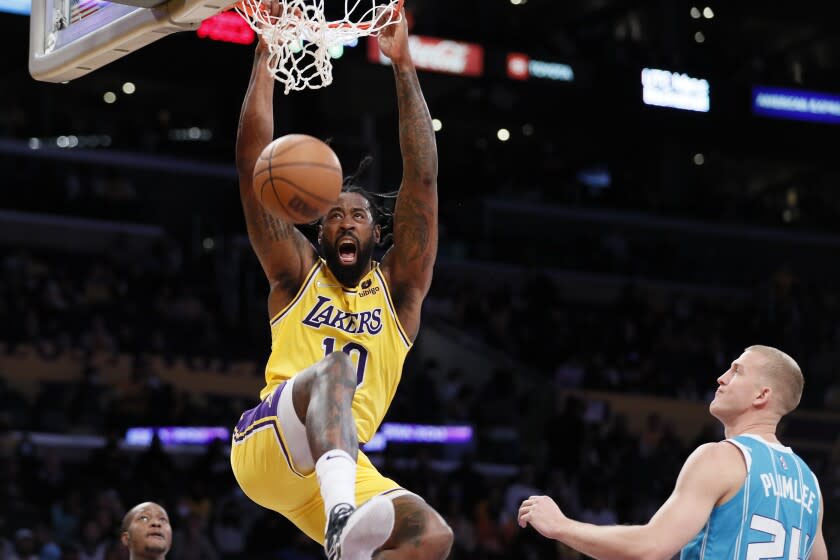 The Lakers intend to sign veteran guard D.J. Augustin, waiving center DeAndre Jordan to clear the necessary roster spot, a person with knowledge of the situation not authorized to speak publicly told the The Times.

In his career with 10 teams, Augustin has been a proven long-range shooter, making 38% from three-point range. The Lakers, in a miserable slump from the perimeter, valued the shooting over Jordan’s size coming off their bench.

Signed before the season, Jordan started the first six games before falling entirely out of the rotation by Christmas.

Following 10 seasons with the Clippers, Jordan’s return to Los Angeles was mostly forgettable, the veteran center averaging 4.1 points and 5.4 rebounds.

The Lakers, losers of nine of their last 12, host Dallas on Tuesday.