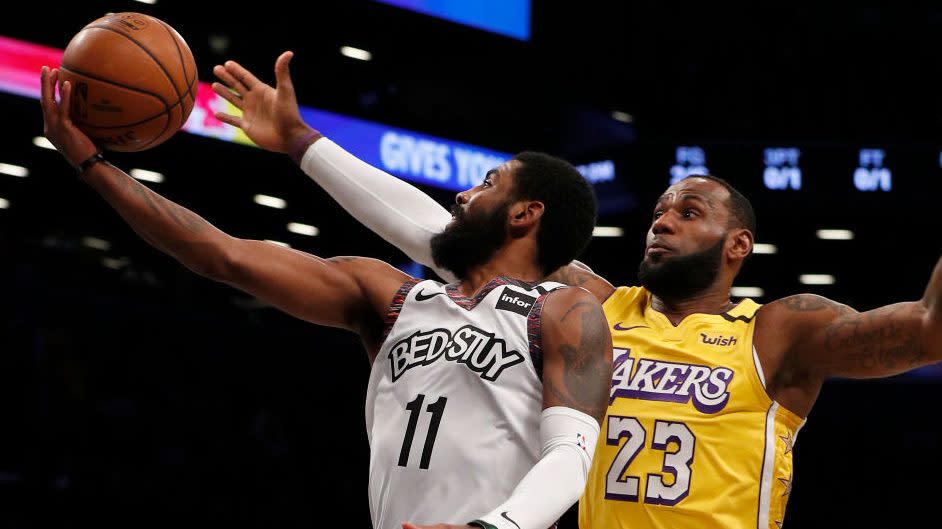 Less than a week ago, when Kyrie Irving was looking for a way to arrange a sign-and-trade from the Nets to the Lakers, Brooklyn wanted nothing to do with Russell Westbrook and his $47 million contract.

What has changed? Kevin Durant changed (his mind about being in Brooklyn). Suddenly Westbrook went from being a very expensive player that did not help the Nets contend for a title to a $47 million expiring contract that could help the Nets jumpstart a rebuild.

Which is why the Nets and Lakers are “actively engaged” in trade talks again, and things are getting serious, according to Chris Haynes of Yahoo Sports.

There’s palpable optimism that an agreement can be struck between the two sides this offseason, but there remain a few hurdles, sources said.

Draft compensation is an ongoing talking point for the Nets and they want shooting guard Joe Harris — who is recovering from left ankle surgery — and his remaining $38.6 million owed over the next two years included in the deal, sources said. The Lakers have been disinclined to the inclusion of Harris, and are instead seeking the insertion of sharpshooter Seth Curry as part of the arrangement, sources said.

The Nets want to unload their biggest salaries; the Lakers would rather have the less expensive version (Curry is owed $8.5 million and is in the final year of his deal). A healthy Harris is a slightly better, more rounded player than Curry, but with the Lakers already way, way into the luxury tax it makes sense they would rather have Curry on their books.

The trade would look something like Irving and Curry/Harris for Westbrook, the Lakers’ 2027 and 2029 first-round picks (with minimal if any protections), and possibly Kendrick Nunn or Talen Horton-Tucker.

Expect this deal to happen.

Irving wants to be a Laker, and the Lakers want Irving. It may take a little time, but this deal will get done. Unlike Durant, there is not a line out the door of teams clamoring for the enigmatic Irving, so the Nets have the motivation to make this work.

With a committed Irving next to LeBron James and a healthy Anthony Davis, the Lakers are back in title contention again. Notice that sentence included the phrases “committed Irving” and “healthy Anthony Davis” — Davis, with his versatility and defense, remains the key to it all. Even after this trade goes through, the Lakers still need their stars to perform like top 10, top 15 NBA players to have a chance.

But at least they would have a chance, which is a lot more than could have been said last season, or even a week ago.