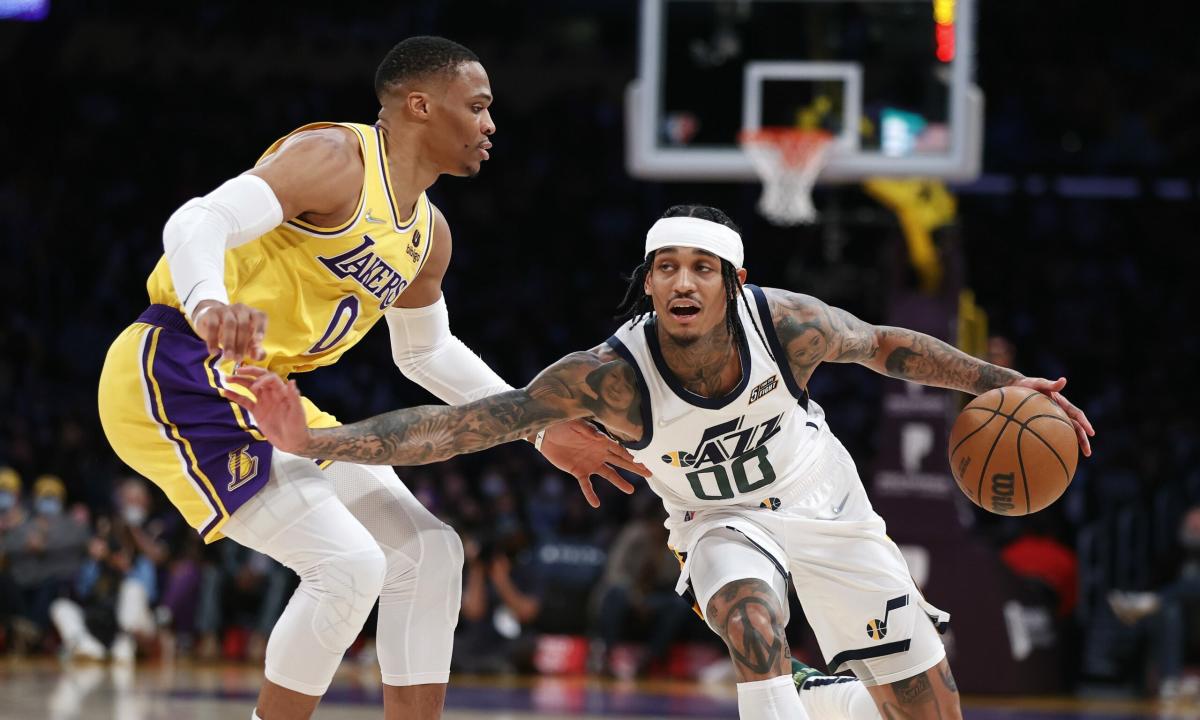 At this point of the offseason, it appears the only possible path to a Russell Westbrook trade for the Los Angeles Lakers is the Utah Jazz.

The two teams have reportedly been having ongoing discussions to try to get a deal done.

The signing of veteran guard Dennis Schroder has led some fans and observers to think a Westbrook trade is near, although there is no evidence to suggest that.

But the Lakers are continuing their efforts to make such a deal happen, and they’re reportedly zeroing in on three Jazz players in particular: Bojan Bogdanovic, Jordan Clarkson and Malik Beasley.

“In recent conversations with the Jazz, the Lakers have targeted Bogdanović, Jordan Clarkson and Malik Beasley, according to league sources,” wrote Jovan Buha and Sam Amick.

One big need for the Lakers is accurate 3-point shooting, and Bogdanovic and Beasley would help rectify that weakness, while Beasley and Clarkson would give them two reliable options at the 2 spot, although the latter isn’t a very efficient scorer.

Still, Clarkson is just a calendar year removed from winning the Sixth Man of the Year award, and of course, he played his first three and a half seasons with the Purple and Gold.