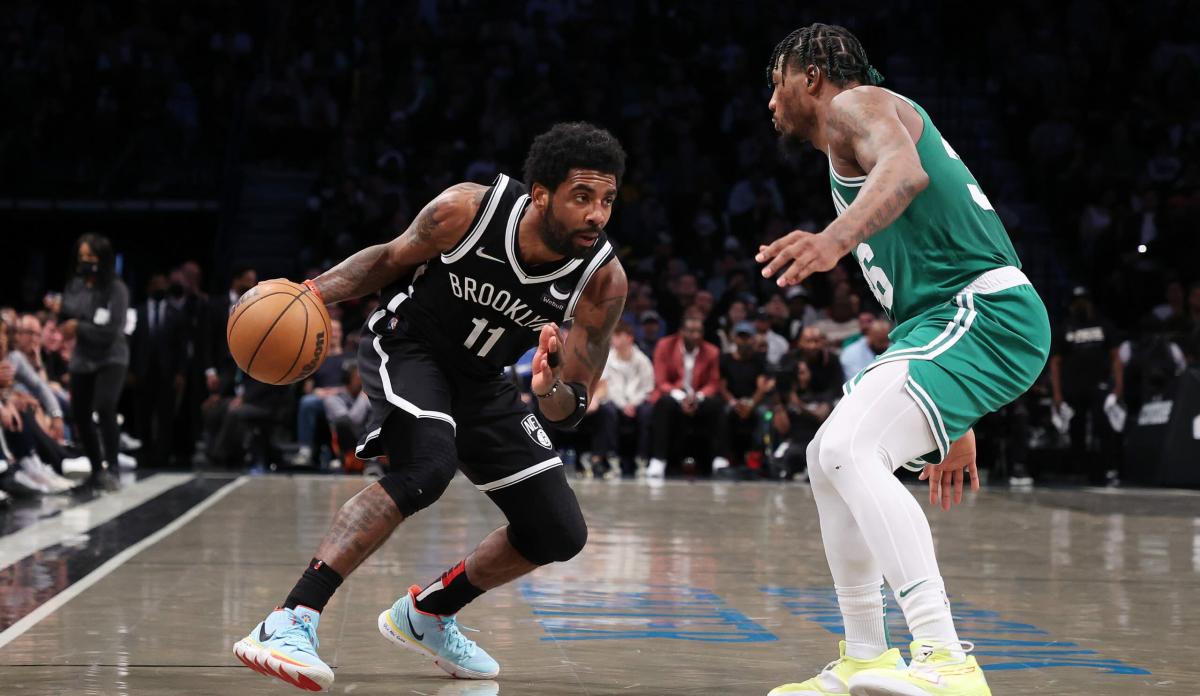 As time goes by this offseason, the chances of the Los Angeles Lakers landing Brooklyn Nets star Kyrie Irving in a trade for Russell Westbrook seem to slowly improve.

At first, it seemed there was only an outside chance of it happening, and when Irving opted into the last year of his contract days ago, many thought the chances had hit zero.

But the two teams started talks again, and now those talks have reportedly ramped up and even gotten serious.

“There’s palpable optimism that an agreement can be struck between the two sides this offseason, but there remain a few hurdles, sources said.”

For months, Lakers fans have dreamed of unloading Westbrook, and the team reportedly tried to trade him prior to the trading deadline of last season.

Earlier in the offseason, the market for Westbrook looked tepid, with perhaps the Charlotte Hornets being the only serious suitor.

But the possibility of essentially swapping him for Irving, who is one of the league’s best and most skilled players, has opened up what could be a dream scenario for the Purple and Gold.

See also  Nets sidestep Ime Udoka and another PR disaster, but that doesn't absolve them of much

What is the hold up?

As is often the case in NBA trades, the Lakers and Nets seem to be haggling over the ancillary parts of a potential deal.

Brooklyn would likely want one, if not two, future first-round draft picks from L.A. The Lakers have reportedly been reluctant over the last few months to include such capital in any Westbrook trade, but perhaps that stance has softened a bit.

To make the salaries match under NBA rules, the Nets would have to include at least one other player along with Irving, and it looks like that is the hurdle the two squads are trying to overcome.

“Draft compensation is an ongoing talking point for the Nets and they want shooting guard Joe Harris — who is recovering from left ankle surgery — and his remaining $38.6 million owed over the next two years included in the deal, sources said.

“The Lakers have been disinclined to the inclusion of Harris, and are instead seeking the insertion of sharpshooter Seth Curry as part of the arrangement, sources said.

Both Curry and Harris are outstanding 3-point shooters, an area in which the Lakers have struggled.

However, Harris missed most of the 2022 season with an ankle injury that required two surgeries.

If the Lakers want to pull off what could be their dream trade, they may have to make some slight concessions.