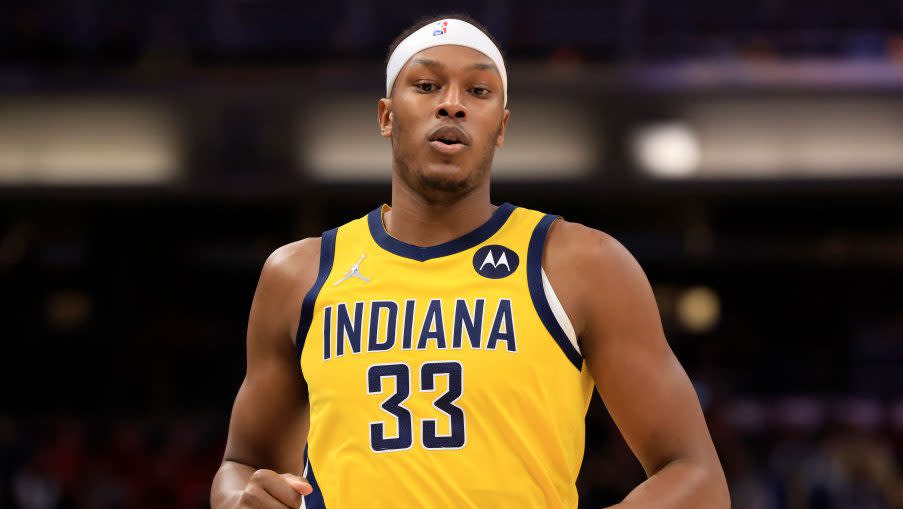 Welcome to the Groundhog Day of Lakers trade talk.

It happened before this summer, and Shams Charania of The Atheltic said it happened again this week.

Earlier Wednesday, Pacers GM Chad Buchanan said that Turner would start the season with the Pacers.

Beyond that, the breakdown here is simple and unchanged. The Pacers think they should get a first-round pick each for Turner and Hield, let alone the fact they would have to take on Russell Westbrook‘s $47 million in this deal (then waive him). From Indiana’s perspective, the cost of what the Lakers want is two unprotected first-rounders.

The Lakers have not been willing to throw the only two picks they control for the rest of this decade (2027 and 2029) into any trade that does not make them a title contender. With all due respect to how much Turner’s defense and floor spacing would be a great fit next to Anthony Davis, and how much Hield’s shooting would help the Lakers’ floor spacing, adding those two does not make the Lakers title contenders. So the Lakers have held back.

The reality in this summer’s market — set by the pick haul Utah got for Rudy Gobert — is that the Lakers will not get the kind of star they need for two picks. They can get good players who can help them — Turner and Hield make them a playoff team if LeBron James and Davis stay healthy — but not a guy who changes them into a contender.

Here is more on the Lakers