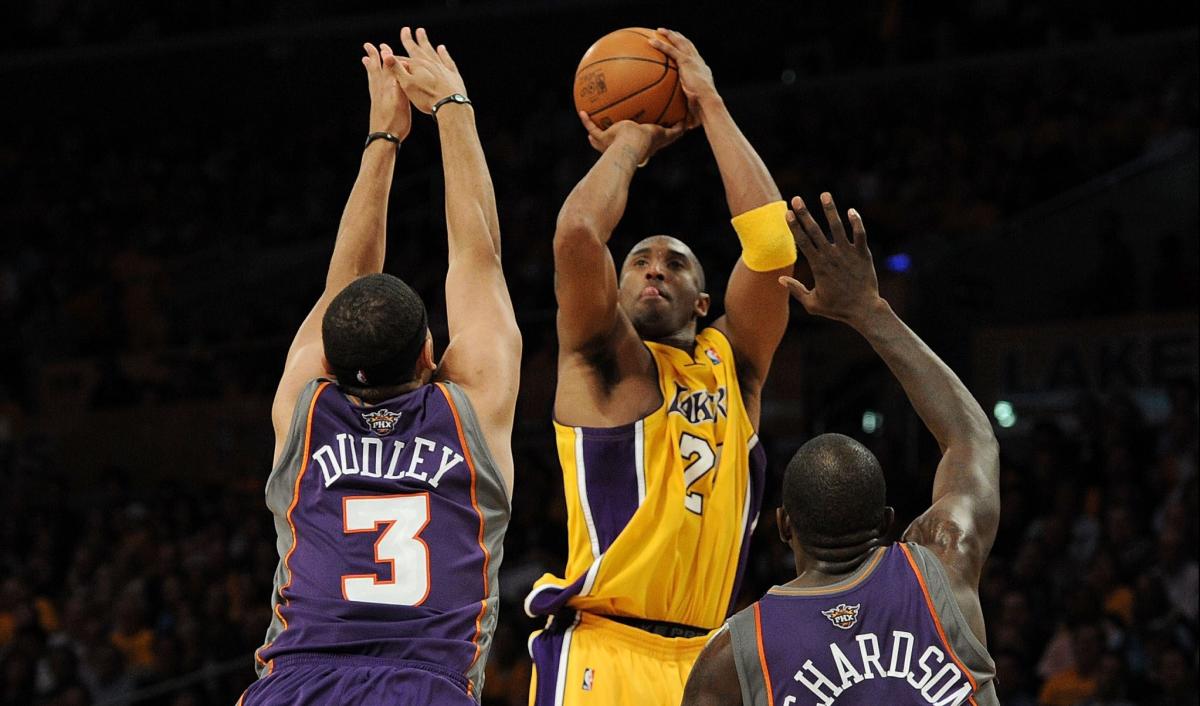 In the spring of 2010, the Los Angeles Lakers pulled themselves together and started to make a run towards what they hoped would be a rematch of the 2008 NBA Finals with the Boston Celtics.

But first, they had to defeat another rival in the Western Conference Finals: the Phoenix Suns.

The Suns had dispatched L.A. in the first round of the 2006 and 2007 playoffs, and those playoff losses became something of a symbol of the team’s mediocrity at the time.

He went off in Game 1 versus Phoenix, scoring 40 points and adding five assists as the Lakers blasted the Suns, 128-107.

The Black Mamba did so despite a bad knee, a bad ankle and an avulsion fracture on the index finger of his shooting hand.

The Suns realized that not only was Bryant back to his old self but that they were also dealing with a very tall and skilled Lakers frontline they simply couldn’t neutralize.