IND vs SA 1st ODI: KL Rahul era begins? – As Virat Kohli era ends on a disappointing note with a Test series loss to South Africa, KL Rahul has been touted as the future India captain. With no captaincy success under his belt, the ODI series will be his BIGGEST test. In Rohit Sharma’s absence, he will lead the side in the ODI series and he conducted the first team meeting at Boland Park. Follow India vs South Africa Live Updates on InsideSport.IN.

Many former cricketers apart from former BCCI office-bearers see KL Rahul succeed as India’s Test skipper and not Rohit Sharma. But despite managing new individual highs, as a captain, his record is abysmal. With Rohit nursing a hamstring injury, KL Rahul has the best opportunity to prove himself as a captaincy material in the three-match ODI series. 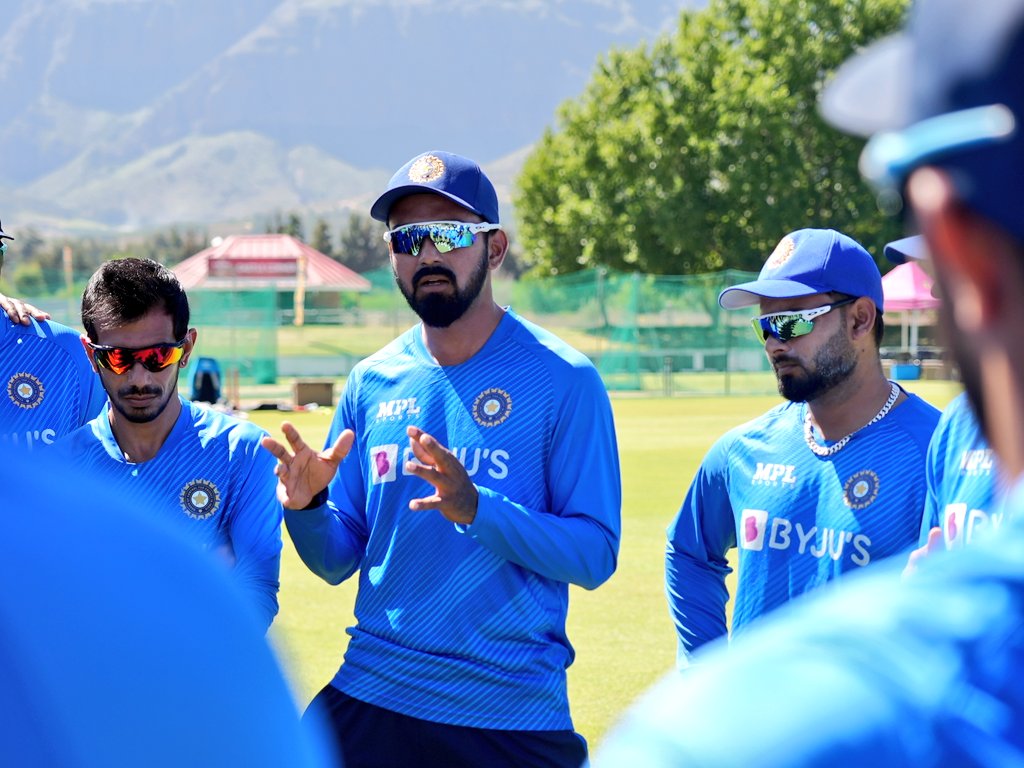 KL Rahul – next Test captain? – He will have Virat Kohli by his side as the former India skipper proposed his name for vice-captaincy earlier. At Boland Park, ahead of the first ODI, he delivered his first speech in the team meeting before the practice session.

In the IPL, he had a poor record as the captain, winning just 11 out of 27 matches. He was the captain in the 2nd Test in Johannesburg but missed the trick in Virat Kohli’s absence as India failed to defend 240 runs on a tricky pitch.

We are here at Boland Park to begin prep for the ODIs 👍🏻#TeamIndia | #SAvIND pic.twitter.com/psMVDaNwbc

But now is the time to get things in order. Rohit Sharma is unlikely to continue after the 2023 World Cup playing all formats of the game and it will come down to KL Rahul and Rishabh Pant. The young wicketkeeper has already done well, leading his side Delhi Capitals to playoffs in the IPL 2021 and he has been proposed as the next India Test captain by none other than Sunil Gavaskar.

With mentor Rahul Dravid, it will be the biggest chance and a challenge for KL Rahul to win the ODI series and silence his doubters. India take on South Africa in the first ODI on January 19.