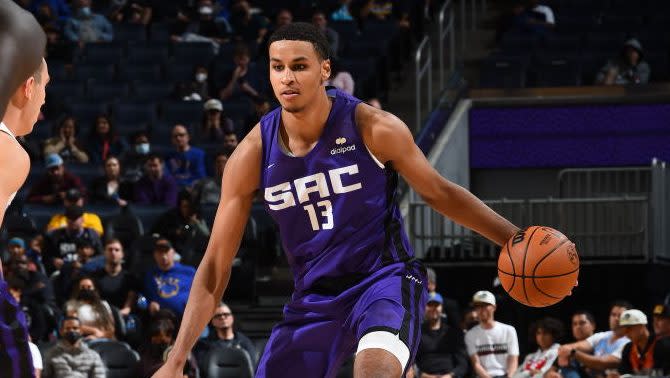 While free agency and trade rumors are still buzzing around the league, actual basketball games — well, Summer League, but still games — tipped off in California this weekend.

The highlight on Saturday was Keegan Murray, the Kings’ No. 4 pick in the draft, who was the best player on the floor and scored 26 points on 10-of-14 shooting overall and 4-of-5 from 3.

Behind Murray, the Kings beat the Warriors 86-68 (if you care about Summer League scores). The Warriors got an impressive debut from Brazilian Gui Santos, the No. 55 pick in the draft scored 23 on 7-of-13 shooting, getting to the line 11 times.

In the other game of the day at the California classic, two Lakers who are the sons of NBA legends made their Summer League debut. Scottie Pippen Jr. led all Lakers’ starters with 14 points, while Shareef O’Neal — the son of Shaq — had six points and made a few plays.

Check out more on the Kings