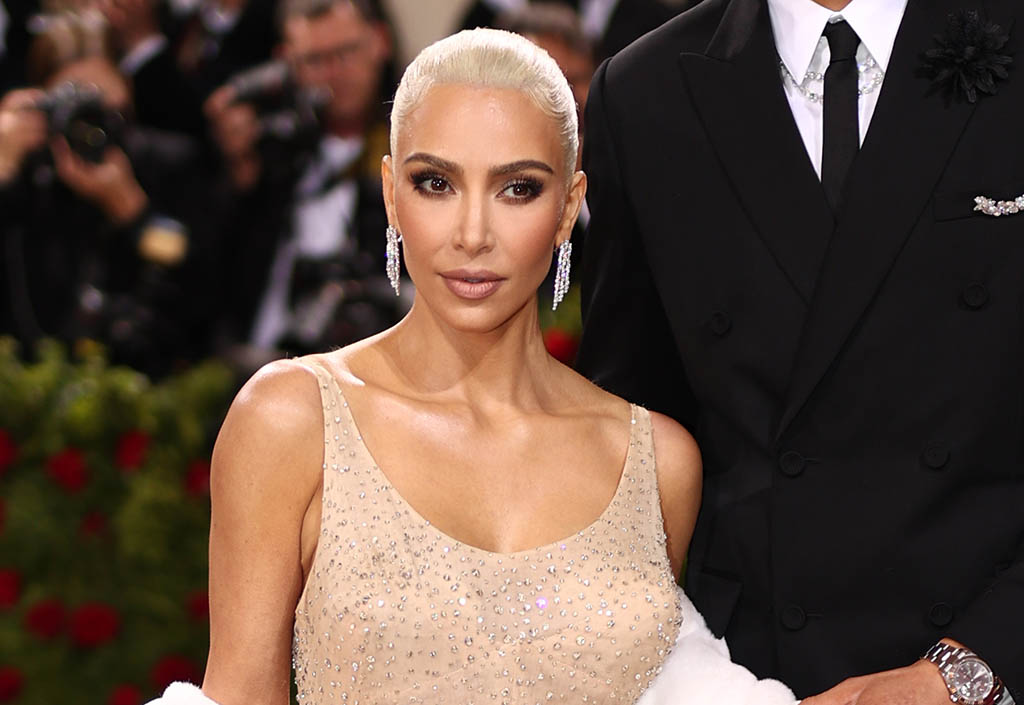 Kim Kardashian is continuing to pay homage to Marilyn Monroe this year — though her latest venture looks a little different.

In a new black-and-white video shared on Instagram, the Skims founder poses in the back of a limousine while paparazzi crowd the slightly rolled-down windows. Kardashian steals glances, laughs and feigns nonchalance towards them in a tousled blonde wig — similar to Monroe herself — while opening a “D&G”- printed box to pick up and eat a slice of pizza.

Evidently a promotion for an upcoming project with Italian fashion label Dolce & Gabbana, Kardashian wears a form-fitting sheer black dress from the brand that includes a delicate floral pattern and corseted bodice.

“An appetizer before the show,” Kardashian aptly captioned the video, which serves as a teaser for the label’s Spring 2023 runway show during Milan Fashion Week — as well as a collaborative project mysteriously titled “Kim Dolce & Gabbana.” Whatever the endeavor may be, it appears it will be unveiled on Saturday, Sept. 24 at 2:30pm CEST (8:30pm EST).

This isn’t Kardashian’s only viral moment as Monroe this year, as previously stated. During the 2022 Met Gala, the “Kardashians” star made headlines for her controversial appearance in Monroe’s Bob Mackie-designed nude Jean Louis dress from 1962, which she famous stated she lost 16 pounds in three weeks to fit into. The historic garment was apparently damaged from walking up the Met steps, which Mackie himself called “A big mistake” in an interview with Entertainment Weekly.

Milan Fashion Week spotlights the upcoming fashion season for a range of designers and brands primarily based in Italy. The upcoming Spring 2023 season has featured star-studded runway shows by Fendi, Prada, Diesel, Max Mara and GCDS, among numerous others. On the footwear front, labels including Aquazzura, Rene Caovilla, Casadei and Santoni have all previewed their forthcoming collections with elaborate presentations.

PHOTOS: Discover Kardashian’s most risque fashion moments over the years in the gallery.