“It was different,” Kieran Trippier says, laughing. This was not the way he had imagined it, the first trophy of his career celebrated in a car park on the edge of Valladolid. Inside the José Zorrilla the Englishman had the last kick of the 2020-21 season in Spain, smashing the ball into empty seats and roaring as the sound echoed round. It was done. Outside 3,000 Atlético Madrid fans roared with him. They had travelled 195km to be at the game if not actually to see it, to be there the day their team won La Liga. The day Trippier did what he had come to do.

“In the final weeks you could hear fans chanting outside. It was weird but nice too, knowing they were with us,” Trippier says, sitting above the training pitch on a sunny morning at Cerro del Espino. That day particularly, an impromptu title party starting when Atlético left the ground, fireworks and songs going up, players still in kit disappearing among supporters. “We went up this big ramp and there were thousands of fans. As soon as they saw us it was carnage. It’s understandable because for Atlético it was huge. The players started sprinting over and, before you know it, nobody could take control. A fan gave me an England flag with my face on. It said Peaky Blinders on. That’ll get framed as well [as the shirt].

“The bus journey home was crazy. The beer was flowing, everyone was singing, the míster [Diego Simeone] was all over the place. He’s relentless and just to see him relax, like a weight was lifted. We’d crossed the line. My first call was to thank my wife; she broke barriers coming here, too. You sit back, take it in. My first trophy. A surreal moment. When I got home, my little boy was singing ‘campeones’, a big cake, balloons … You realise: we’ve just won La Liga.”

Only three Englishmen had done so and Trippier did it at Atlético, where success does not come as standard. Thrown into the arms of Spain’s most notorious task masters, he soon had a triumph deserving greater fanfare. “Maybe I do go under the radar but I’m not the type to plaster it all over the place. I know what I came to achieve and I achieved it.”

Winning was not easy, Simeone admitting “anxiety exists” as Atlético somehow survived the final, agonising weeks of a wild season, appropriately coming from behind on the final day. Appropriately too, Luis Suárez – “the worst player to ever play against but someone you definitely want on your team: the whole package, a wonderful player and a wonderful person” – scored the goal that took the title. And yet the agony could have been avoided, Trippier says apologetically.

A superb start meant Atlético reached halfway with 50 points and a double-digit lead but then came Trippier’s 10-game ban for breaching FA gambling regulations. Trippier bit his tongue hard but Simeone did not, calling it a “completely unfair” ban handed down by an interested party which conveniently meant Trippier being absent against Chelsea but not for England duty.

Without him Atlético’s lead slipped, the title race reopening. That was not just about him but it was about him. An irreplaceable piece of this title-winning machinery, he had played every minute until then, started when the ban was momentarily suspended and was immediately back once his sentence was served.

“I don’t know if I can say much; I’ll probably end up banned again,” he says. There is an awkward smile, a pause. Doubts remain, a sense of injustice, wondering about the damage done – not just the matches missed but the hint of mistrust left behind. “It was very harsh on my teammates. When it dropped on everyone out of nowhere, maybe people thought: ‘Why didn’t you speak out?’ But I wasn’t allowed. I understand what the míster said and I certainly felt stuck in the middle. There were things I could and couldn’t do, so erm …”

Banned from “all football activity”, he was not even sure if he was allowed to watch. “That’s how strange it all was. I spoke to my lawyer saying: ‘Can I go to the game?’ Even I didn’t know what was happening. The club didn’t. I know how frustrating it was for them. I just had to listen to my lawyers, get the best advice, do everything properly and serve the ban. I’d love to go into detail but I can’t. I do feel I was stuck in the middle but I talked to the club, explained the situation, what happened … I owed it to them to give high-level performances when I returned. Every single day training hard, doing extras after. I had to give a 150%.

“I knew that when my ban finished, we had a tough end to the season because Madrid and Barcelona were catching us. I felt more hurt because I felt it was my fault. I put all the blame on myself because I thought if I had been playing, we wouldn’t have gone through the [bad] spell. I certainly think it wouldn’t have been as tight towards the end. The team did brilliantly, don’t get me wrong, and luckily we won the league.”

Champions for the second time in 25 years, work at Cerro del Espino this morning focuses on the Champions League again and two meetings with Liverpool. Both games offer milestones, markers on Trippier’s journey. Anfield staged what he calls “a strange game [where] they had about a hundred chances” but Atlético resisted and won. It was also the last match with fans before lockdown, a preliminary report into the UK government’s pandemic handling linking it to 37 unnecessary deaths. “Looking back, and it’s easy to say now, I don’t think it should have gone ahead,” Trippier says. “But we didn’t realise how bad it was getting and, as players and as clubs, if nothing’s cancelled you have to play.”

As for the Metropolitano, the last time Trippier faced Liverpool there was the 2019 Champions League final. Much has happened since: a league title, a European Championship final, the England captaincy of which he is so proud. “It feels very strange for that to be the last time. But it’s no problem. Just another game, if I play.”

That if hangs heavy, an extra significance lent to the occasion, facing an English team after a summer which brought reports of a return, Manchester United among those interested. Trippier treads carefully but admits it is natural for a player to feel the pull of home, especially later in his career. “There was a lot of speculation and it is what it is in the media but I was with England and that was my only focus. Then I came back to Madrid, straight into pre-season. But I would love to play the Premier League again [one day]. I wanted to come to get my career back on track. I’ve done that.”

Atlético turned down approaches Trippier’s importance underlined, but something has shifted. Last season he started every available game in the league and Champions League. Of 36 starts he played 90 minutes in 32. This season he has started one of two in Europe, five of eight in La Liga, completing 90 minutes only against Villarreal. In Milan he was taken off after 40 minutes, against Espanyol at half-time, Alavés on 59, Getafe 62 and Athletic 77.

The squad is bigger, Trippier among those returning late from summer tournaments, and Simeone is still trying to find places for new arrivals, meaning new formations and roles. Marcos Llorente, last season’s revelation at inside right, has occupied Trippier’s position, to the detriment of both. The style is evolving and poor first‑half performances have forced them to chase games. But it would be natural for the Englishman to wonder whether there is something deeper, the change not easy to assimilate.

“It’s difficult. But for the suspension I felt I would play every game last season. This season is different. I’ve been substituted after 50 minutes but there’s nothing I can do: it’s the manager’s decision. I’ve just got to be there, ready. I’m not playing 90 minutes, not starting, but it is what it is.”

What is it? “It could be formations, personnel, you know. Maybe the manager sees a different player better suited for that game … I honestly don’t know so I’ve just got to make sure I’m ready.” And the relationship with Simone, a coach with little room for sentimentality? “But that’s why he’s a winner. No, it’s been good ever since I arrived. You have ups and downs with players or managers. It’s football and he’ll do anything to win. Look at his record: eight trophies in 10 years. I’ve learned so much for when I go into a coaching career.”

It is an unexpected announcement but Trippier is clear. “Definitely. I’ve already started. I spoke with Gareth [Southgate], with John Mac [McDermott, the FA’s technical director]. We’re already starting the process.”

There is a warmth, an admiration in every mention of Southgate, a source of inspiration. And Mauricio Pochettino, Simeone and Sean Dyche have been good teachers. “I’ve got a good mixture, learned from all three,” Trippier says. “I definitely want to be a coach, be around a first team, offer my experience. Right now I don’t want to be a manager but further down the line, who knows? At the end of my career maybe I could play for Dyche again, then get a coaching role with him. Perfect. I’m always on his case as well.” 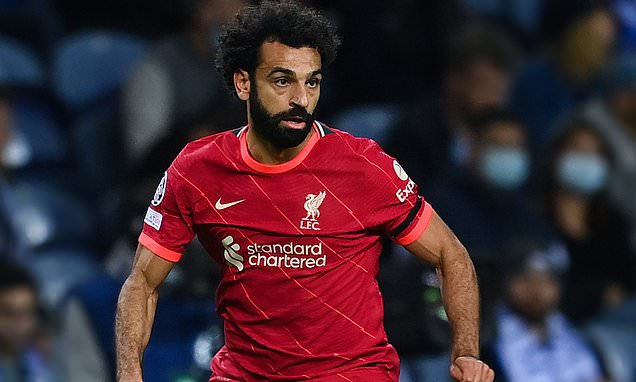