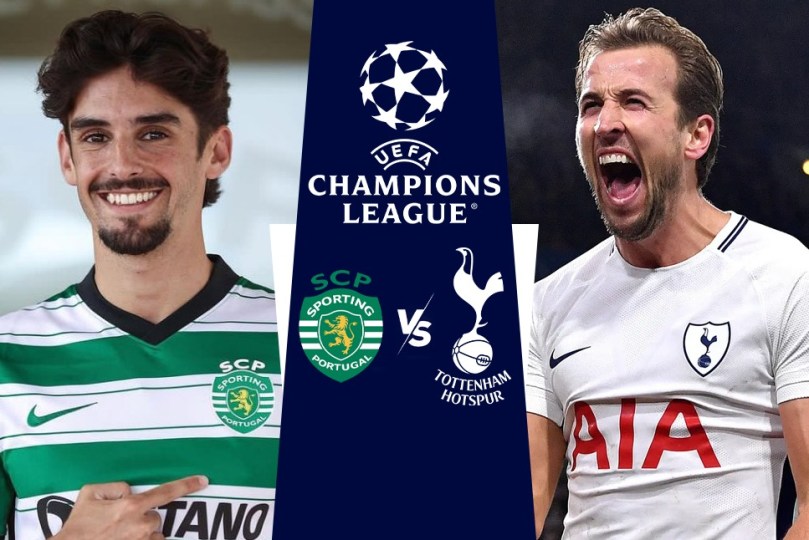 Sporting did not enjoy the perfect evening against Frankfurt as defender Jeremiah St Juste had to be taken off with a muscular problem and will be forced to sit out the clash with Tottenham.

Further defensive woes presented themselves at the weekend as Goncalo Inacio and Luis Neto were forced off early in the win over Portimonense – while the former’s substitution was more precautionary, the latter left the field in tears in the second half.

Twenty-year-old Jose Marsa may therefore be thrown into the deep end this weekend, unless Amorim opts for Pedro Porro or Ricardo Esgaio as a makeshift centre-back, while Matheus Reis and Manuel Ugarte should also be back in the first XI.

As for the visitors, only Lucas Moura should be absent from the travelling party this weekend as he nurses his tendon injury, with Bryan Gil able to make the squad for the win over Marseille.

The rare luxury of a week off should see Conte make no changes to his first XI if he can help it, with Richarlison and Clement Lenglet once again aiming to restrict Dejan Kulusevski and Ben Davies to bench roles.

Should Richarlison also manage to score at least two goals this week, he would become only the second player in Champions League history to notch up a pair of strikes in his opening two games in the tournament after Diego Simeone in 1996.

Sporting vs Tottenham Hotspur LIVE: When and where to watch the live streaming of Champions League matches?

When will Sporting vs Tottenham Hotspur kick off in the Champions League? – Date
SPO vs TOT match will be played on 13th September 2022

What time will Sporting vs Tottenham Hotspur kick-off? Time
SPO vs TOT will begin at 10:15 PM IST

Where will Sporting vs Tottenham Hotspur be played? – Venue
The game will kick-off at Estadio Jose Alvalade

UEFA Champions League LIVE: When and where to watch the live streaming?

Champions League: Who will be the Match official? Referee
Srdan Jovanovic will be in charge of Sporting vs Tottenham Hotspur

Which TV Channel will telecast Sporting vs Tottenham Hotspur live?

The broadcasting rights for the UCL 2022-23 will be available with the Sony Pictures Network. You can the watch UCL 2022-23 Live Telecast In India on Sony Ten 2 HD and Sony Six. The channel is available for telecasting on all the service providers in India. You can connect with the DTH providers and get the channel started.

Where to watch Champions League LIVE Streaming in India?