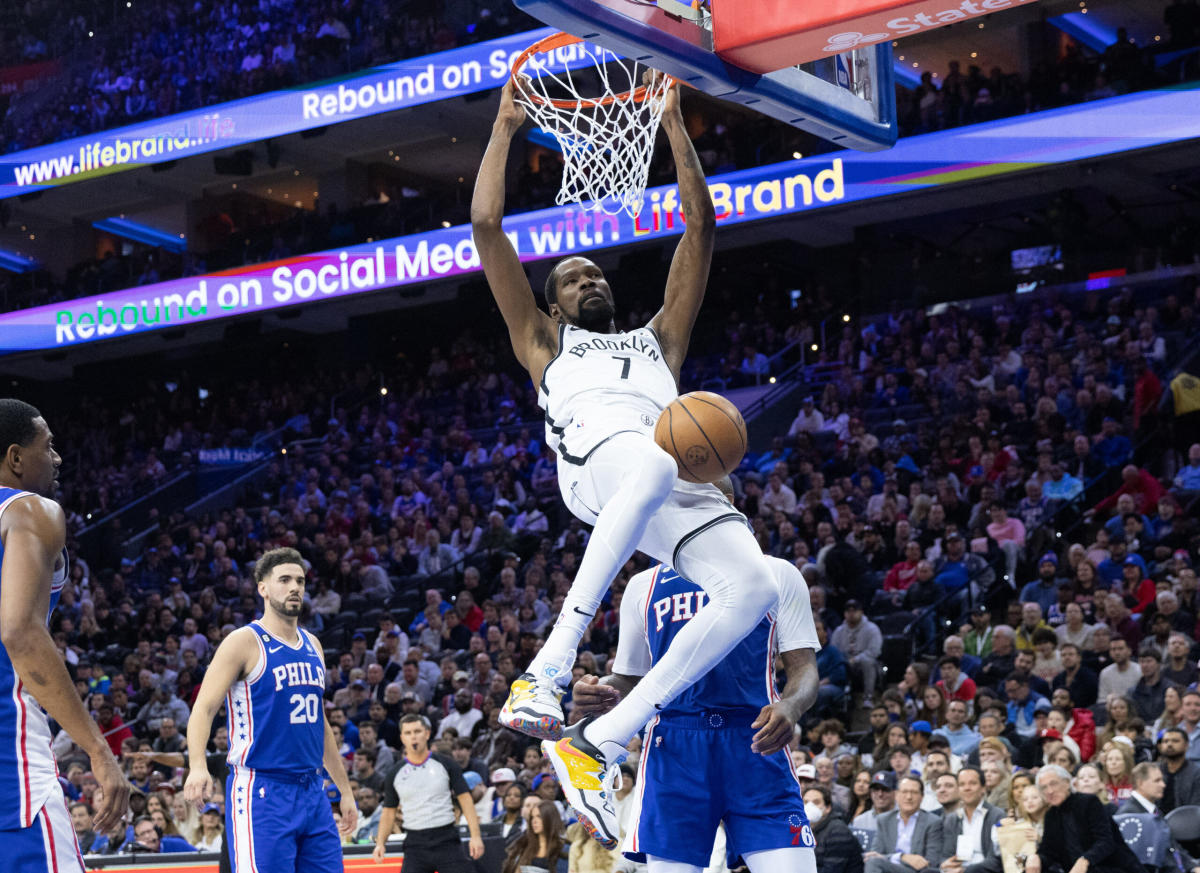 PHILADELPHIA–The Brooklyn Nets entered a hostile environment on Tuesday night when they took on the Philadelphia 76ers as they were dealing with the rabid Sixers fans amidst the return of Ben Simmons.

The way things ended for Simmons in Philadelphia was obviously not great and the fan base at the Wells Fargo Center had a lot to get off their chest.

This comes after the Nets have been dealing with the aftermath of the latest Kyrie Irving saga and it feels like Brooklyn receives a lot of jeers and boos when they go on the road. It makes sense why the Nets get the hate they receive, but they also know they have to deal with it and find a way to be successful.

“You know the fans will be involved and get excited, not get excited, but just bring their best, but that’s in every arena,” said Kevin Durant after the Nets took an embarrassing loss to the shorthanded Sixers. “Everybody wants to see our team fail. Nobody likes Ben, nobody likes Kai, nobody likes myself so it might be like that in every road arena. So it’s just something that we gotta deal with.”

Durant and the Nets had no business losing that game on Tuesday. Philadelphia was missing Joel Embiid, James Harden, and Tyrese Maxey and then they lost Matisse Thybulle in the second half. This was a game Brooklyn should have won rather easily, but they did not rise to the occasion.

As for the way Simmons handled the large amount of criticism he received from the Sixers fans, Durant was impressed with him after he had 11 points, 11 assists, and seven rebounds.

“I thought he did a great job of just handling it and playing his game,” said Durant. “We had a chance to win. We just didn’t.”

The Nets will look to bounce back when they take on the Toronto Raptors on Wednesday.

NBA Twitter reacts to the Nets’ disappointing loss in Philadelphia

Stephen A. Smith slams Nets for ‘disgraceful’ loss to 76ers