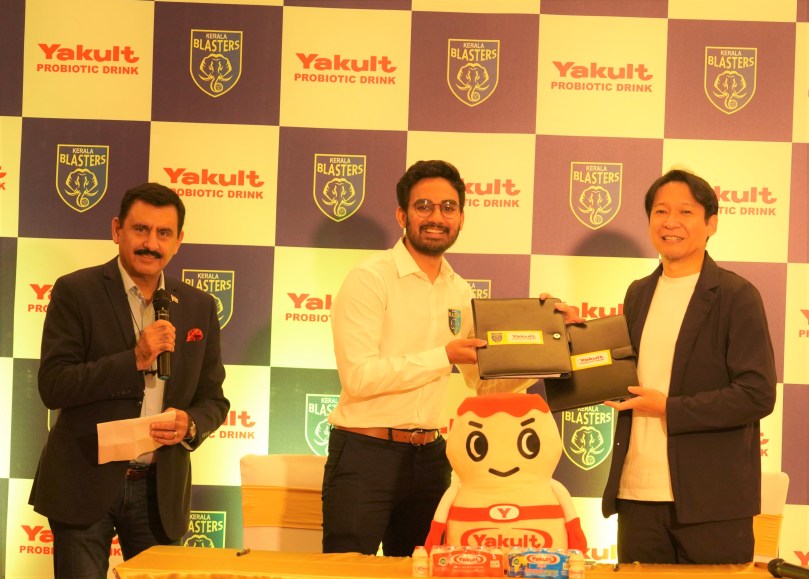 Yakult was launched in India in 2008 and is presently available in 31 states/UTs. More than 40 million bottles of Yakult are consumed every day in 40 countries and regions.

A bottle of Yakult contains over 6.5 billion unique beneficial bacteria (Lactobacillus casei strain Shirota) which offer specific health benefits that have been established through years of research. The bacteria present in Yakult reach the intestines alive in sufficient numbers and suppress the growth of harmful bacteria. Daily consumption of Yakult improves digestion and helps to build immunity. There are 2 variants of Yakult i.e., Yakult and Yakult Light with reduced sugar. It has a shelf life of 40 days from the date of manufacture, when refrigerated. It is manufactured at a state-of-the art HACCP, and ISO 14001 and 45001 certified facility at Sonepat, Haryana, near Delhi.

There is promising evidence to show that probiotics can help in building immunity and reduce the risk of common cold in athletes. This was shown in a study conducted at Lou borough university in U.K by Prof. Michael Gleeson, Prof. of Exercise Biochemistry. The study showed that athletes benefitted from daily consumption of the probiotic drink Yakult, in improving their immunity and reducing the risk of respiratory infections, like common cold and flu.

Speaking on the occasion, Mr. Hiroshi Hamada, Managing Director, Yakult Danone India Pvt. Ltd. said, “This sponsorship is in line with Yakult’s corporate philosophy which is “We contribute to the health and happiness of people around the world.” Therefore, Yakult strongly supports all programs and activities that can build good health in addition to contributing to a healthy environment. Apart from this, the performance of Kerala Blasters FC in the season will be also seen to attract Yakult Danone India to be together.

“I believe Kerala Blasters FC as a team that can again go further and give stiff competition to other teams for the 2022/2023 season. This team has a very good past record as well. Also, the club has strong fan base. Therefore, we choose to sponsor this team and establish strategic partnership so that it can benefit not only this team, but the people in the state of Kerala in general. “

Elaborating further, Mr Hamada said, “We are also considering at introducing a Japanese League Club to Kerala Blasters FC as part of the essence of this collaboration. I hope that the various possibilities of collaboration between India and Japan will contribute to club, players and grassroot activities in the coming season.”

Mr. Nikhil Bhardwaj, Director, Kerala Blasters said, we are delighted to have Yakult with us as associate sponsor of KBFC.

With its global mission of contributing to the health and happiness of people around the world, it is a matter of great pride for us that Yakult has chosen to partner with KBFC for the upcoming seasons of ISL. We look forward to working with the Yakult Team in making the brand reach and connect with the KBFC Fans and millions more through this exciting partnership.

This partnership will give us an opportunity to build meaningful campaigns and make it a win-win partnership for both brands.

At KBFC we encourage good health and fitness and Yakult and KBFC are a great fit!

Mr. Navroze D Dhondy, MD and Founder, Creatigies Communications, the agency which stitched this partnership, stated, “Creating Yakult – KBFC partnership has been extremely rewarding for us as an agency as this is Yakult’s first association with a Sports Team in India. While having worked in the Sports Sponsorship domain over the last 2 decades, we always sense that added spark in the first time partnerships that makes them so special. The involvement shown by Yakult and KBFC during this course has been full of positivity and energy.

Though Yakult has been at the forefront of many Sports Sponsorships around the world, we strongly believe that Yakult – KBFC partnership will drive great value for the brand and will be the start of many more exciting opportunities for Yakult in India.