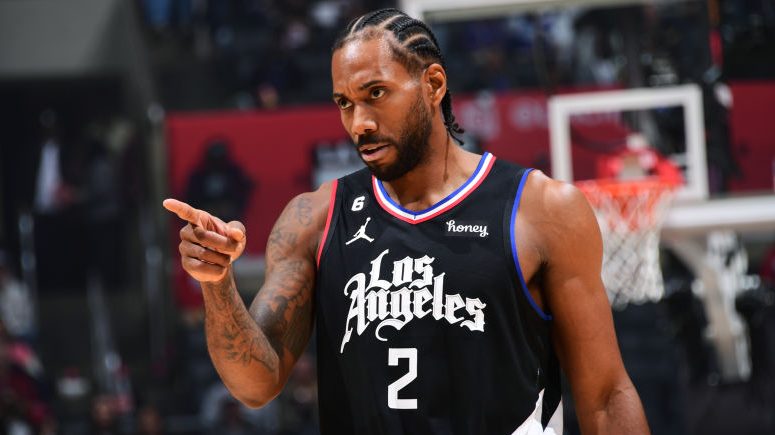 For 15 games Los Angeles had been able to keep its head above water. An elite defense (second-best in the league) and the third-easiest schedule allowed them to be 8-7 despite the worst offense in the league to date.

From the front office through the locker room, there was a sense that Thursday night was when the Clippers had to get serious — Kawhi Leonard returned from the knee soreness that had sidelined him all but 42 minutes this season. Kawhi was in the Clippers’ starting lineup for the first time since Game 4 against the Jazz in the 2021 playoffs.

It wasn’t pretty. Leonard finished with six points on 2-of-8 shooting, five rebounds, and four assists in just under 25 minutes. To the Clippers’ credit, they didn’t force-feed him chances early, they let the game come to him, but the rust was apparent.

That said, his presence changed the game: Leonard was +26 in a five-point Clippers win over the shorthanded Pistons (96-91).

“Offensively he didn’t play great,” coach Tyronn Lue acknowledged. “But you know, his impact defensively is huge for us. So you know, with him on the floor we’re a different team.”

“I don’t know if a lot of people knew it, but how he took over the fourth and just a calm demeanor, the way he wanted the ball, the way that he got us in positions,” Reggie Jackson said of Leonard’s impact on the game when the Clippers pulled ahead for the win.

It was the first step, but there are so many more the Clippers need to take.

“I feel like we need to be better at everything,” Leonard said. “Out of timeouts, defensive rotations, definitely the offensive end, we’ve got to start getting better shots. Just everything. I feel like we’re behind and we to start focusing up.”

The Clippers’ offense has no identity yet (and they will be without Luke Kennard for a week or two with a strained calf). Lue knows what he wants it to be — “drive, touch the paint, kick, swing” — but more often than not at the first sign of resistance the Clippers retreated to isolation basketball. It has been their default all season. The team needs to show a little more commitment to the system, picking their spots for Leonard or Paul George isolations, and it needs some continuity.

However, just Leonard and George’s gravity as scorers can create easy opportunities for others.

“So having those guys, having all those weapons… your defense is really geared up toward them. So it allows [Ivica Zubac] and I an easy pick-and-roll, easy reads,” Patrick Beverley said after he scored a team-high 23 points on 7-of-12 shooting against the Pistons.

Beverly admitted he was still trying to adjust to playing with Leonard again, to what the Clippers look like with their core healthy. The Clippers also talked about having 66 games still to figure it all out — the NBA season is a marathon.

“It’s just a process man just hoping you can get Kawhi and keep him on the floor for a long period of time so we can kind of get our rhythm and rotations, and try to see the team we’re actually going to be,” Lue said.

What does Lue see as the next step for Leonard?

Looking beyond that with this team is not a luxury Lue is afforded. But he understands that the season has started in earnest for his team now, and if they want to live up to their preseason picks as a potential contender in the West, they have a lot of work to do.

Here’s more on the Clippers