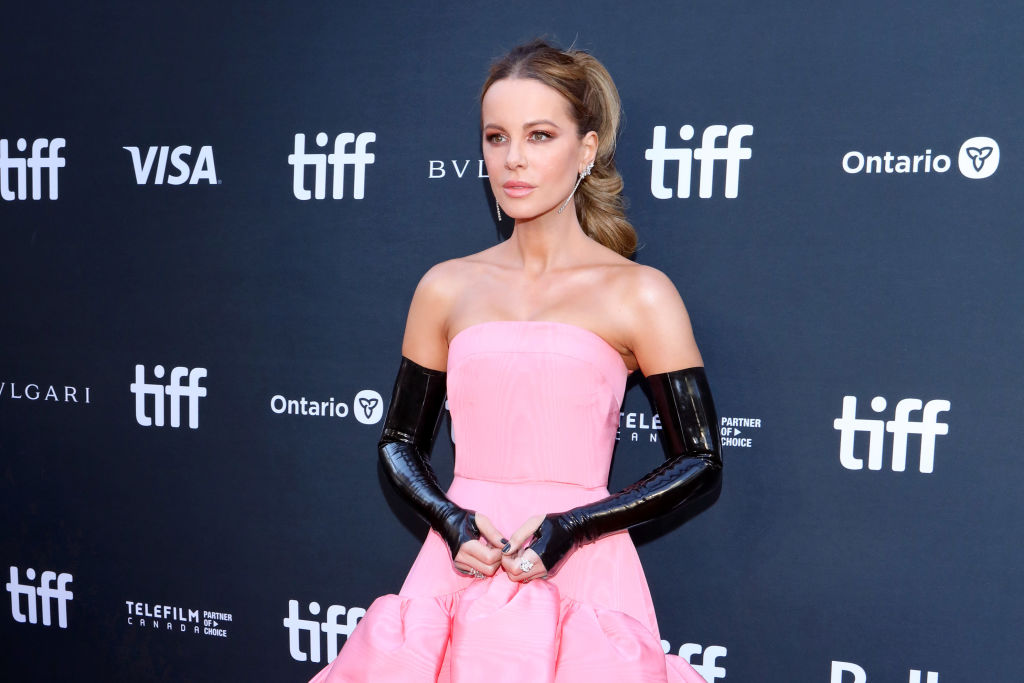 Kate Beckinsale made an elegant fashion statement as she attended the 2022 Toronto International Film Festival yesterday.

The actress wore a show-stopping designer gown for the premiere of “Prisoner’s Daughter” at the Roy Thomson Hall on Wednesday. Beckinsale slipped on a blushing pink drop waist silk ball gown that featured a straight neckline and a fit-and-flare silhouette. The high-low gown is the Strapless Voilant Faille High-Low Gown from Bach Mai’s Collection 0.

Beckinsale slicked her honey-brown hair back into a bouncy ponytail. The actress went with a cat eye look with a nude lip for her makeup.

The actress plays Maxine in the highly anticipated film. Catherine Hardwicke’s ‘Prisoner’s Daughter’ tells the story about a man’s fight for the love of his daughter and grandson after he serves 12 years in jail. The drama film is set to release later this year starring Beckinsale alongside Brian Cox and Ernie Hudson.

The Toronto International Film Festival celebrates its 47th anniversary with 11 days of international and Canadian cinema. There will be special events featuring some of the biggest names in film including the TIFF’s Industry Conference. The film festival offers diverse and innovative perspectives on the art and business of film. The festival started on September 8th and will run through September 18th. Other stars alike Oprah Winfrey, Kate Hudson, and Anna Kendrick have already attended some of the film festival’s events this year.