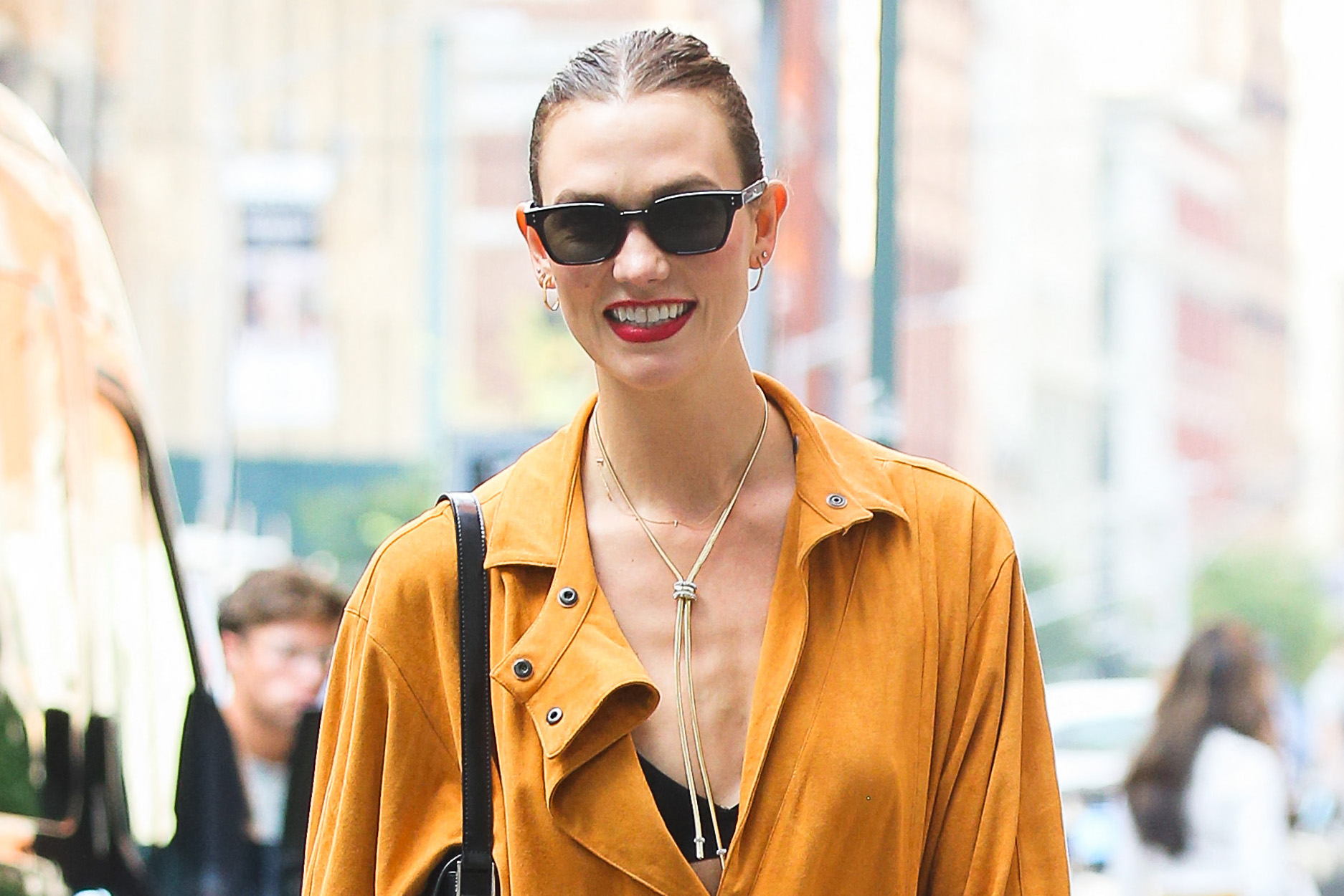 Karlie Kloss found her pace in an all-Isabel Marant look while taking the streets of New York City.

The supermodel was photographed leaving her apartment in Manhattan yesterday. Kloss was wearing a mustard long-sleeved suede jacket that she purposely left unbuttoned on the top, revealing a black bra top underneath.

The jacket was designed by Isabel Marant, just like Kloss’ footwear choice for this look. The 30-year-old model walked in a pair of knee-high boots with Moroccan print all over.

The whole look recalled the “no-pants” trend that influencers such as Ariana Grande, Olivia Culpo and countless more embraced ubiquitously on the streets throughout 2018. It made a revival in July with Maren Morris on ‘Today’ show, last June with Chrissy Teigen’s appearance on “Late Late Show With James Corden and in May with Sophie Turner, among other stars in recent months.

Kloss’ footwear wardrobe is varied, often featuring heeled sandals and loafers by The Row, Jacquemus, Versace and Kurt Geiger. She also prefers strappy sandals or pointed-toe pumps by Roger Vivier, Giuseppe Zanotti and Aquazzura for formal occasions. The former Victoria’s Secret Angel is a longtime member of the fashion community, starring in campaigns for Dior and Marc Jacobs, among other high-end brands. She’s also been an ambassador for Express, Swarovski, Carolina Herrera Fragrances and more.