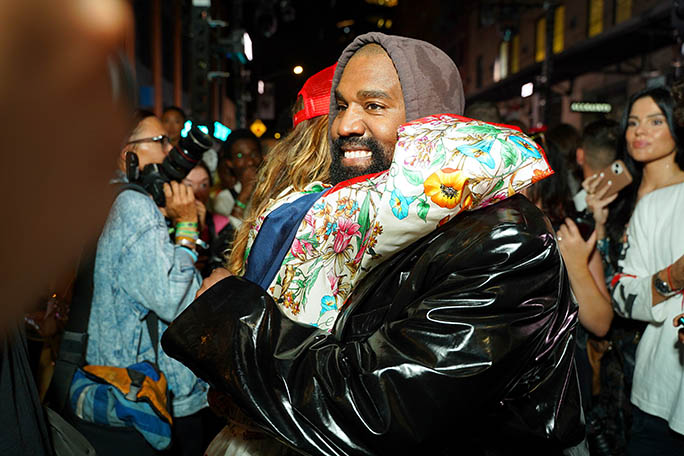 The Vogue World event during New York Fashion Week brought out an A-list roster of VIP’s. Vogue magazine celebrated its 130th anniversary with a live runway show and fashion experience.

The event turned into a star-studded affair with Kendall Jenner, Serena Williams, Joan Smalls, Gigi and Bella Hadid and Joan Smalls making an appearance on the runway. While Keke Palmer, Lori Harvey, Jared Leto and even Kanye West.

Ye was casually dressed for the evening, arriving in a black shiny coat which he paired with matching trousers. He completed his look with a brown zip-up hoodie and sported a full beard.

When it came down to the shoes, other photos show that the “Can’t Tell Me Nothing” artist completed his look with brown boots. The silhouette ran up along his calves and thick outsole with a rugged heel for greater comfort and traction.

West favors futuristic and utilitarian footwear styles. The record producer often wears his own sneakers, clogs and boots from his Yeezy line. Aside from his own brand, he’s also worn Air Jordan sneakers in the past. In recent months, West’s style has shifted to feature work, combat and hunting boots from brands like Dryshod and Viron. Aside from his own Yeezy brand with Adidas, West has also collaborated with Gap and Nike during his career.