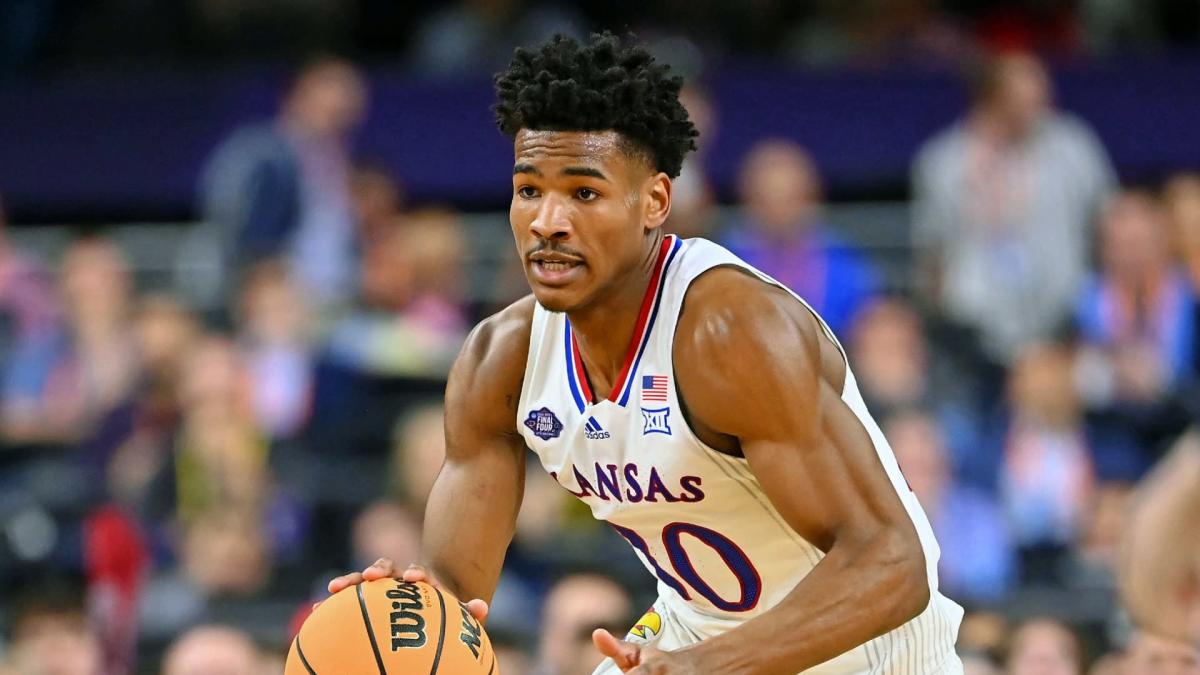 WASHINGTON — Kansas guard Ochai Agbaji was the best player on the national championship team, he shot 40.7% from three at a high volume (6.5 3PA/g), he has a plus wingspan (6-foot-10) and recorded the fourth-highest vertical leap at this year’s combine (39 inches.). All those traits suggest he should be a high pick in this year’s NBA Draft.

But he’s also 22 years old and a four-year college player, and in the age of one-and-dones and draft classes dominated by 19-year-olds with perceived potential, Agbaji is currently slated to go outside of the lottery. If that’s the case, he will aim to be the next upperclassman to prove NBA evaluators wrong.

Agbaji is already charting that course in a way. He said he’s been studying Desmond Bane of the Memphis Grizzlies, who fell to 30th overall in 2020 after playing four years at TCU and has since emerged as a borderline star in the NBA.

“I watch a lot of Desmond Bane. That’s someone that I would say is similar to me game-wise. We’re both athletic, strong and can guard and make plays off the bounce, too,” Agbaji said after a pre-draft workout with the Wizards in Washington on Friday.

“He was a four-year guy, went under the radar and has his feet down in Memphis now. That’s really cool seeing that. He’s one of those guys who I saw his transition into the league.”

Agbaji’s vertical leap indicates plenty of athletic upside, despite his age. He could also point to his trajectory in college, which suggests he is a late bloomer.

Agbaji tested the NBA Draft waters last offseason before returning to school, a smart decision because he both won a championship and has re-emerged with a much better standing in the draft. Agbaji was projected to go in the second round last summer. Going back to school let him return to the draft process a more polished prospect.

“Sometimes you’ve gotta stay patient, sometimes it’s not going to be there right away, the first two years or first three years. But if you stay the course, things will come to fruition,” Agbaji said.

Agbaji spoke with the Wizards at the NBA Draft combine in Chicago in May and then worked out on Friday opposite MarJon Beauchamp of G-League Ignite and Brady Manek, whose North Carolina Tar Heels team Kansas beat in the NCAA title game.

It was a unique encounter with Manek just two months after their teams played on college basketball’s biggest stage. Agbaji said one question he’s getting from NBA front office executives these days is what was said at halftime of that game as Kansas erased a 16-point deficit for the largest comeback in the history of the NCAA final.

Agbaji has been telling teams that head coach Bill Self was visibly angry, but left much of the talking to the players themselves. As a leader in the locker room, Agbaji addressed his teammates.

“Basically, what I just said is ‘we have 20 minutes together, guys. We can talk here and there about what we need to do, but at the end of the day it takes us just going out there and doing it.’ I knew I had everybody’s attention, everyone was going to listen to me and trust me, so those [things] went a long way.”

Agbaji helped set the tone for Kansas and believes he can bring the same traits to an NBA organization. He got a good feel for the Wizards by interacting with their officials and by seeing some of their players train on the court before the pre-draft workout was held. He was impressed with the professionalism from those he encountered.

Agbaji is the son of two Division I college basketball players and said basketball has always been part of his life. At Kansas, he played under Self, who is a Hall of Famer, and came away with an advanced understanding of movement and spacing on the court. He said Self emphasizes players knowing where all 10 players are supposed to be and how the five on his own team are supposed to execute plays.

The former Jayhawk has workouts scheduled with the Knicks, who have the 11th pick, and the Hawks, who select 16th overall. He has also worked out for the Hornets, Thunder, Bulls and Cavaliers.

In Agbaji, one NBA team is going to get an accomplished college player with high-flying athleticism and a proven track record shooting from 3-point range. Maybe it will be the Wizards. 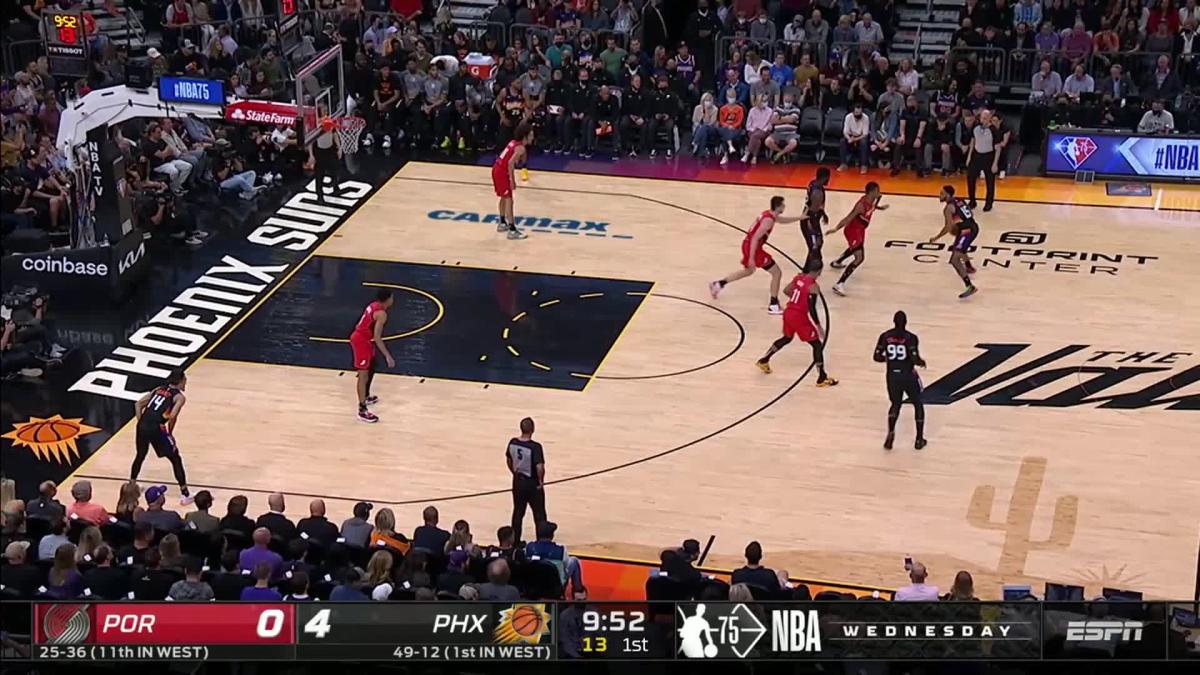 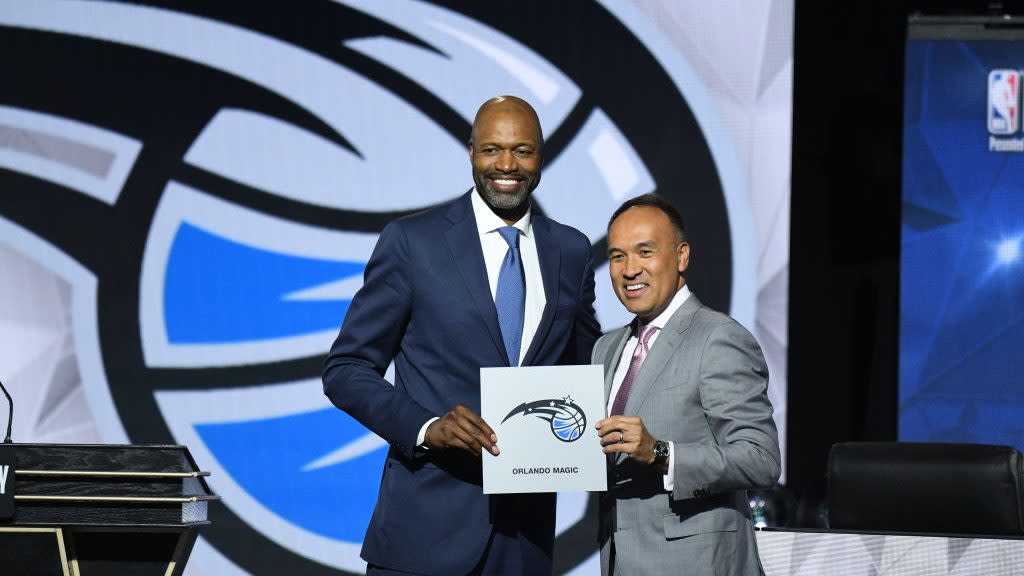