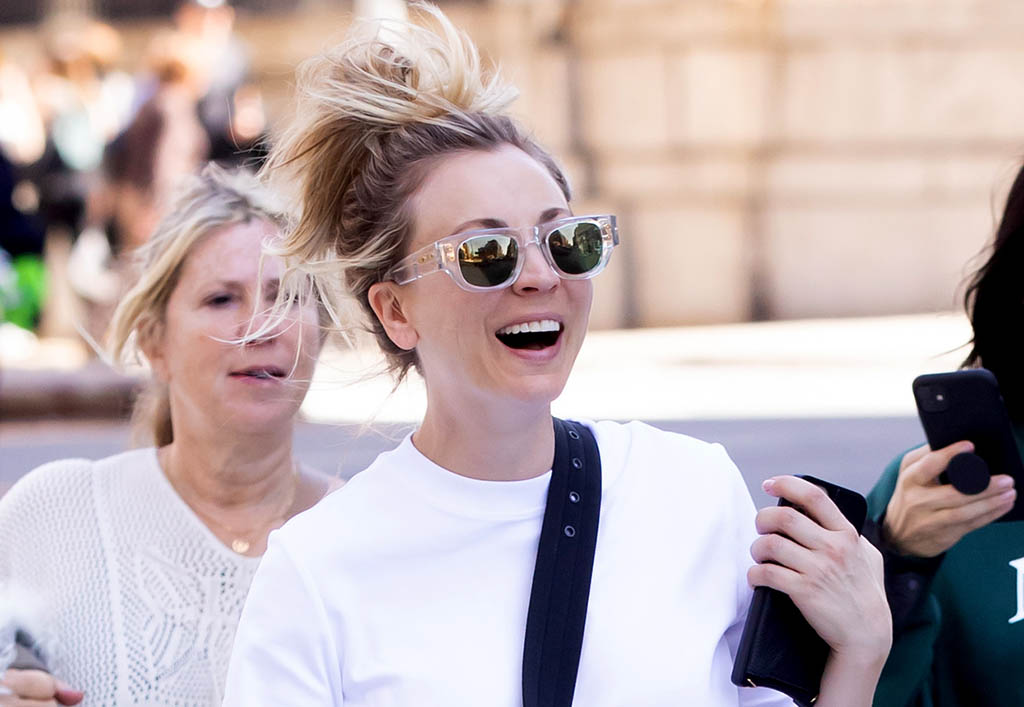 Kaley Cuoco snaps a photo of her ’90s style, complete with chic posing for her Instagram story yesterday.

The actress made a bold statement in Alexandre Vauthier, seen leaning back at the front entrance of a house on a walkway surrounded by gravel.

The star stood with swagger in a white striped suit, smiling back at the camera. The blazer Cuoco wore was fitted with long sleeves and was kept open, keeping things easy and breezy. Cuoco wore a white tank top under her suit jacket, done in the same color with vertical black stripes. The tank was tucked neatly into the star’s trousers, which were also pinstriped and white.

The pants were high-waisted and baggy, offsetting the fitted nature of the blazer. The actress wore a plethora of gold necklaces stacked neatly in a row and finished the ensemble off with studs in her ears and gold rings. The hair and makeup was sleek, Cuoco’s hair kept up and out of her face, save for her bangs which were styled in a shaggy, face-framing cut. Cuoco’s makeup was neutral and topped off with a graphic wing.

For footwear, Cuoco posed in pointy white pumps with a sizable heel. The stiletto style was skinny and sharp, mirroring the pointed toe on the heels. The shoes add to that clean, “girl boss” style the star was going for, rounding out the look perfectly. 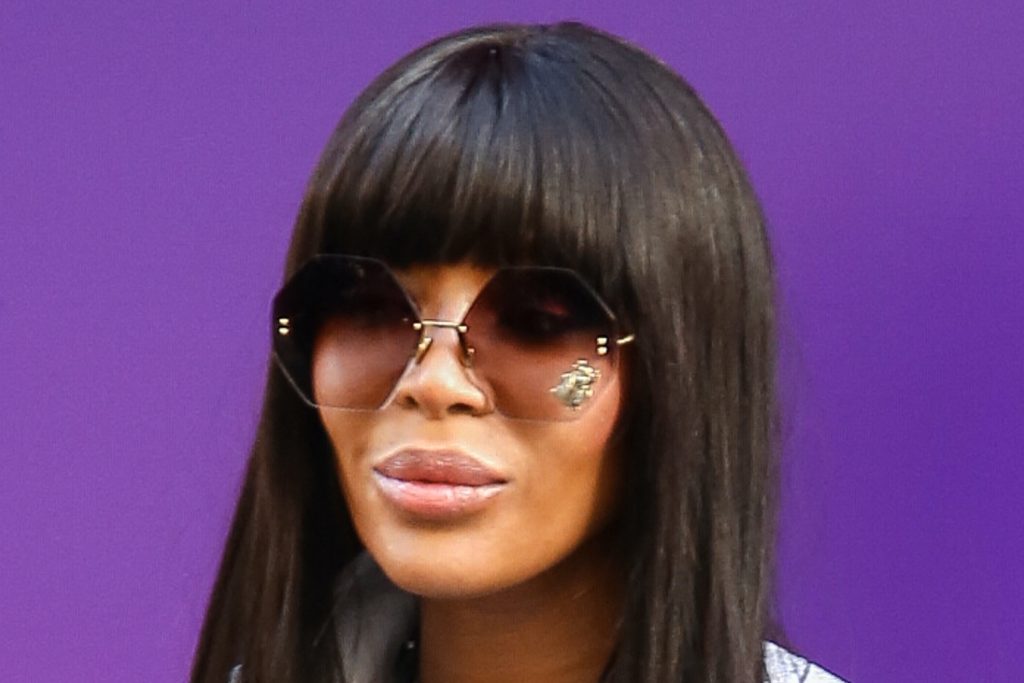 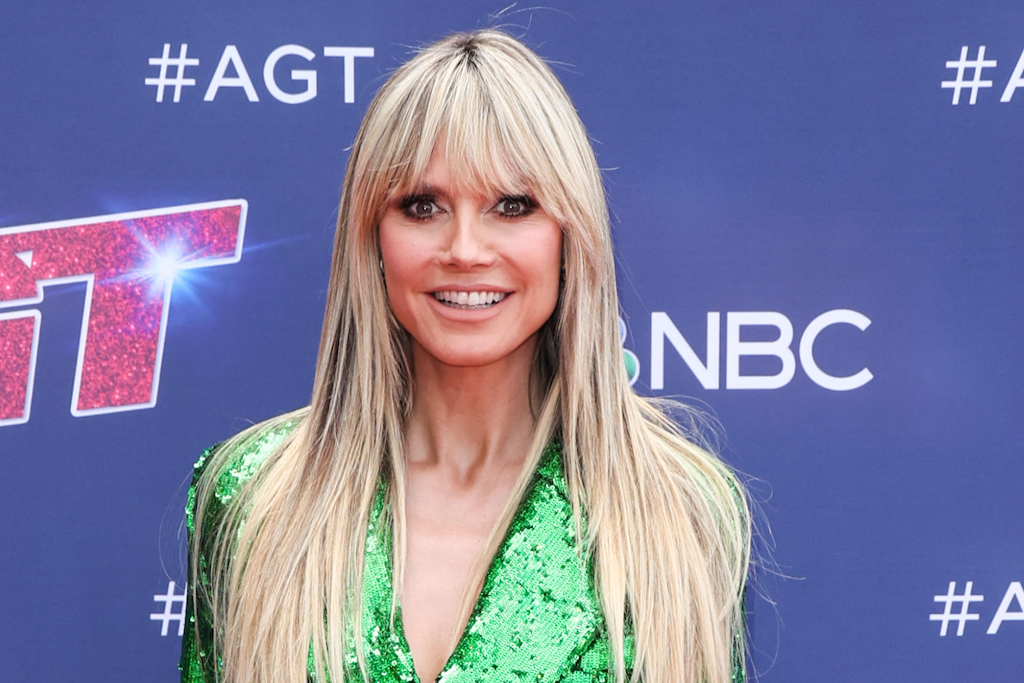 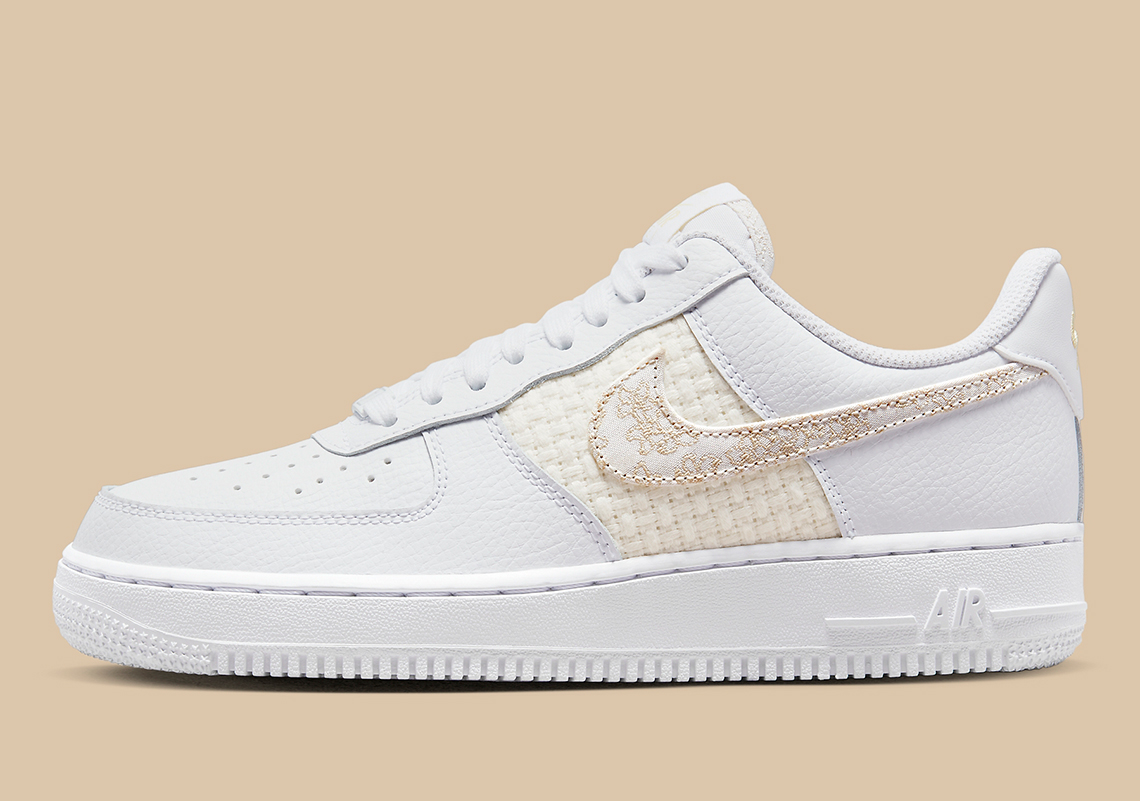 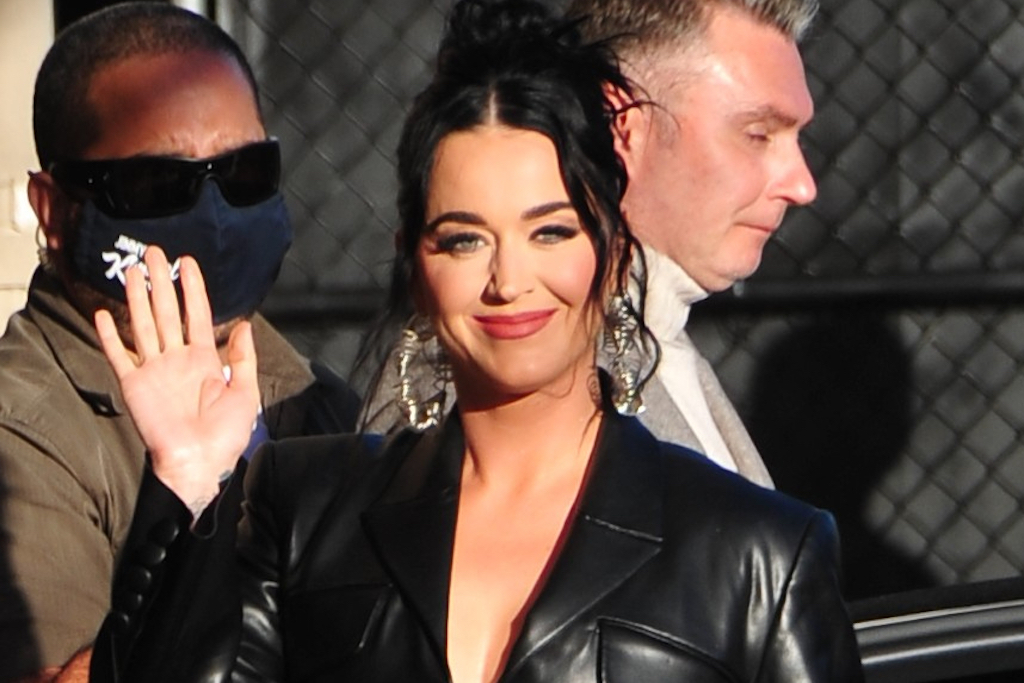