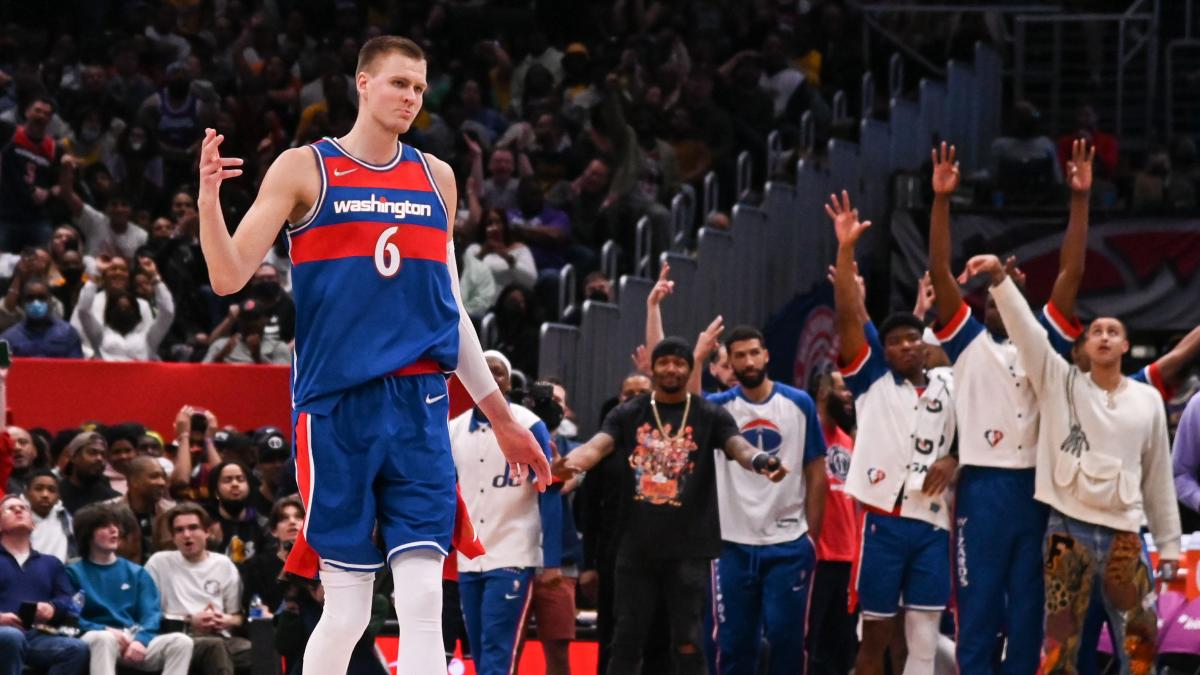 Just how good is Porzingis when healthy? originally appeared on NBC Sports Washington

Kristaps Porzingis’ reputation as an NBA player has a well-established duality between his talent and availability. Yes, he’s good, but he has had some trouble staying healthy.

Porzingis has spoken about that himself and at length. During his introductory press conference with the Wizards, he stated his goal of rewriting that narrative.

Maybe he will indeed do that in Washington. He’s only 27 years old and wouldn’t be the first player to overcome injury issues early in his career to enjoy better luck later on. His new teammate Bradley Beal did the same, to a certain extent.

But let’s take Porzingis’ durability out of the equation. Just how good is he when he’s on the floor?

He might be better than most realize, actually. If you compare his numbers within the context of NBA history and the current league landscape, he stands out, and not just because he’s 7-foot-3 and so uniquely versatile he’s known as the ‘Unicorn.’

Porzingis, in fact, flies in some rare air statistically. Take his career averages of 18.9 points, 7.9 rebounds and 1.9 blocks per game. Porzingis is one of only 10 players in NBA history to average at least 18, 7 and 1.5 in those categories and the other nine players are a who’s who of top-tier big men. Those nine are Kareem Abdul-Jabbar, Tim Duncan, Shaquille O’Neal, David Robinson, Hakeem Olajuwon, Patrick Ewing, Anthony Davis, Yao Ming and Joel Embiid.

Porzingis also has the highest 3-point percentage among those 10 players at 35.3%. Now, he also has the lowest field goal percentage (44.4) and, not surprisingly, ranks low in terms of games played. Only Embiid (328) has appeared in fewer regular season games than Porzingis (337). As a result, he has the fewest win shares of the 10 and by a good margin.

Porzingis, though, is one of only three active players with career averages of 18+ points, 7+ rebounds and 1.5+ blocks. Embiid and Anthony Davis are the others.

While he has had well-documented injury problems, Porzingis has been even better since returning from his ACL surgery in the 2019-20 season. During that span of three seasons, he has averaged 20.3 points, 8.8 rebounds and 1.7 blocks. Only Davis has averaged at least 20, 8 and 1.5 in those categories. Porzingis has also played in more regular season games than Davis (151 to 138) and has shot a better 3-point percentage (34.7 compared to 28.6), though has also shot a lower field goal percentage (45.1 compared to 50.8).

Porzingis’ rate statistics like per game average and shooting percentages have put him in a select group. But he’s also fared well, perhaps surprisingly, in volume categories.

Since the start of 2019-20, he has the seventh-most games (21) with 20+ points, 10+ rebounds and 2+ blocks. The only players with more are Giannis Antetokounmpo, Joel Embiid, Karl-Anthony Towns, Anthony Davis, Nikola Jokic and Rudy Gobert. Porzingis has the 12th-most such games since 2015-16, when he entered the league, despite all the time he’s missed, including the entire 2018-19 season.

Porzingis also has the sixth-most games with 5+ blocks (27) since he was drafted. The five players ahead of him are Gobert, Myles Turner, Hassan Whiteside, Davis and Brook Lopez.

Beal is also on the list of 21 players, which means him and Porzingis are arguably one of the better free throw shooting duos in the NBA based on volume and percentage. That could bode well, particularly late in games.

Now, the extent to which Porzingis has struggled to stay on the floor needs to be mentioned. Since he came back from ACL surgery for the 2019-20 season, he’s appeared in 151 of his team’s 226 total regular season games. Broken down by percentage, he has been absent about a third (33.2%) of the time.

But that doesn’t guarantee he will be injured all the time moving forward. He’s intent on changing that storyline and, if he does, the Wizards will have a very good player in their lineup. Just look at the numbers.

Basketball Reference’s Stathead was used for this research