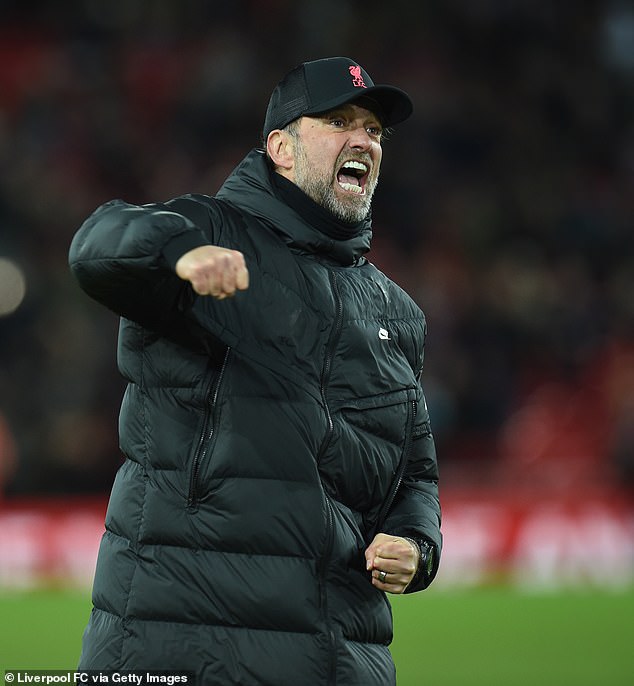 ‘I got a little bit carried away!’: Jurgen Klopp celebrates Liverpool’s 6-0 thrashing of struggling Leeds with SEVEN fist pumps in front of the Kop as his team move within three points of leaders Manchester City

Jurgen Klopp admitted he got ‘a little carried away’ after giving seven fist pumps to the Kop after Liverpool’s 6-0 rout of Leeds United on Wednesday night.

The Liverpool boss celebrated a win that moved his team within three points of Premier League leaders Manchester City with a fist pump for each goal and then another for good measure.

The title race is very much back on after Liverpool made no mistake in their game in hand with Mohamed Salah and Sadio Mane both scoring twice and defenders Joel Matip and Virgil van Dijk also on target. 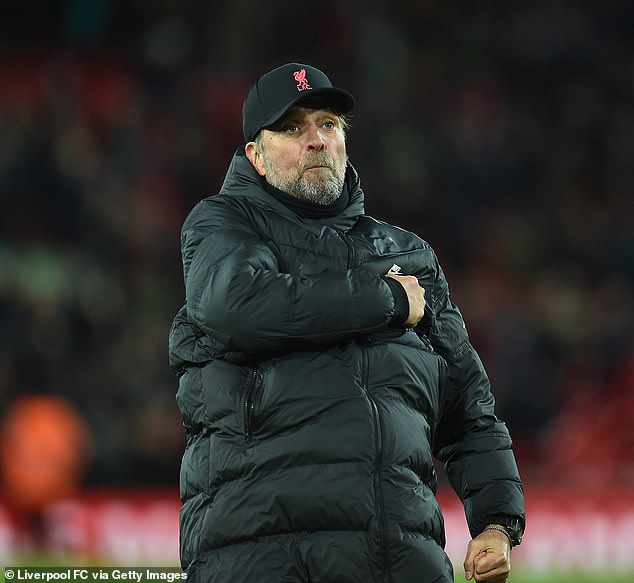 Such a celebration has become a trademark for the passionate Klopp but usually he only gives three fist pumps. His more exuberant celebration on Wednesday night signified the importance of the win.

Klopp said: ‘In that moment I got a little carried away and these days it does not happen too often to me.

‘But it happened and it was absolutely fine for that moment.

‘I really loved how the whole stadium responded to that in the game and how we were really in the game as a unit. 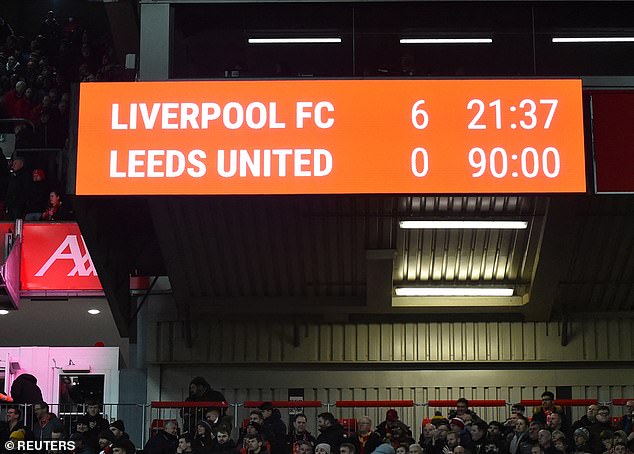 Liverpool sent out a warning to Manchester City with their performance, whose slip-up at Spurs has allowed the Reds back in 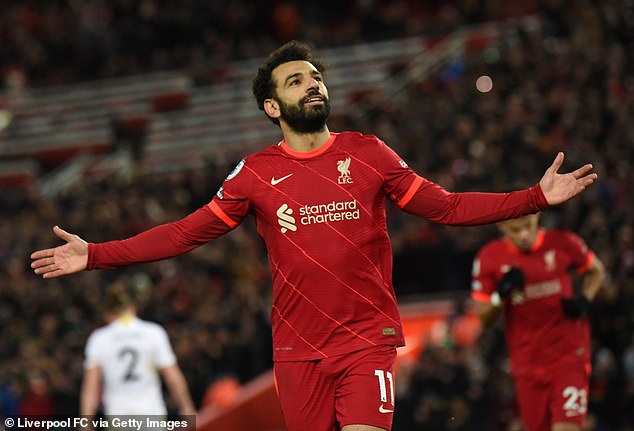 ‘I couldn’t be more thankful for the support of the people because for so many things I am happy with this and it will not always happen, obviously, but from time to time we can give them a performance like this tonight.’

City’s 3-2 defeat to Tottenham on Saturday, only their third of the league season, opened the door for Liverpool to close the gap in a match rearranged from Boxing Day.

They blew Marcelo Bielsa’s struggling Leeds side away with three goals in a 20-minute spell during the first half.

Two of those came from penalties by Salah, who also teed up Matip for his first goal since December 2020. 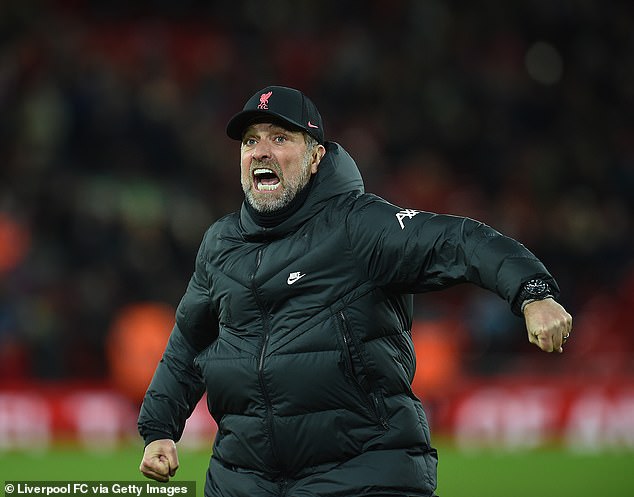 Mane added two late goals and Van Dijk wrapped up an emphatic win with a header in stoppage time.

In what could ultimately prove significant, Liverpool now have a goal difference of +50, which is superior to City’s +46.

The two teams are set to meet at the Etihad Stadium on April 10 in what could potentially be a title decider.

City have the chance to re-establish their six-point lead this weekend when they travel to Everton on Saturday, with Liverpool in the Carabao Cup final against Chelsea on Sunday. 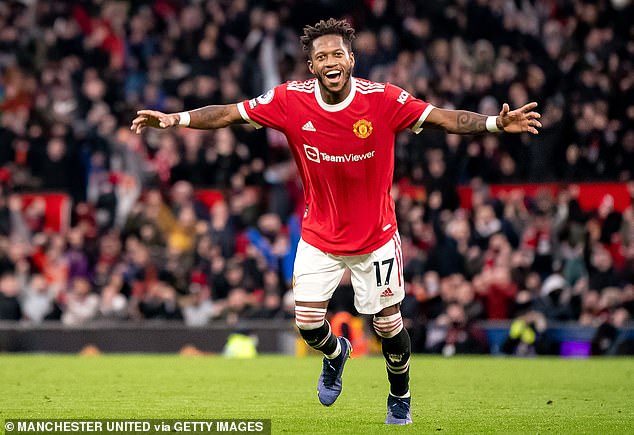