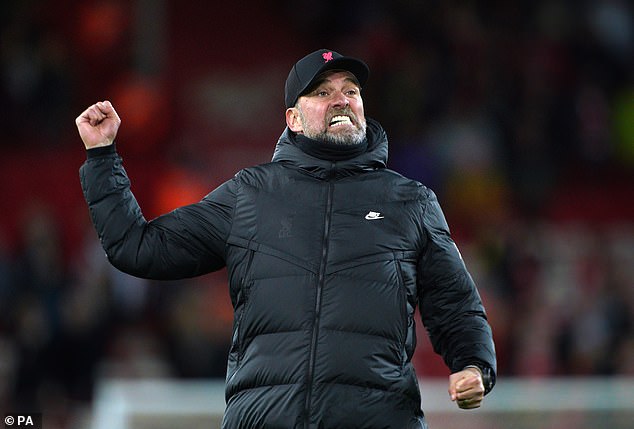 Liverpool manager Jurgen Klopp admitted that his side were fortunate to beat West Ham as they closed the gap on league leaders Man City.

A goal from Sadio Mane in the 27th minute proved sufficient as Liverpool secured a 1-0 win at Anfield to close the gap on Premier League pace-setters City to three points.

However, Klopp acknowledged that there were periods in Saturday’s game when Liverpool were very fortunate defensively as they struggled to cope with the attacking threat provided by West Ham. 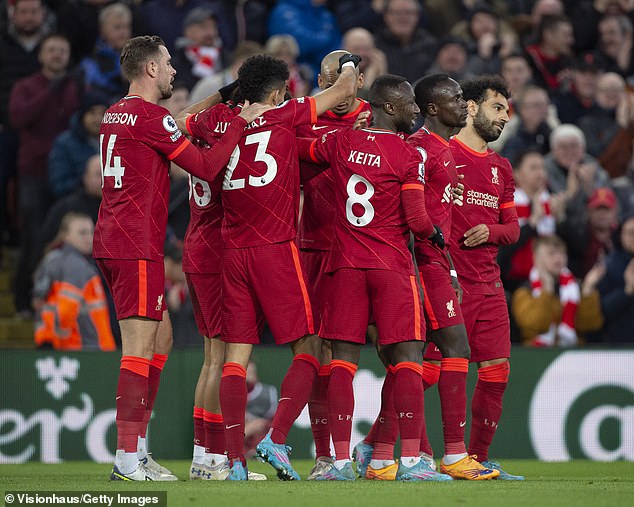 A relieved Klopp spoke highly of the passion that his players showed in order to secure three points in testing conditions.

Speaking after the game, Klopp told Sky Sports: ‘I don’t know if we will remember this game as one of the most important. A tricky fixture but we did really well in the first half. We know about all the different things West Ham are really good at, and in the first half we denied them in all these situations.

‘We could’ve scored more, we didn’t and then the game is open. Massive chance for (Jarrod) Bowen, it was the first time we didn’t defend (Michail) Antonio properly, but that was then the (game on) for them, they didn’t have to defend differently, they had to be direct. Antonio used his body well and around the second balls we were not as good.

See also  AFCON: Players will be able to stay with their clubs until January 3 in boost to the Premier League

‘I told the boys after the game if you are not well organised you have to defend with passion and that’s what we did.’ 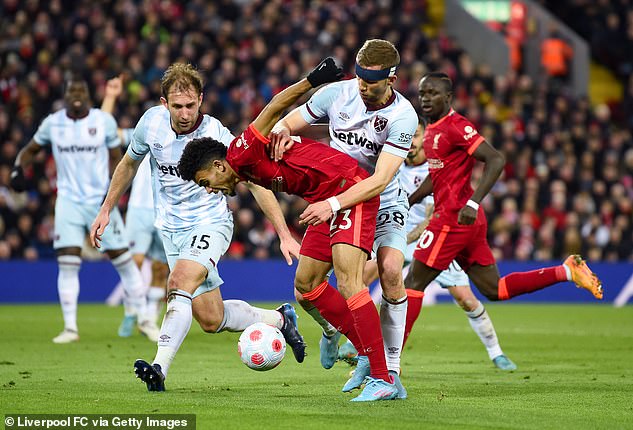 Klopp praised West Ham, with Liverpool having to work hard to secure victory at Anfield

Klopp continued: ‘First chance Ali (Alisson) was calm, Trent cleared the situation. But this situation is a good example, people say we defend with a high line, but there was no pressure on the ball at all, we still had a high line and forgot completely Fornals, and that’s obviously not how you defend. But the other situations were different. We lost the challenges and they were really there, had their big chances.

‘We were lucky in these moments, but you can’t win the number of games the boys have in the last few weeks without stressing a bit of luck.’

Klopp praised West Ham, who are competing to secure a top four finish. However, the German was simply pleased to have taken all three points from a difficult fixture.

The Liverpool boss was then quizzed on his rivals, one in particular in Man City, and he admitted that he is interested in what occurs when Pep Guardiola’s team face Manchester United on Sunday.

‘Of course we are interested in it, but we have no influence on it,’ Klopp added.

‘We have to win the games we play. Those we do not play in we have no hand in it. Why we don’t think about it or talk about it, we just try to win our games.’ 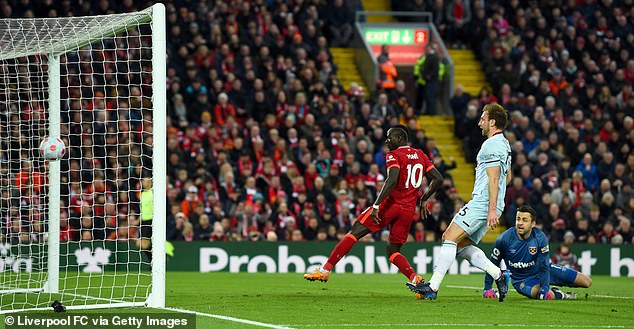 Klopp added: ‘Absolutely happy with the result. I know we can do much better but not today. You have to bring this game over the line and we did that. It’s not a coincidence they are around the Champions League spots.

‘The way they played today they didn’t need (Declan) Rice, because they just chipped the balls in the last line and we had to defend that better, but today Antonio was in a lot of moments in a better position and that’s why they had their moments. But it’s all fine, it’s over the line, that’s good.

‘I think the set pieces, I cant remember a proper dangerous situation from them. But you have to defend always with passion but when the organisation doesn’t work, so Robbo was there twice, Trent got the ball off the line, that’s as important as any other thing on the pitch like, scoring a goal. So it’s all good.’

See also  Pogba limps out of training in national camp

Liverpool have 11 games remaining in the Premier League this season, while they are also still in contention in the Champions League and the FA Cup.

Klopp’s side secured their first silverware of the season last weekend as they beat Chelsea on penalties in the Carabao Cup final, and they will be determined for further glory before the conclusion of the campaign. 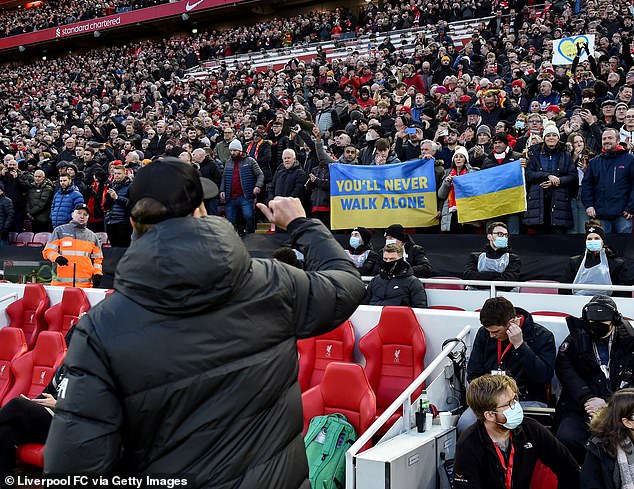 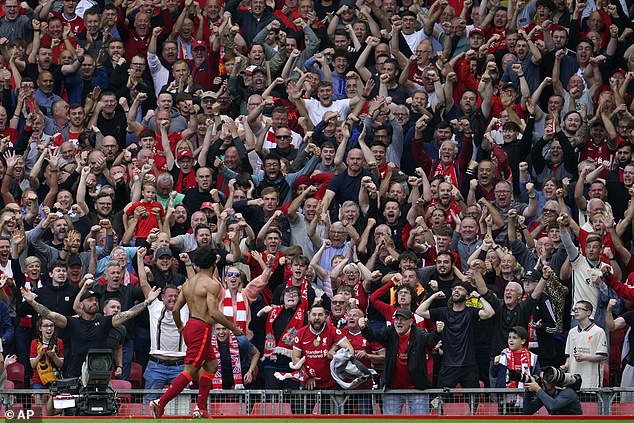 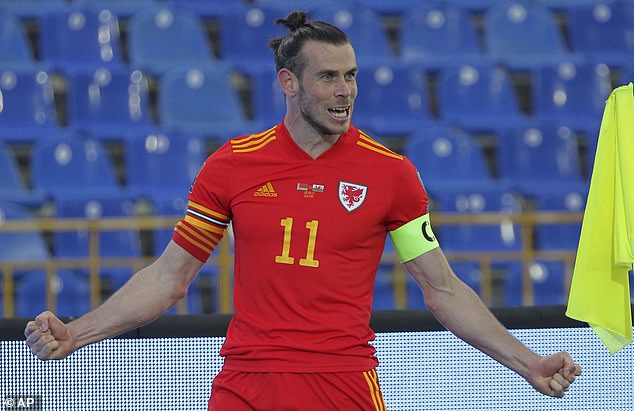 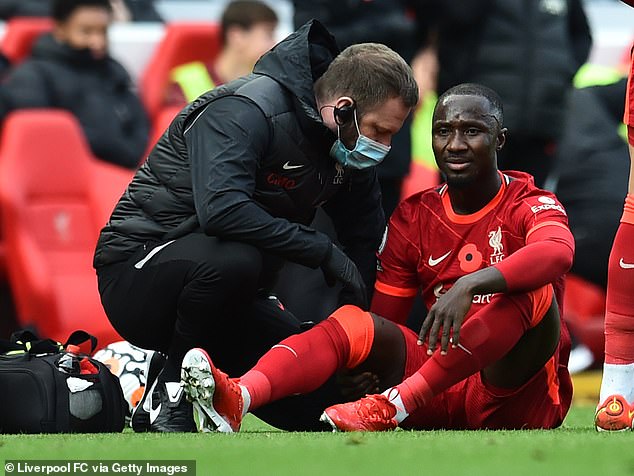 Liverpool: Naby Keita is ‘out for a while’ after picking up a hamstring injury, reveals Jurgen Klopp 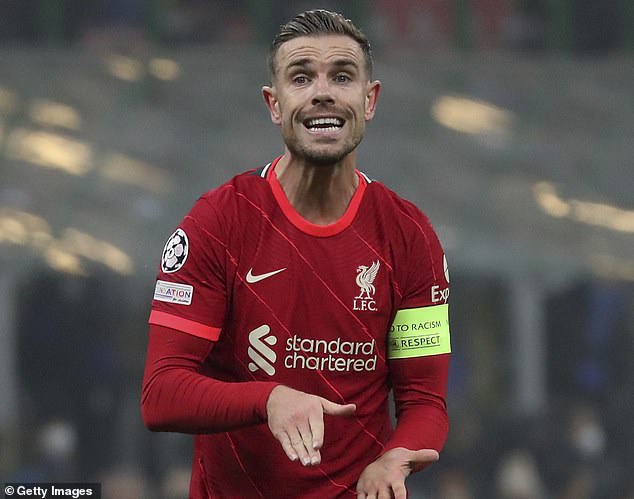