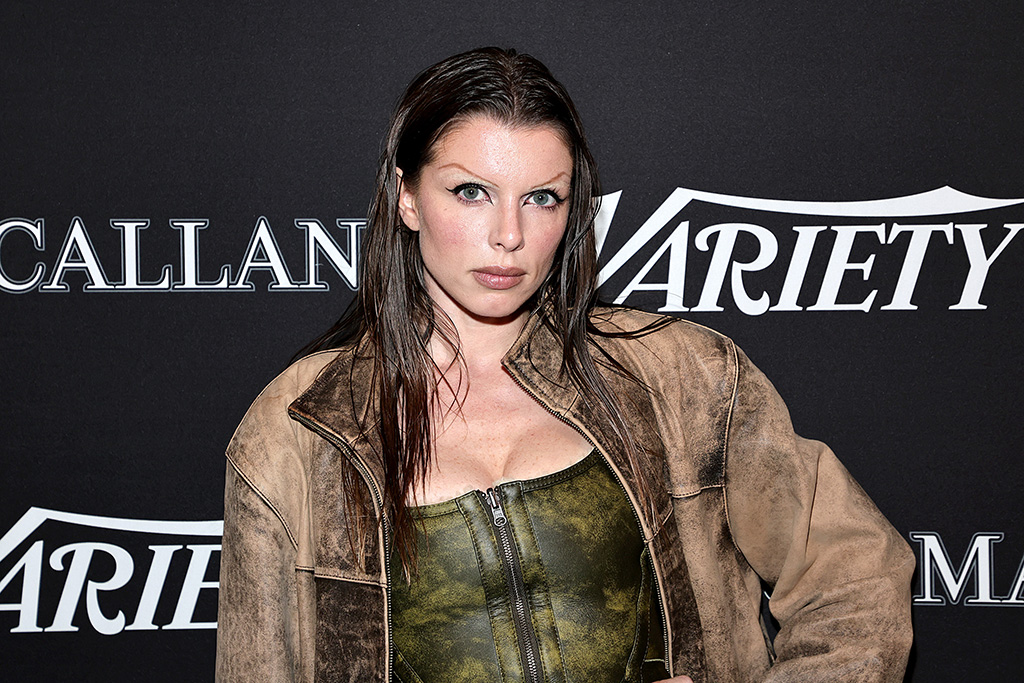 Julia Fox made another fashion statement at Variety’s New York Party. The actress arrived at the event, held at the American Bar in New York City on Thursday, wearing an apocalyptic style.

The model styled a green zip-up corset made of acid-washed leather and top lined with shearling. The sculpted garment was worn underneath a brown leather jacket and a matching pair of leather pants – both following the acid-washed aesthetic.

Fox’s pants featured a long and wide distressed hem made of a grey fabric that eclipsed her shoes. The “Uncut Gems” actress carried a black and brown raw leather bag.

Although they weren’t visible, her shoes had chunky platforms heels that shaped the hem of her pants.

Even before the night began Fox shared her makeup process for the event with her followers on TikTok. Taking her viewers through the process, the star shared a raw look at her process, using her fingers for most of the makeup application, all while wearing a black bra.

Fox brought back her brows for one night and one night only, flattening her bleached ones down, drawing on arched brown ones instead. For hair, Fox oiled her strands up, opting for a wet look that was styled down and parted in the middle.

PHOTOS: Check out some of Julia Fox’s most sleek fashion moments over the years.