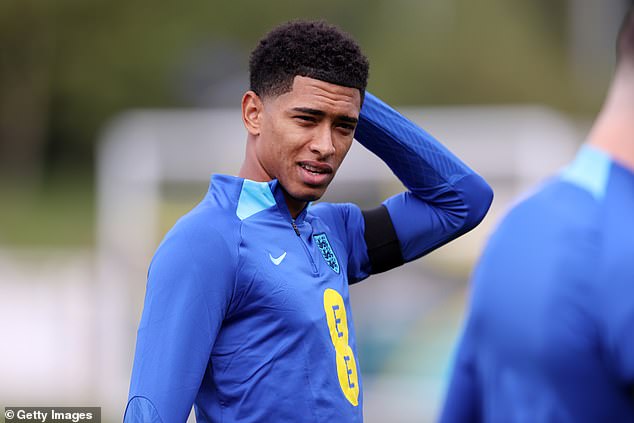 Gareth Southgate is ready to hand Jude Bellingham a two-game World Cup audition against Italy and Germany amid fitness concerns over Kalvin Phillips.

Borussia Dortmund midfielder Bellingham sat out training yesterday, as did Jordan Henderson — added to the squad as a replacement for Phillips — and Declan Rice as England manage the trio’s workload. Whether Bellingham is ready to start Friday’s game against Italy in Milan will hinge on him playing a full part in training today.

Nevertheless, Southgate is planning to give Bellingham, 19, ample opportunity against the Italians and in Monday’s visit of Germany as he finalises his blueprint for the World Cup. 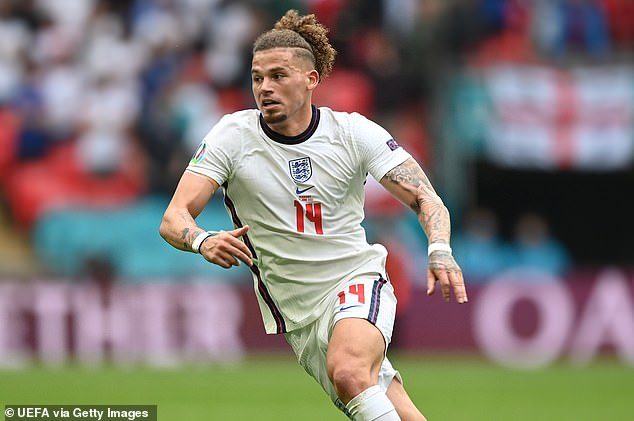 Phillips is missing this camp — the last before Southgate names his squad — due to a shoulder complaint that requires surgery.

If the 26-year-old has an operation in the coming days, there is confidence he will recover in time for England’s World Cup opener against Iran on November 21. However, it remains to be seen if Phillips is fit or sharp enough to start the tournament.

Southgate believes Bellingham is capable of filling Phillips’ position in the team if the City midfielder heads into Qatar with fitness issues and feels the two upcoming Nations League games will provide a suitable chance to test the teenager in the role.

Meanwhile, England new boy Ivan Toney has hit back at Arsenal’s players after they mocked him on social media. 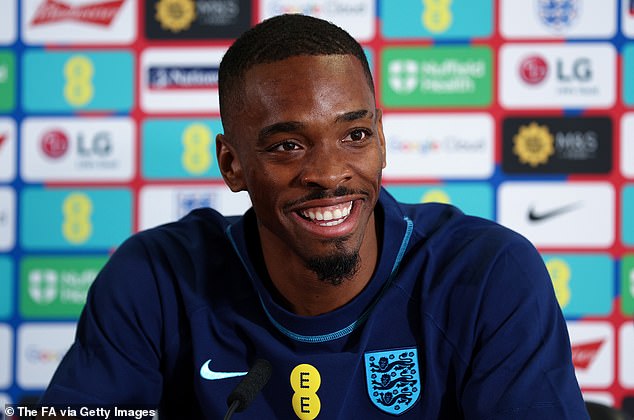 Alexandre Lacazette got his own back last season by mimicking Toney’s tweet after Arsenal beat Brentford 2-1 in the return fixture. Gabriel Magalhaes also got in on the act just hours after the Gunners’ 3-0 victory over Brentford on Sunday by posting his own identical tweet.

And speaking yesterday, Toney (below) said: ‘I think once was funny, the second time a bit cringey, but I bit my tongue.

‘I wanted to reply, I wanted to nibble, but fair play to them they played very well.’

On his England call-up, Toney added: ‘I’ve always had the mindset (that I can play for England). If you manifest it you always have a big chance of doing it.

See also  Liverpool: Why Jude Bellingham would be a £90m BARGAIN