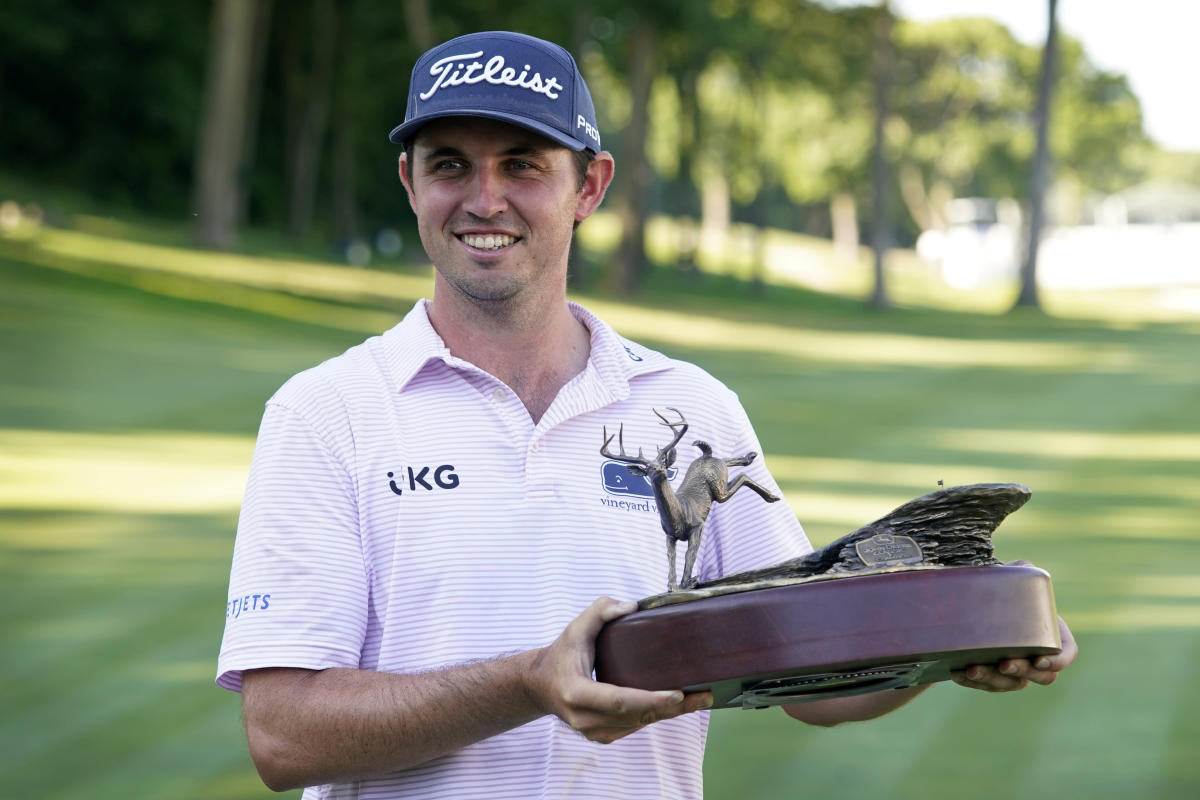 SILVIS, Ill, (AP) — J.T. Poston completed a wire-to-wire victory Sunday in the John Deere Classic for his second PGA Tour title and a spot in the British Open.

Three strokes ahead entering the day at TPC Deere Run, Poston closed with a 2-under 69 for a three-stroke margin over fellow British Open qualifiers Christiaan Bezuidenhout and Emiliano Grillo.

“It is hard,” Poston said. “Wire-to-wire, having the lead for so long that it’s just hard not to think about that fine line all week. I tried to stick to the game plan.”

“I just knew I needed a solid week,” Grillo said. “I just needed to play well and go up the rankings and have a job for next year. That was more important for me than going to the Open. Now I get both, so that’s pretty special.”

Christopher Gotterup, the former Rutgers player in the field on a sponsor exemption, had a 66 to tie for fourth at 17 under with Scott Stallings (70).

“Just more validation that I do belong out here,” Gotterup said. “And honestly, I didn’t have my greatest stuff this week. Hit it amazing, but just putted pretty poorly until coming down the stretch.”

Poston birdied the first three holes, bogeyed Nos. 5 and 6 and parred the next 10. He made a 4-footer for birdie on the par-5 17th and parred the 18th.

“I was just trying to breathe,” Poston said. “I was really. I think there were a lot of nerves, a lot more than the first few days. I was just battling through them. I think after today, after this week, I feel like knowing I can play with those nerves and I can still win, still shoot a solid score considering the pressure and trying to win out here.”

The 29-year-old player from Hickory, North Carolina, won a week after tying for second in Connecticut in the Travelers Championship. He also won the 2019 Wyndham Championship.

The British Open is July 14-17 at the Old Course at St. Andrews.

“I can’t wait,” Poston said. “I’ve always wanted to play in one of those at any venue, but first one to be in St. Andrews and the 150th, I can’t wait to get there and see what it’s like.”