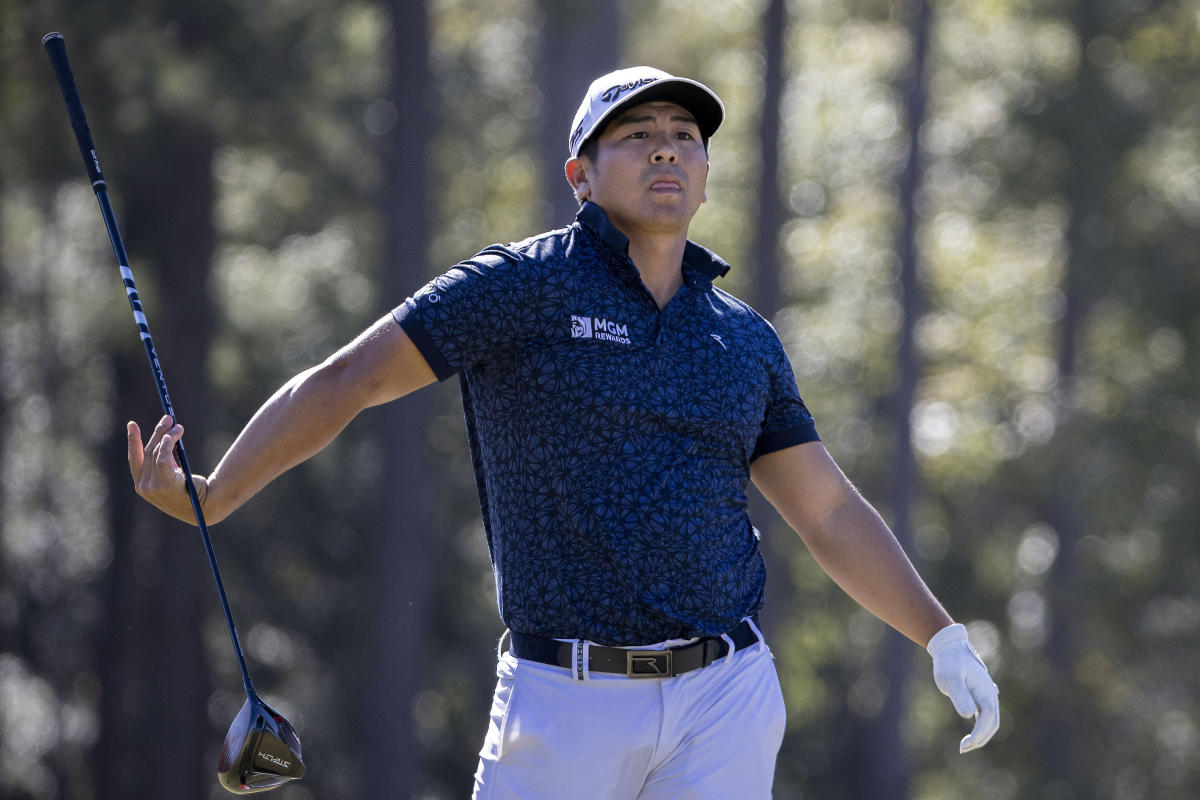 RIDGELAND, S.C. (AP) — Jon Rahm came within an inch of holing out from 195 yards on the hardest hole at Congaree, one of many highlights Friday in his 9-under 62 that gave him a share of the lead with Kurt Kitayama at the CJ Cup in South Carolina.

Coming off a victory two weeks ago in the Spanish Open, Rahm hardly looked like a player who is easing his way toward the end of the year.

He ran off four straight birdies on the front nine, all of them inside 10 feet. He holed a bunker shot from 60 feet on the par-4 eighth, made a 35-footer on the par-3 10th and then capped off three straight birdies with his shot into the 17th that grazed the edge of the cup. Only three other players made birdie on that hole in the second round.

Needing one last birdie for his career-low round, Rahm’s wedge into the 18th rolled off a steep slope and came to rest against a bunker rake. His pitch was strong, rolling 30 feet by and he made his lone bogey.

Kitayama, the 29-year-old Californian who spent his first six years on the Asian and European tours, holed a tough bunker shot for eagle on the par-5 12th for a 65 and joined Rahm at 11-under 131.

Aaron Wise spent time on a putting drill after his opening round and it paid off for him in his round of 66. He was two back, along with Cam Davis (66). Rory McIlroy (67) was two strokes behind the leaders at 9 under.