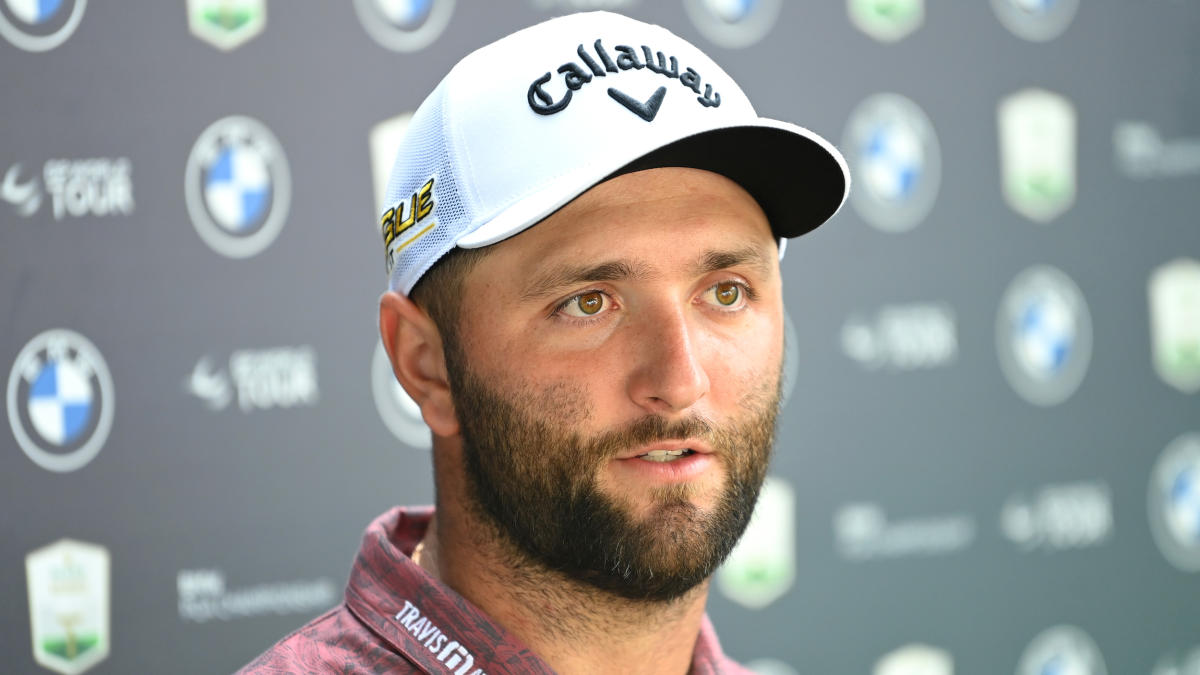 Jon Rahm has denied a rumour on Twitter that he is set to join LIV Golf.

“I must inform you that you have started a losing streak,” Rahm replied to the account that claimed to have not been wrong about a LIV signing. “Because you and your source are wrong,” the Spaniard continued. “I want to thank you for the lift in the PIP.”

The tweet in subject was posted on Tuesday and also squashed by the Guardian’s golf correspondent Ewan Murray, who wrote: “I am reliably told by people I’d trust that this is utter nonsense.”

Some thought that Rahm was beginning to change his tune on the PGA Tour after he suggested that it may need to change its policy on players, especially Europeans, having to commit to 20 events in the future as per new guidelines.

“If we have to play all those 20, then yeah, a hundred percent [it’s asking more of Europeans],” he said at the Tour Championship last month. “I wouldn’t be surprised if that changes, because that puts me in a difficult position having to play – if I go play in Europe in the fall like I’m going to, I have to play from January until August 20 times. I think this is my 17th from January and I don’t think I could add any more.

“So yeah, especially with Ryder Cup and having to play four in Europe, yeah, I think it’s a bit of an ask, and I wouldn’t be surprised if they revise a bit of a rule or make an exception for some players. But if they do it for players like me and Rory, they might have to do it for everybody.”

Rahm then suggested that the power within the tour is held by Rory McIlroy and Tiger Woods.

“You’re asking the wrong guy [on whether there will be changes]. If you want to know about that stuff, you know who of the two players you have to ask,” he said.

The former World No.1 has been a strong supporter of the PGA Tour and the traditional 72-hole format amid the rise of LIV Golf this year. “To be honest, part of the format is not really appealing to me,” he said on LIV. “Shotgun three days to me is not a golf tournament, no cut. It’s that simple. I want to play against the best in the world in a format that’s been going on for hundreds of years. That’s what I want to see.”

Jon Rahm posted a 10-under-par 62 in the final round at Wentworth this past weekend to finish T2nd and one shy of Shane Lowry at the BMW PGA Championship. He currently lies sixth in the Official World Golf Ranking.