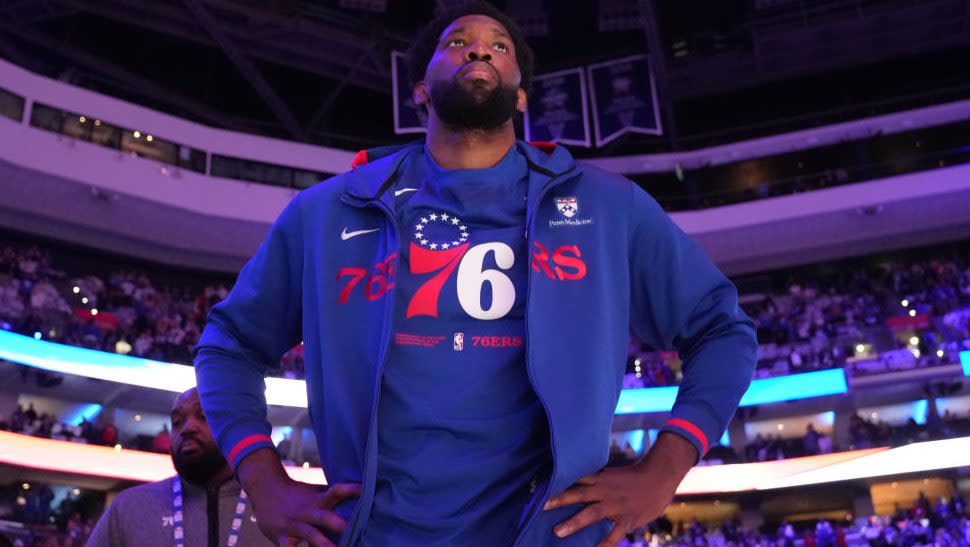 Joel Embiid has put up raw numbers but hasn’t looked like the MVP frontrunner he was expected to be through the first two games this season. And in the second half of the 76ers home opener Thursday night, he really struggled.

Doc Rivers gave an explanation on Friday: Embiid battled plantar fasciitis over the summer, which slowed his conditioning, and he’s trying to play his way into shape. Here’s the quote, via Noah Levick of NBC Sports Philadelphia.

“He had a little plantar fasciitis before the season started — before training camp — and that took him off his conditioning program,” Rivers said. “And so he’s back on that. But listen, he’s playing with the right intentions. He just didn’t play well, and that’s OK, too. That’s going to happen. We’ve still got to win those games.”

Philadelphia didn’t win those games, they are 0-2, although those games were against Eastern Conference favorites Boston and Milwaukee. Embiid struggled on Thursday night against the Bucks — who have the size and athleticism of Brook Lopez and Giannis Antetokounmpo to challenge him — but Rivers said most of the shots he took were good ones, it was just an off night.

Embiid didn’t mention plantar fasciitis — an inflammation of the cartilage that runs along the bottom of the foot, making it painful to walk or run — when asked before the season if he was healthy. However, Levick notes that after one preseason game, Embiid said, “I’ve had an on-and-off summer as far as being able to really do stuff on the basketball court.”

The 76ers schedule softens up for a couple of games — Spurs and Pacers — before a four-game road trip that starts in Toronto. James Harden has dominated the ball early for Philadelphia and put up at least 35 points in each game, but if the Sixers are ultimately going to challenge the Bucks and Celtics, they need Harden and Embiid to mesh (along with Tyrese Maxey to take a step forward).

For that to happen, Embiid needs to play himself into peak shape. It’s a long season, but in a deep and unforgiving East the Sixers can’t wait too long.