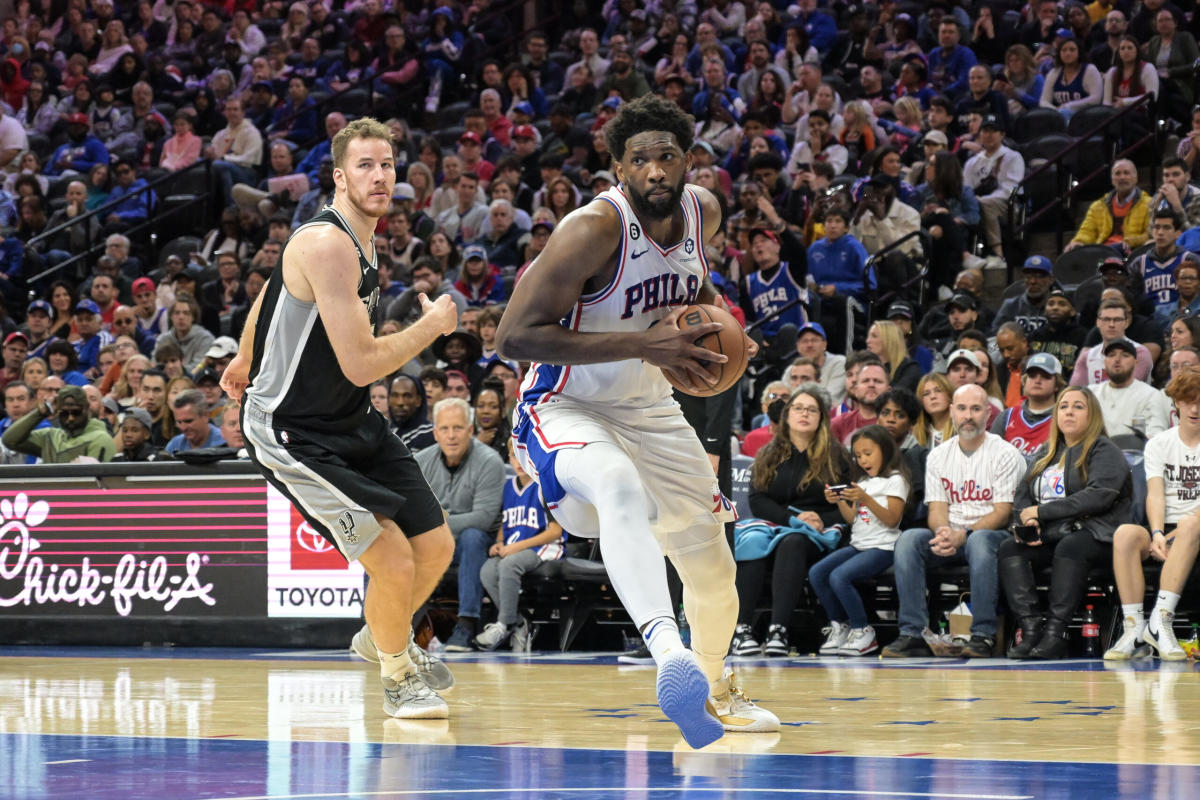 PHILADELPHIA–The Philadelphia 76ers were expected to be among the best teams in the league heading into the 2022-23 season. Considering the talent they have on the roster, it made a lot of sense why that would be the expectation for them.

However, it has been a slow start for the Sixers. They are now 0-3 on the season following a 114-105 loss to the young and rebuilding San Antonio Spurs at home on Saturday.

Joel Embiid had a huge night as he led Philadelphia with 40 points and 13 rebounds for his first excellent game of the season, but it wasn’t enough to get the job done.

“Obviously, I’m not playing at my best,” said the big fella after the loss. “We’re not winning. Tonight was a start, but we got to find ways to win so I need to play better.”

Embiid had been dealing with a plantar fasciitis injury so maybe that has played a role in both his and Philadelphia’s slow start on the floor. Although, that injury was well before the season. Even before training camp and it isn’t bothering him now. So that shouldn’t be an excuse.

Embiid and the Sixers will look to avoid an 0-4 start when they take on the Indiana Pacers at home on Monday.