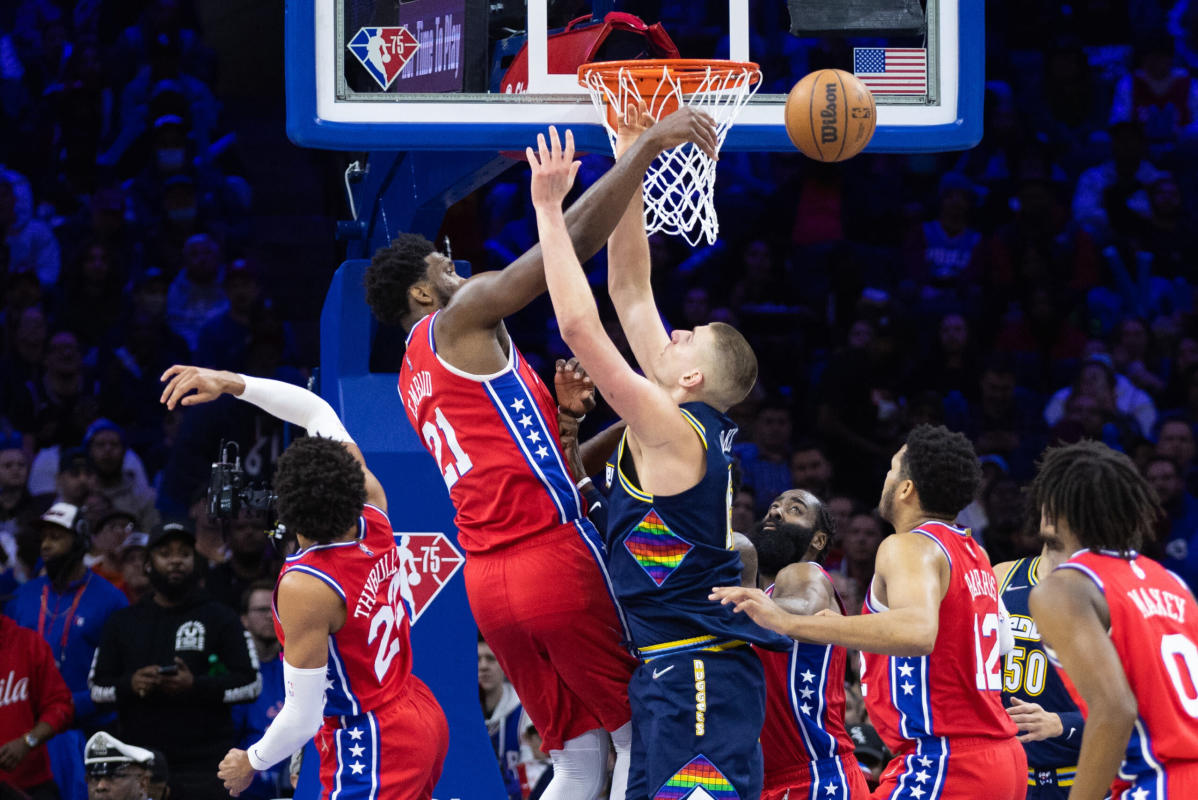 So, when the two titans clash, they have the eyes and the attention of the NBA.

Embiid and Jokic put on a battle on Monday as the Nuggets pulled out a 114-110 win over the Sixers in Philadelphia. Embiid had 34 points on 11-for-20 shooting, nine rebounds, and four assists while Jokic put up 22 points, 13 rebounds, and eight assists.

After the game was over, Embiid discussed his big performance against the reigning league MVP despite the Sixers taking a loss at home.

Embiid did downplay things a bit as he said he wasn’t really interested in just the individual matchups.

Embiid: “Not at all. A regular-season game. It was Denver against the Sixers. We had a good start and then that beginning of the fourth and that end to the first half was terrible for us, but it wasn’t about me or anybody else. We did everything possible to try and get a win.”

Their first matchup since 2019

Monday was the first matchup between Embiid and Jokic since Dec. 10, 2019, so there was a lot of hype heading into the matchup. Embiid missed the first matchup with the Nuggets back in November due to testing positive for COVID and he spoke on being able to face Jokic for the first time in so long.

Embiid: “It’s always been unfortunate. Even this year, I was out because of COVID, and last year, it was the COVID situation and then my knee ended up whatever happened in Washington. Bad timing, but obviously, he’s a monster, he’s a great player. I love competition. I love playing against the best and I’m always happy that it’s another big man. What he’s able to do and he’s a monster. I love watching him, but it’s also easy to study him. He plays against other guys so I know his tendencies. I know what he wanted to do. Unfortunately, I was in foul trouble today. Not being able to be as aggressive as I wanted, but he’s a great player. I love his game. I love watching him and I’m even more proud that it’s a big man.”

The debate between Embiid and Jokic will never end as far as who is the better big man and the better player, but Philadelphia’s big fella is focused more on making sure the Sixers win games. They weren’t able to do so on Monday and that’s what is on his mind the most.

Embiid: “We lost. That’s what I care about. I care about the wins. It’s up to you guys (the media) to have this conversation to decide who’s the best, who has the best game, and all that stuff. I really don’t care about that. I just wanna win. Obviously, we’re thinking about championships and at this point, we gotta be better. As far as individual awards, he’s the reigning MVP and he’s been a monster all season. You guys can also build a case for me, but that’s not my focus. I’m focused on how we can get better every single day and we got a lot to work on.”