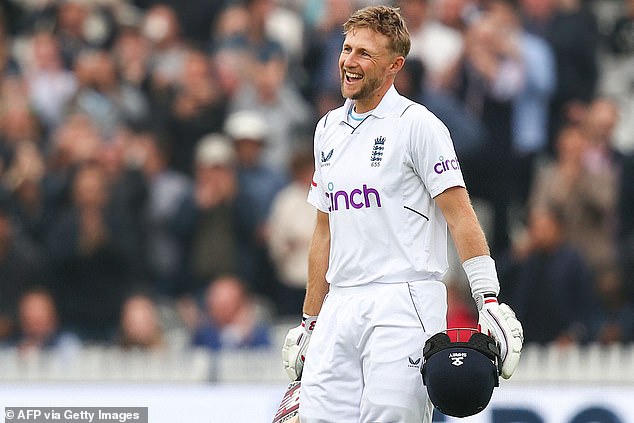 Still dressed in his whites as the clock in a bar of the Regent’s Park Marriott hotel revealed midnight was fast approaching, Joe Root was consumed by the joy of Test cricket once more.

For the team-mates celebrating only a second England win in 18 attempts alongside him, it was a pointer as to the kind of not-captain Root will be. For the 31-year-old, it was a reminder of the dedication and sacrifice it takes to win a long-haul match and the ultimate satisfaction that brings.

Such rewards had not been experienced over the previous nine months, and remaining in his kit a dozen hours after walking off the field suggested he wanted to savour every moment. 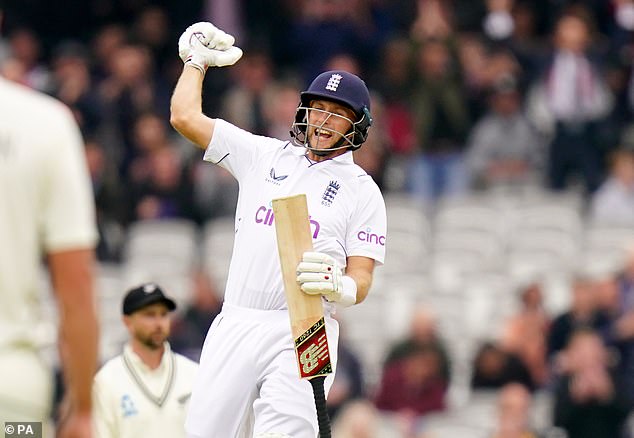 Transitions back into the rank and file are not easy but if his unbeaten 115 against New Zealand, which propelled him back to second in the ICC’s batting rankings, was anything to go by, Root will navigate the threshold comfortably this summer.

It was hardly as if Root’s form as captain had dried up. There was the small matter of 1,708 runs last year. Two hundreds in Tests in 2022 preceded the match-winning effort, yet it somehow felt like his previous batting efforts had been made while lugging around a Bulgarian Bag on his shoulders.

However, prior to that glut, he spent lockdown watching hours of video footage of past dismissals, to gain a picture of where things had been going wrong, filing them into categories — ‘good ball’, ‘s*** shot’ and ‘bad technique’.

If that process possessed a negative tone, this breezier, happier innings was reflective of his mood all week in the Lord’s dressing room. According to colleagues, the sketch of the smile that brimmed as he took the acclaim from the stands on Sunday morning had lingered on his face all week. 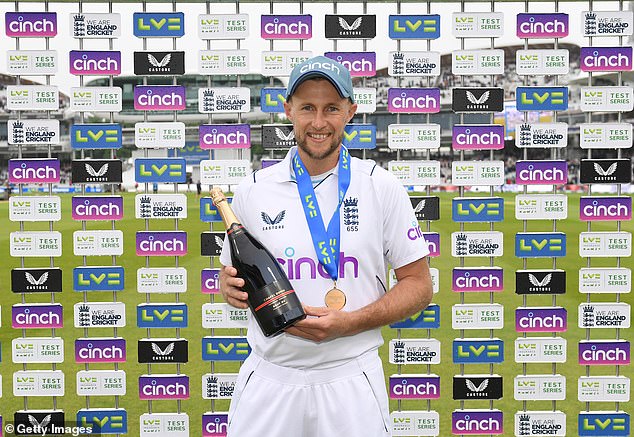 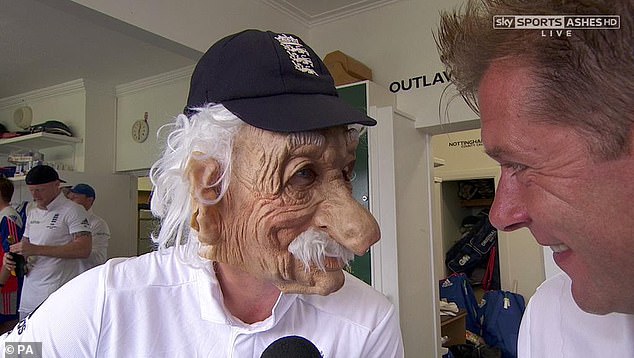 There is no Albert Einstein mask or impressions of the late Bob Willis, but Jovial Joe is back

The jovial Joe of the past, they say, was back. No Albert Einstein mask. Impressions of the late, great Bob Willis on hold. But the naturally cheeky chap was no longer suppressed by the formal nature his previous position demanded.

Batting is the thing that has always come easiest to Root. And it didn’t need him to stand his bat on end like a Harry Potter wannabe to show that the magic that had made him an integral part of the national team across all formats in his early 20s had returned.

His mind being freed from the manacles of leadership — the bowling changes, the team talks, the debriefs, the tactical pressures — allowed the purest form of Root the player to re-emerge.

The one who spent hours on end practising on the boundary edge with his brother Billy while father Matt was playing for Sheffield Collegiate. As he admitted post-match this week, it was not until they were separated that he realised what an unhealthy relationship had developed between himself and the England captaincy. 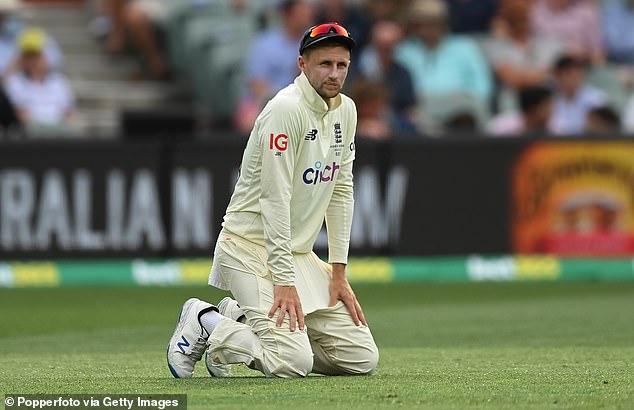 The day-to-day pressures which come with such a role wore Root down. He may only have acknowledged the fact post-Caribbean tour defeat but the signs were evident long before.

As team figurehead, he took it upon himself to front the negotiations over the Covid restrictions Cricket Australia wanted to impose for last winter’s tour Down Under.

Those close to him emphasised how he placed the well-being of team-mates ahead of his own during that period. He accepted he had a responsibility as England captain to tour but wanted to ensure waverers, particularly those with young families, were given assurances to make them feel as comfortable as possible.

Then, one of the sport’s more sensitive and caring souls suffered sleep-disturbed nights in the build-up to the first Ashes Test last December after being caught up in the Azeem Rafiq racism scandal. With his character under attack in some corners of social media, he doubled down on his claim that he had not witnessed any incidents of discrimination first-hand at Yorkshire. 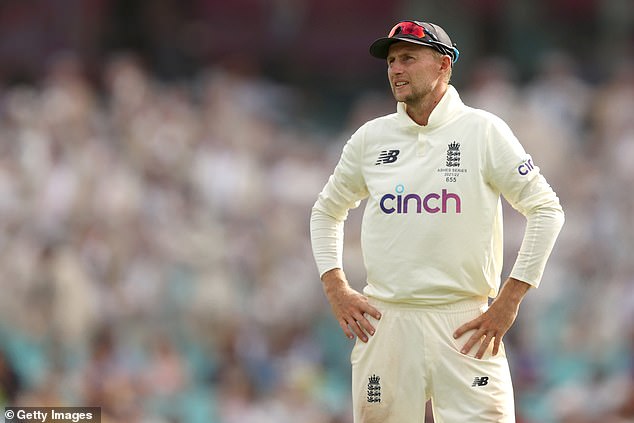 Despite his affable manner, he also grew weary of the media demands that go with the territory of a public position. To the point that he was reluctant to do a press conference on Sunday — despite the man-of-the-match award, and becoming only the 14th man to breach the 10,000-run barrier in the history of Test cricket.

His argument was that he’d had his fill of such duties and simply wanted to celebrate with the other players and families.

The precious moments — bowling off-breaks to son Alfie and walking hand in hand across the Lord’s turf with daughter Bella — were put on hold. And when he did speak, the selflessness continued, as he revealed that it was his turn to do for Ben Stokes what his great friend had done for him when roles were reversed. Namely, win matches.

Their relationship is stronger than ever. Last year, Root acknowledged Stokes needed space to tackle his mental health issues but let it be known he was with him whenever needed.

In early spring, Stokes dismissed any notion of being Root’s successor in the event of a sacking. It is a special bond forged during group representative matches in their youth. 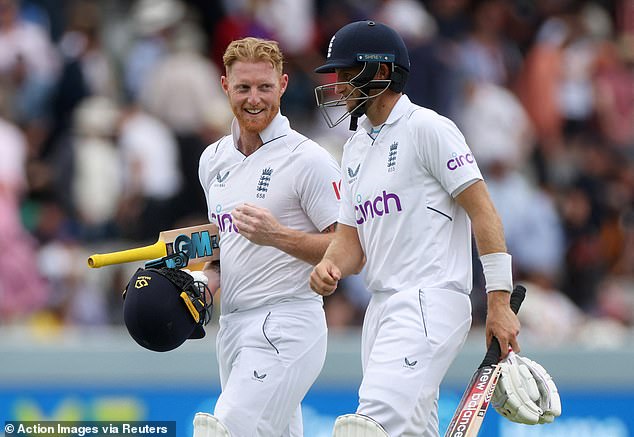 Root’s relationship with his successor as Test captain, Ben Stokes, is stronger than ever before

Sixteen months ago, when England won their sixth of an unbeaten eight-match spell, it appeared Root had not a care in the world. However, the Covid treadmill ran things off course as he was not only looking after himself during bubble living but an increasingly expanded cohort.

More than ever, Root’s responsibilities required 24/7 attention. Such demands inevitably take their toll. As one dressing-room source suggested, it should not surprise that the Yorkshireman’s 26th Test hundred was his first in the fourth innings of a match.

‘The energy that captaincy of the Test team takes out of you is incredible, and so by the third or fourth day of the match, you are naturally exhausted,’ they said.

The opening contest of the 2022 international season only just stretched into the fourth day, of course, but having scored 40 runs off the first 100 balls he faced, 75 were taken off his next 70 and Root bounded across the finish line like a Labrador puppy.

England fans will be hoping sufficient energy remains for numerous repeats during a new chapter in their best batsman’s career. 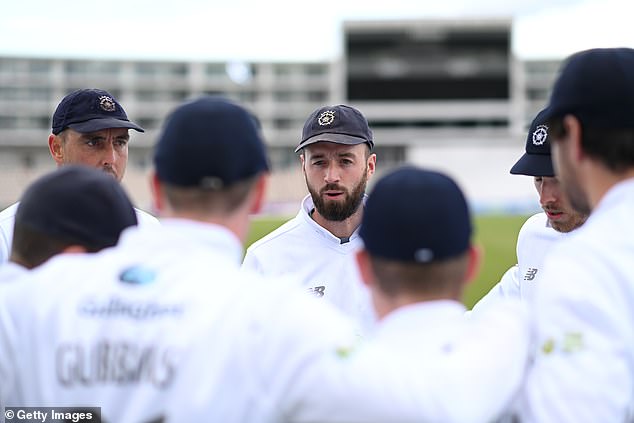