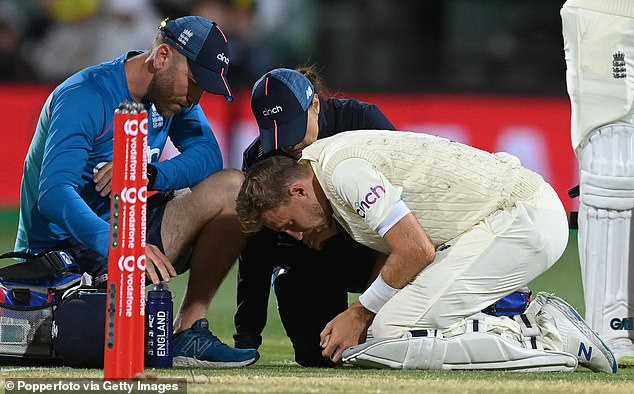 Joe Root was hailed for his bravery and determination in leading England’s attempts to salvage a draw but bowling coach Jon Lewis admitted his last-gasp dismissal was a huge setback.

Captain Root had a horrendous day on duty in Adelaide, starting with a trip to a local hospital after taking a blow to the groin during the warm-ups and ending when he nicked the final delivery of the day as England slumped to 82 for four having been set a huge target of 468 to win.

His late dismissal for 24 came shortly after he was clattered in the box at 85mph by Mitchell Starc, aggravating his earlier injury in the worst way imaginable and leaving him doubled in agony for several minutes. 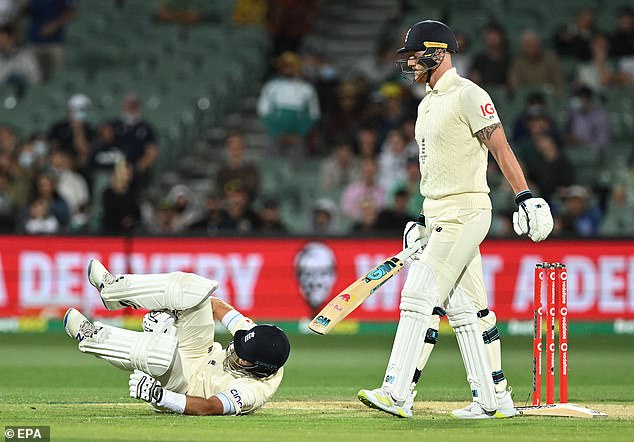 The batsman was struck below the belt by a Mitchell Starc ball, for the second time in hours

‘There was no doubt in Joe’s mind that he was batting, he’s the captain of England,’ said Lewis.

‘It’s painful, he was hit there this morning, had to go off to hospital for a scan and wasn’t in great shape.

‘But Joe’s a strong leader, he showed a hell of a lot of character to get out there and fight because I know he was pretty sore. When he was hit again he could easily have walked off and had a nightwatchman come in. 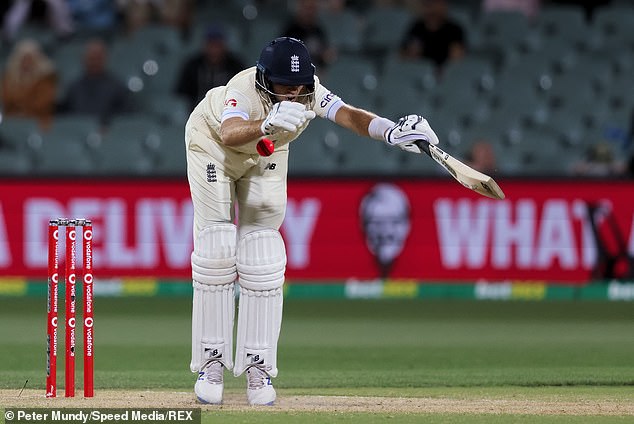 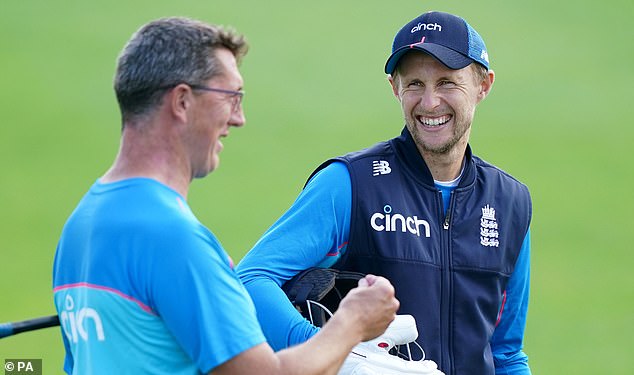 ‘But to stay out there? That’s the character of the man and what it means to him to be England captain. He wants to show how hard he wants to fight and how hard he’s prepared to fight to get back into the game.’

Amid those warm words there was room for regret too, with the realisation that his late outside edge four balls before stumps could have settled the result.

‘Any time one of your best players gets out, the team takes a bit of a knock. It’s a big, big ask but we will put the effort in and fight,’ said Lewis.

Australia vice-captain Travis Head added: ‘Root is a huge wicket, he is in fantastic form. I have a lot of sympathy for him. We got told to give him some space (on the pitch). Starc on that line is never pretty and unfortunately with the day Root has had it was not a great time to get hit.’

David Warner Sunrisers Hyderabad bid goodbye to each other 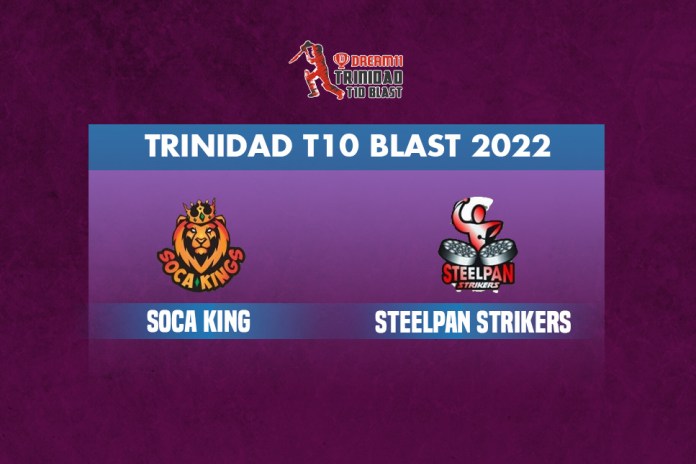