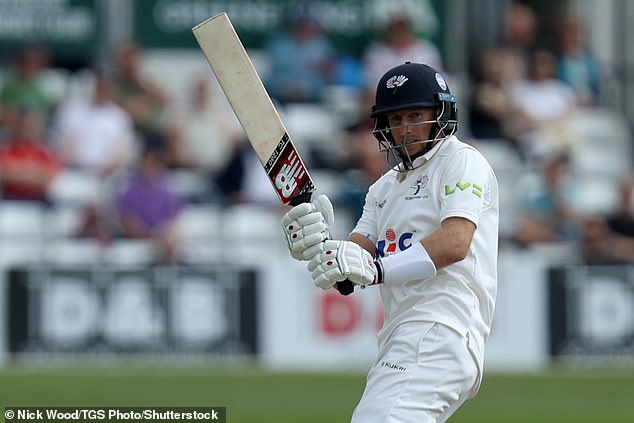 Joe Root falls 15 runs short of scoring a century for Yorkshire in his first innings since resigning as England Test captain.. just a day after his successor Ben Stokes struck a record-breaking 161 for Durham

By Chris Stocks For The Mail On Sunday

A day after Ben Stokes smashed a record-breaking 161 for Durham, Joe Root, his predecessor as England Test captain, fell short of a century of his own in his first innings since resigning from the job.

Root, who had last played in the final Test against the West Indies in Grenada 42 days previously, made serene progress on his way to 75 on day three of Yorkshire’s County Championship match at Essex.

But he missed out on what had appeared an inevitable hundred on a flat Chelmsford pitch when he was bowled playing on to leg-spinner Matt Critchley. 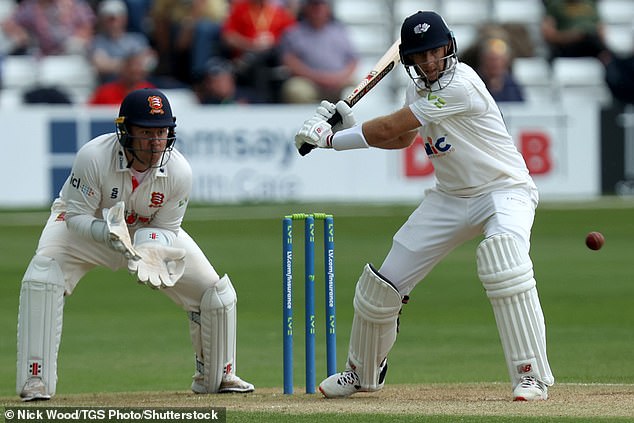 Root reached 50 from 88 balls — exactly the same number Stokes faced during his adrenaline-fuelled innings against Worcestershire at New Road on Friday that contained an English first-class record of 17 sixes.

Yet this was still a positive start to Root’s summer after a torrid few weeks that had seen him stand down from the Test captaincy after five years in the job following England’s 1-0 series defeat in the Caribbean.

Stokes is now England’s main man after being appointed captain last week, but the team will still need Root to be in the kind form that has seen him score more than 2,000 Test runs since the start of last year if they are to end a run of just one win in 17. 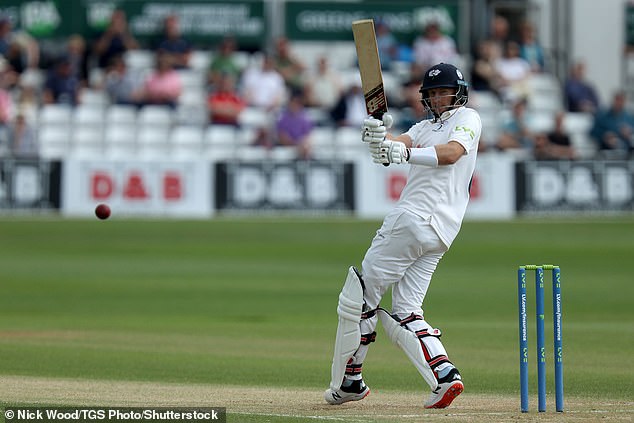 On Root’s return to the county, Yorkshire batting coach Ali Maiden said: ‘He’s fitted back in seamlessly, he’s a great character. He goes out there and peels off 75 the first time he’s faced bowlers for a while. He’s an absolute diamond of a player.’

Yorkshire began the day on 81 for three in reply to Essex’s first-innings 403. A 124-run partnership between the former England captain and nightwatchman Matthew Revis got the visitors out of danger, even if they were reduced to 205 for four when Revis was run out.

That brought Dawid Malan to the crease and he was soon joined by Harry Brook after Critchley forced a rare misjudgment from Root. The sixth-wicket pair went on to add an unbeaten 210 to ensure the visitors went into the final day with a lead of 22. 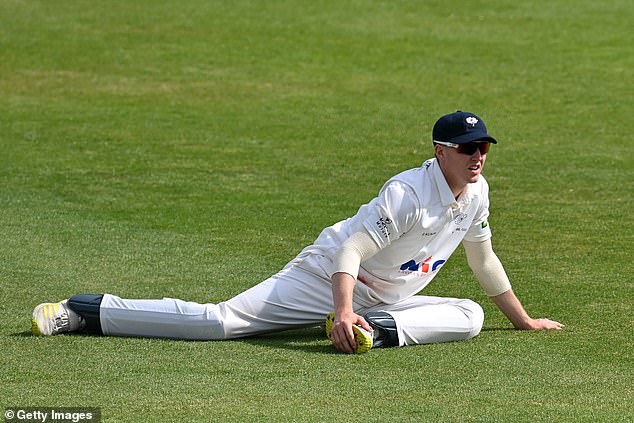 Harry Brook brought up his third century of the season, ending the day unbeaten on 110

Less than a month before the first Test of the summer against New Zealand, Malan and Brook both have points to prove, with the former dropped after last winter’s Ashes defeat in Australia and the latter a contender for an England call-up after a spectacular start to the season.

The 23-year-old Brook scored 512 runs at an average 170 from his first three games. Here he brought up his third century of the season, in 101 balls, ending the day unbeaten on 110. Malan, on 87, was still with him at stumps. Yet both he and Root were ultimately upstaged by Brook.

Coach Maiden compared Brook to Root, saying: ‘Joe at his best, you cannot stop him scoring and Harry has that ability as well. He scores off good balls and if you bowl a bad ball to him it gets murdered.’

Dan Lawrence is on track to be fit for England’s opening Test against New Zealand, which starts at Lord’s on June 2, after stepping up his return from a hamstring injury.

Lawrence is now set to return for Essex’s next match at Lancashire on May 19 and could also be included in the First-Class Counties Select XI that takes on New Zealand at Chelmsford the following week.

Lawrence would be favourite to slot in at No 5 ahead of Jonny Bairstow, who is currently playing in the Indian Premier League.

Virat Kohli, Rahul to step down, check status of 6 other captains