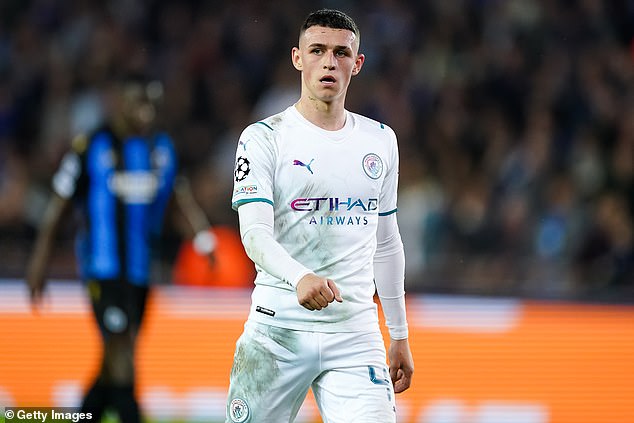 Joe Cole has praised Phil Foden after the Manchester City star produced a ‘masterclass’ in their 5-1 victory over Club Brugge.

The 21-year-old got City rolling on the night with a stunning long-range pass to Joao Cancelo, who tucked away to score the opener.

Foden played in multiple positions throughout the night and City’s Belgian opponents struggled to get to grips with the England international.

BT Sport pundit Cole praised Foden’s performance and admitted he’s frustrated with desires for the youngster to play in a set position.

He said: ‘First of all people say he’s a replacement for David Silva. What position did David Silva play at Manchester City for 10 years?

‘Left, right, central midfield. Good players and outstanding players like him (Foden) can play deep, they can hurt you with that ball, they can run in behind, they can dribble. 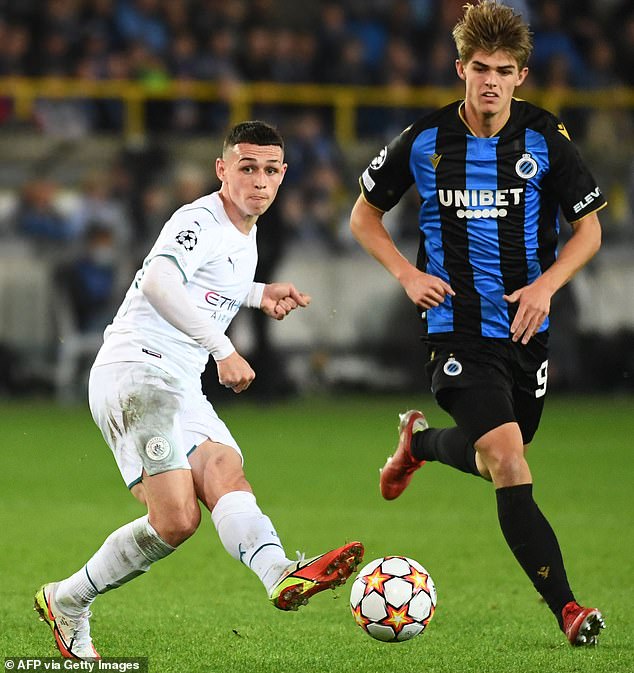 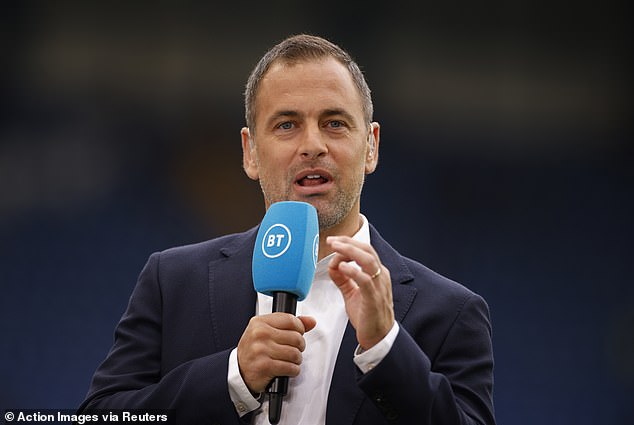 ‘This is a masterclass he’s put on tonight I love him. He’s always alive, he’s one of them players who can receive on the back foot, drive. He’s just a fantastic player.

Co-pundit Peter Crouch agreed with Cole and went on to say that he feels Foden is becoming as ‘influential’ for Manchester City as Kevin De Bruyne. 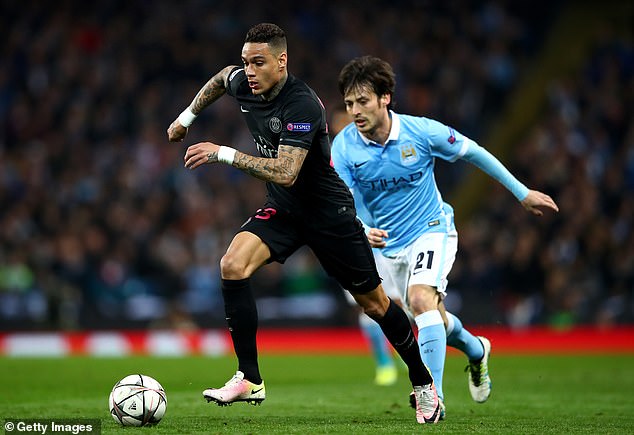 Crouch added: ‘He can do everything. It would be so good for young players to look at what he’s doing. How he receives the ball, he’s always aware, looking around himself. He can literally do everything.

‘I think even in this Man City team full of international stars, I think he’s now becoming as influential as Kevin De Bruyne. I think we can start talking of him of that ilk and the fact that he’s English, 21 years old, he can play in any role.

‘He’s got the best manager in trying to develop. Lots of managers would pigeonhole him and put him in positions.

‘Joe (Cole), was a fantastically gifted footballer but we had to put pigeonhole him on the left hand side for England. Guardiola would have played him in a free role, let’s not pigeonhole Foden.’ 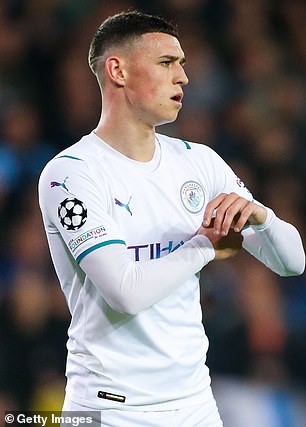 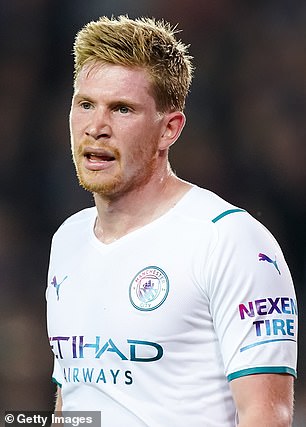 He said: ‘I’m enjoying watching him, honestly he really is (having some fun).

‘We talked about him in those deep areas and I know he’s supposed to be a central striker but when he drops deep it’s an absolute pleasure to watch it really is. 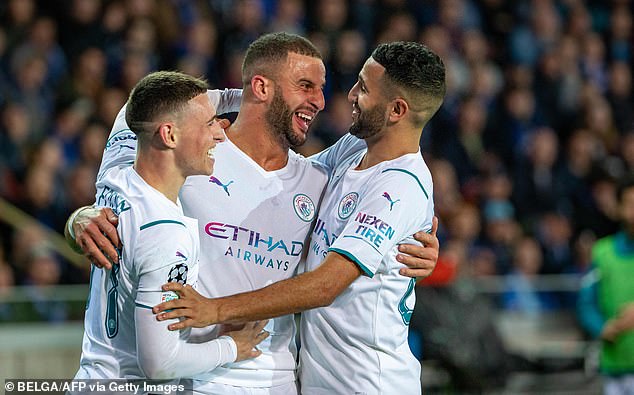 Foden celebrates with Kyle Walker and Riyad Mahrez, who both got on the scoresheet

‘Just on the ball, his balance, his weight of pass. He’s popped up in every single position across the front and deep as well and he’s just been an absolute joy.’

Foden missed the start of the season for City with a foot injury but has made a huge impact since his return.

He was Manchester City’s best performer as they managed to take a point away from Anfield following a 2-2 draw against Liverpool before the October international break, in which Foden bagged his first goal of the season. 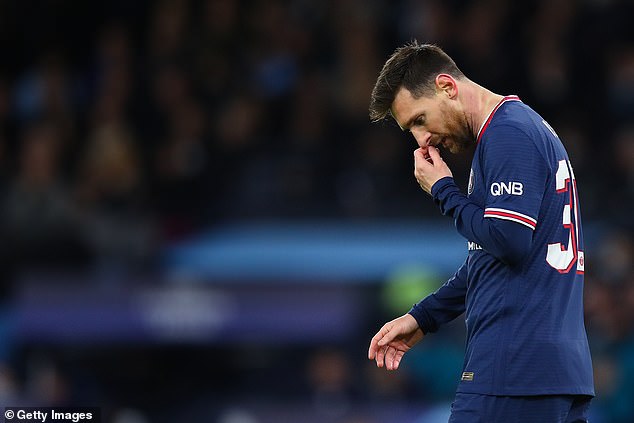 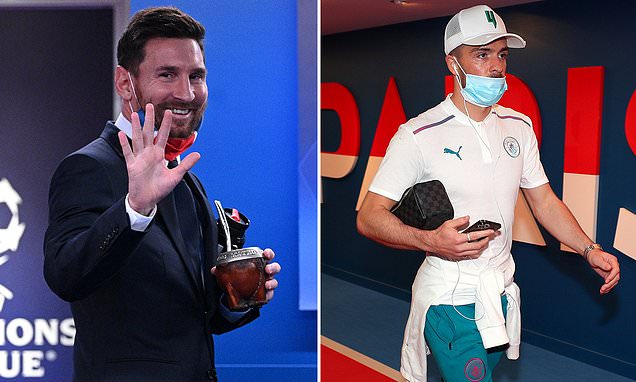 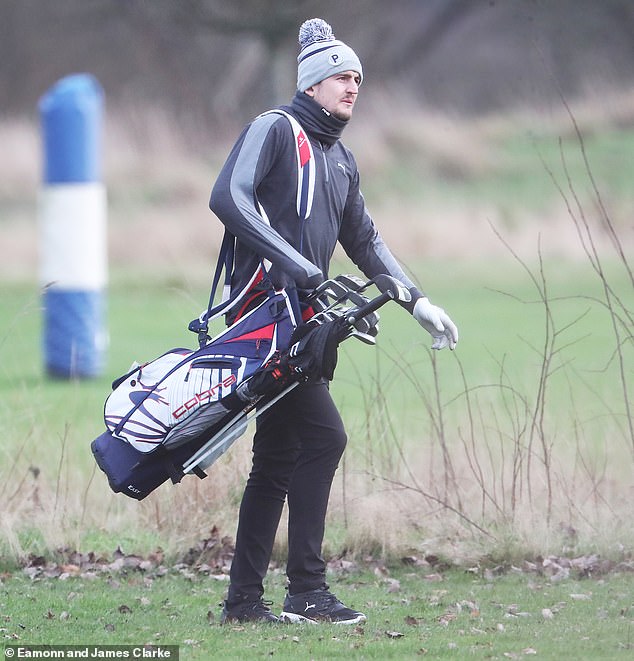