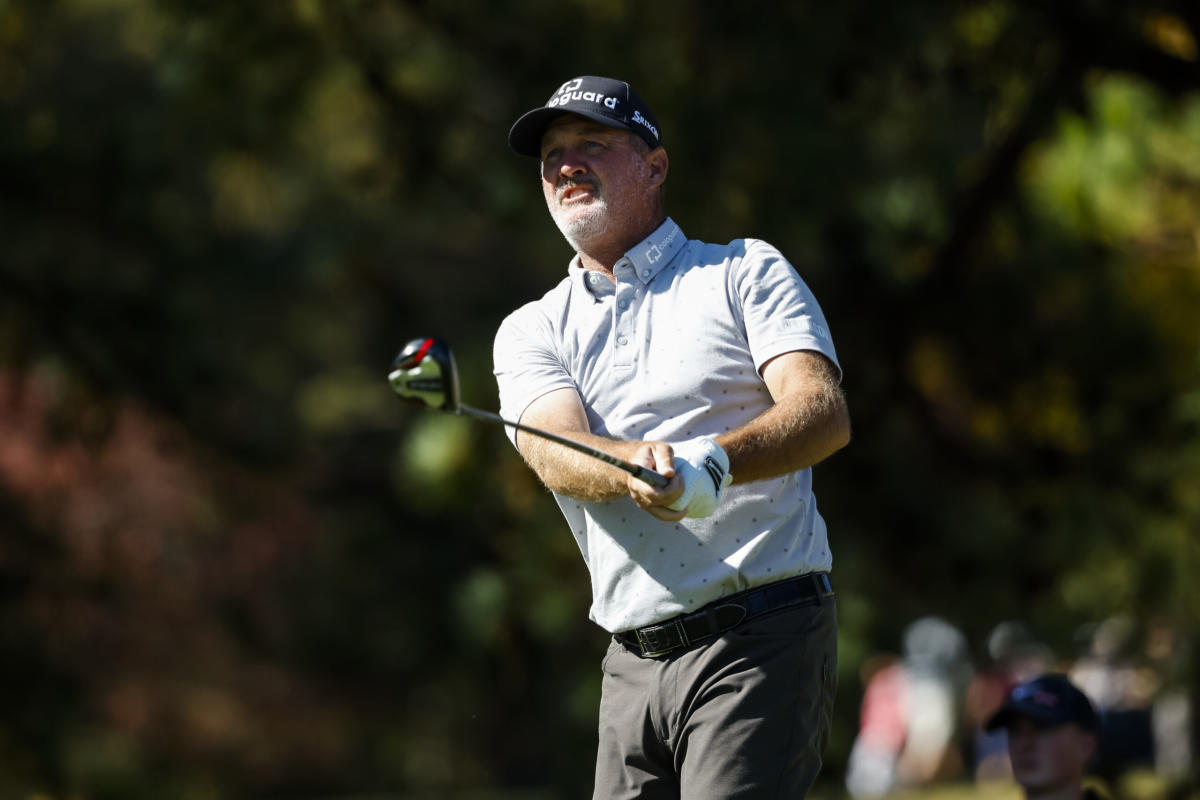 Jerry Kelly had seven birdies on his scorecard once again at the Dominion Energy Charity Classic, keeping his two-stroke lead intact in the first event of the 2022 Charles Schwab Cup Playoffs.

Kelly did have two bogeys but signed for a 5-under 67 at the Country Club of Virginia in Richmond, Virginia. He’s now 18 holes away from his fourth win, which would tie Steve Stricker for most on tour this year.

Steven Alker, who finished atop the points standings at the end of the regular season, shot a 7-under 65 on Saturday to get to 10 under and grab solo second with 18 holes to go. Alker had eight birdies and a bogey in his second round.

Padraig Harrington, who also has three wins this season, is tied for third at 9 under with Doug Barron. They both shot 67 on Saturday. K.J. Choi, Brian Gay and Rob Labritz are tied for fifth at 8 under, four shots back of the lead.

The Charles Schwab Cup Championship have three events with the top 72 players qualified for the Dominion. Four players didn’t sign up to play, however, as Fred Couples, Stricker, Brandt Jobe and Mike Weir all chose to be elsewhere.

Bernhard Langer, a two-time defending champion at the Dominion and a six-time Schwab Cup winner, shot a 71 in the second round and is tied for 13th.

The top 54 from the Dominion will advance to the TimberTech Championship in two weeks at the Royal Palm Yacht & Country Club in Boca Raton, Florida, Nov. 4-6.

From there, the top 36 move on to the season finale at Phoenix Country Club for the Charles Schwab Cup Championship, Nov. 10-13.

Who’s in, who’s out (Fred Couples), what’s the format and more for 2022 Charles Schwab Cup Playoffs