DES MOINES, Iowa — Jerry Kelly took advantage of a final round drop in standings by Steven Alker to win the Principal Charity Classic on Sunday, staying composed through an inclement weather delay and a playoff.

The last time the PCC went to a playoff was 2019, and Kevin Sutherland was the champion that year.

He finished with a birdie in the single playoff hole, while Kirk Triplett hit par, to claim the winner’s prize of $277,500. Both Kelly and Triplett finished at 18 under.

“It’s just a good old-fashioned afternoon,” Kelly said after accepting the championship trophy at the Wakonda Club. “It felt good all week, I just had to keep my patience in there, and that was what sent me through.”

That brings Kelly’s total Charles Schwab Cup winnings to $703,805. He was ranked 14th ahead of the PCC, with top-10 finishes in the Cologuard Classic, Chubb Classic and ClubCorp Classic. This was Kelly’s first win this season.

Kelly finished the second round on Saturday in a four-way tie for first. He shared the top spot with Kirk Triplett, Brett Quigley and Alker, all of whom shot 13-under 131 through the first two days of the PCC.

At the lightning delay Sunday, Kelly was tied for first with Triplett at 17 under through 15 holes. It was back-and-forth between the two frontrunners all Sunday, as Alker couldn’t continue his success from Saturday into Sunday’s competition and Bernhard Langer couldn’t find a way past the top two golfers.

Rain was expected Saturday and Sunday but didn’t hamper play during the second round. The final round didn’t go off as smoothly, and around 3:45 p.m. the horn was blown and play was suspended due to lightning.

Kelly said after the second round that weather often controlled the results of these tournaments more than anything else. But the weather ended up having little effect on the field.

After returning from the delay, Kelly hit par on the 16th hole before recording a birdie on the 17th hole. He hit par on the final hole, which led to the playoff round. With the championship coming down to a playoff round, Kelly’s shot landed in better position compared to Triplett’s, and Kelly sank the birdie for the win.

Triplett’s lead after Friday’s opening round marked the seventh time he led or co-led the after the first round of a PGA Tour Champions event, but he had yet to win a tournament after posting the top score out of round one. That streak continued Sunday.

It was emotional moment following the win for Kelly, whose wife, Carol, has been dealing with the effects of kidney cancer.

“I had to miss Carol’s treatments that are going on right now for this tournament,” Kelly said. “I wanted to give her something to actually be happy about, and then she gave me the best present possible by having such clean scans on Friday afternoon.

“Big chills right now, great feelings. (Carol and my son are) the ones that make me stay strong out here even when I’m not strong. It’s everything.” 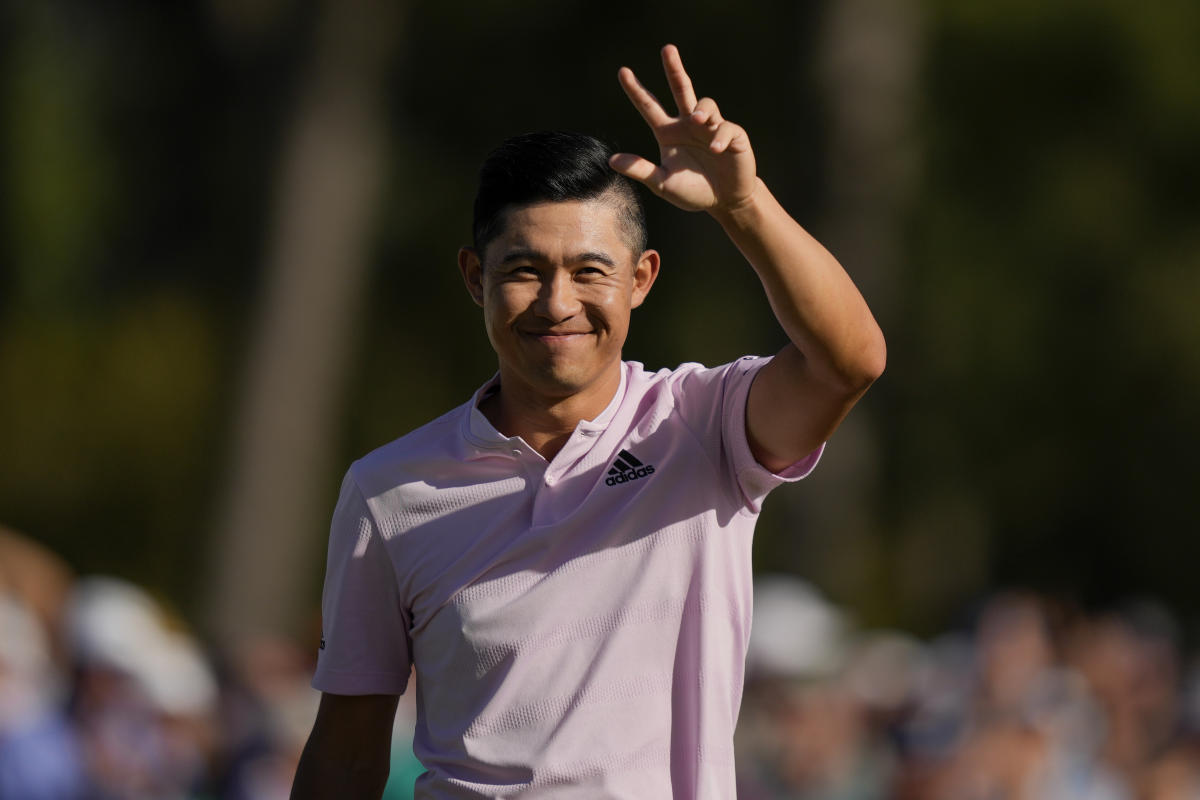 Morikawa the favorite for RBC Heritage

When it comes to the distance debate, the USGA and R&A have a friend in Augusta National

New portable technology that can serve a dual purpose