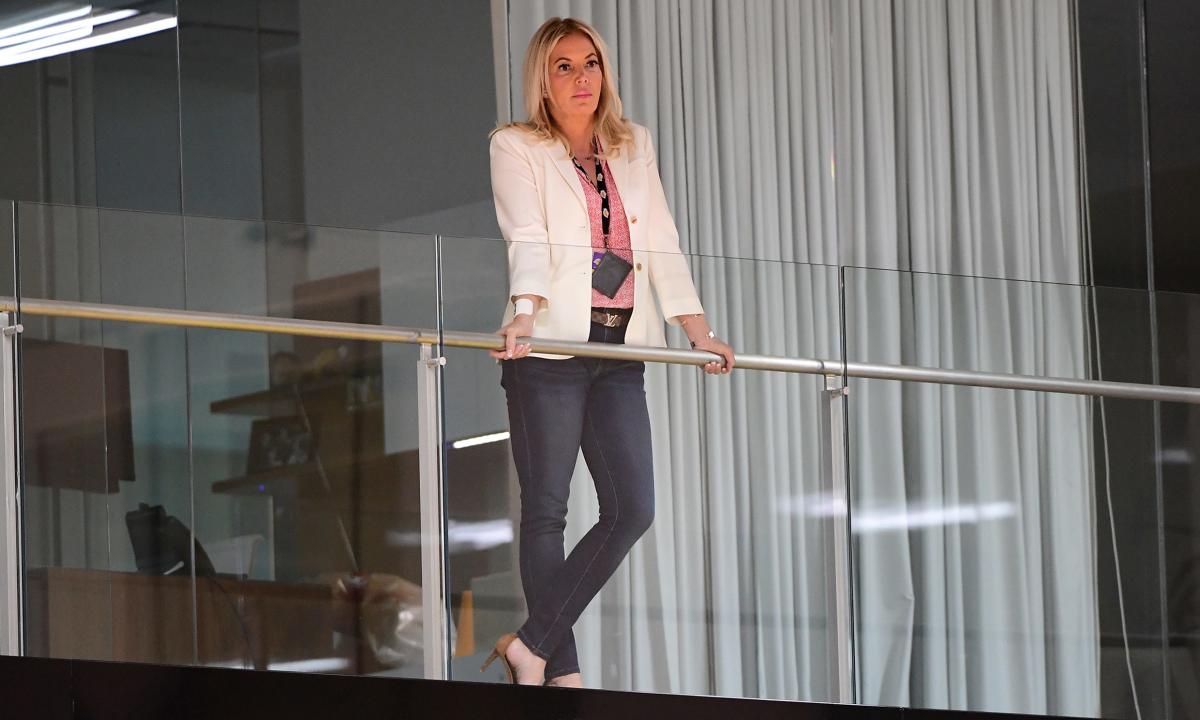 Going into last season, the Los Angeles Lakers were expected to contend for what would’ve been their 18th NBA championship, but instead, they fell apart at the seams and missed the play-in tournament.

Lakers fans across the land breathed a sigh of relief when the team’s arch-rival, the Boston Celtics, failed to win their 18th title and lost to the Golden State Warriors in the NBA Finals two months ago.

Both teams are still tied with 17 world championships, and Lakers owner Jeanie Buss is still determined to take the lead in that department.

“When he started, he wanted to take on the Boston Celtics and all the winning they had done,” Buss told Yahoo Sports. “Now, with ring No. 17, we’re tied with the Celtics in terms of winning [championships]. That’s what he set out to do. And certainly the work is not done yet. We have to continue that quest, and we’ll do so.”

It has been said that when Buss’ father, the late Dr. Jerry Buss, bought the Lakers in 1979, he did so because he wanted the team to surpass the Celtics in total championships.

At the time, Boston had 13 while L.A. only had six, and the latter has certainly done well in that regard ever since.

Many consider the 1979-80 season, the elder Buss’ first as the Lakers’ owner, to be the start of the modern era of the NBA, and since then, the Purple and Gold have won 11 championships while the Celtics have claimed just four.

Unfortunately, the Lakers have lots of work to do before they can even seriously think about contending for banner No. 18.

The contradictory nature of Kyrie Irving’s situation with the Nets