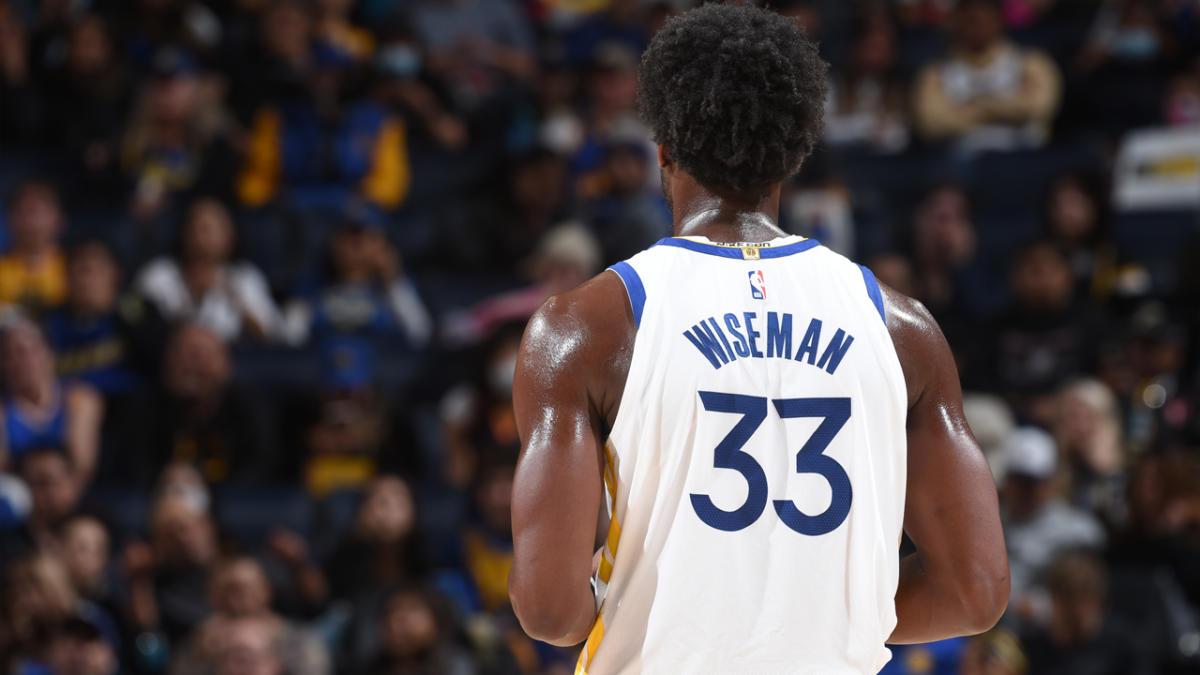 SAN FRANCISCO – The Warriors have on their roster three toddlers by NBA standards, and the least experienced among them has taken an early lead in the competition for playing time.

One game into the season, James Wiseman has secured a spot in Golden State’s playing rotation.

The other non-rookies in the 21-and-under club, Jonathan Kuminga and Moses Moody, have work to do before they can expect regular minutes.

Warriors coach Steve Kerr indicated early in training camp only the starting five – Stephen Curry, Klay Thompson, Andrew Wiggins, Draymond Green and Kevon Looney – and Sixth Man Jordan Poole were locks in his rotation. The other slots, the coach said, were up for grabs.

JaMychal Green and Donte DiVincenzo, being veterans, figured to have an advantage, so it was the youngsters who were in peril.

Kerr made it clear Thursday that Wiseman, 7-feet-1 and 21 years old, is the first member of the kiddie corps to reach up and snag a spot.

“I do like our second-unit combination of the two pick-and-roll playing guards, Jordan and Donte, with James because of James’ ability as a lob threat and rim runner,” Kerr said after practice. “Those three have been a good combination. We can put a lot of different people around those guys.

“That’s the one thing I’ll probably stay with into the future. We’ll see how it goes.”

JaMychal Green will be first in line to join Poole, DiVincenzo and Wiseman in the second unit, with the remaining spot still being determined. Those four opened the second quarter in the opening night win over the Los Angeles Lakers, taking the floor with Kuminga.

Kuminga played the first four minutes of the quarter and didn’t score, didn’t grab a rebound and didn’t record an assist. He committed two fouls and one turnover. He wasn’t much better during stints in the third and fourth quarters. He was scoreless over 13 minutes but pulled three rebounds.

Wiseman, meanwhile, played 17 minutes against the Lakers, finishing with eight points, seven rebounds and one block.

“I was nervous,” he said after the game, “especially since this was my first game in two years. I was definitely nervous out there.”

“You could see the nerves; James is a really good foul shooter, and he went 0-4,” Kerr said after the game. “That was strictly nerves in my mind.

“I thought JK was pressing a little bit.”

Though Wiseman’s uniqueness as the only true center on the bench made him an early favorite for second-unit minutes, he still had to prove worthy of deserving more than 10 or 12 minutes per game, which is roughly where JaVale McGee hovered during his two seasons with the Warriors.

Wiseman got a face full of Lakers star Anthony Davis on Tuesday, and he can expect to see reigning two-time MVP Nikola Jokic of the Nuggets at times Friday night.

Insofar as Wiseman is the least experienced non-rookie on the roster – 40 NBA games, to 53 for Moody and 71 for Kuminga, both of whom are 20 – if he is able to impact games in ways similar to McGee, it’s a win for the Warriors.

Then, too, getting regular minutes in the first week of the season does mean Wiseman or anyone else will avoid fluctuations as the season goes on. Andre Iguodala, for example, is not in the rotation but surely will be at some point.

RELATED: Ask Kerith: How will Warriors disperse minutes with so much depth?

“It’s tricky because of the minutes restrictions for (Klay) and Draymond; I don’t anticipate that will last more than a couple weeks,” Kerr said of forecasting bench minutes. “Assuming everything goes well, both guys should be able to play their usual minutes sooner rather than later.

“For the next few games, we’ve got to mix and match a little bit.”

Kerr played 10 players during the competitive portion of the game against the Lakers. Moody entered along with rookie guard Ryan Rollins in the final two minutes. Rookie forward Patrick Baldwin Jr., nursing a thumb injury, did not play.

Baldwin and Rollins don’t figure to be in the rotation. Kuminga and Moody figure to have opportunities to earn minutes, something Wiseman already is doing.